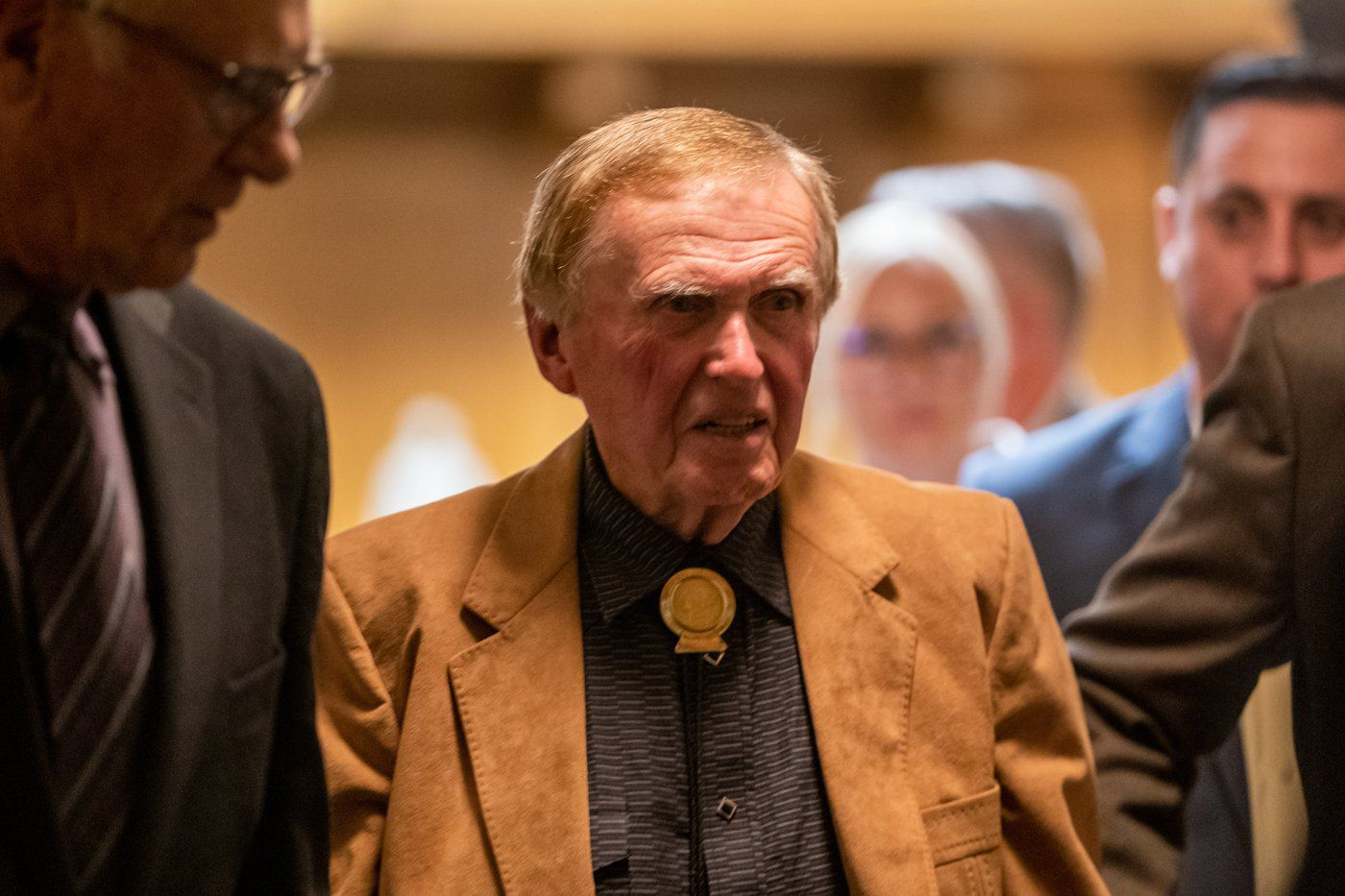 Colin Thatcher, former MLA of Saskatchewan and convicted murderer, walks out of the chamber after the speech from the throne at the Saskatchewan Legislature in Regina, on Oct. 26, 2022. File photo by The Canadian Press/Heywood Yu
Previous story

While he didn't extend the invite to Thatcher, Moe said he is ultimately responsible as premier and leader of the government caucus.

Thatcher, who is 84, was invited by member of the legislative assembly Lyle Stewart, who was stripped of his legislative secretary duties effective Monday.

"To all of those who have attended the speech from the throne, to all members of this assembly and to all of the people of Saskatchewan, I offer my unequivocal apology," Moe said in the chamber of the Saskatchewan legislature Monday.

Moe said he took the weekend to reflect.

"As individuals, each of us has to make an effort to ensure that we are doing all that we can to stop interpersonal and domestic violence in our families, in our friend circles, in our communities and across the province," Moe said in the legislature, referencing Saskatchewan's high rate of domestic violence.

He wore a purple tie, a colour that's associated with International Women's Day — the same one he wore to mark the occasion earlier this year.

Stewart, who was in the chamber as Moe delivered his apology, did not make eye contact with the premier as he spoke.

The member said in a written statement last week it was "an error in judgment" to invite his longtime friend Thatcher to the speech.

Thatcher's ex-wife, JoAnn Wilson, was found beaten and shot to death in the garage of her Regina home in 1983.

Thatcher, who was an energy minister under former Conservative premier Grant Devine, was found guilty of first-degree murder and sentenced to life in prison. He served 22 years behind bars before he was granted full parole in 2006.

The Opposition NDP has criticized the invite, and asked the government to strip Stewart and Minister of Policing Christine Tell from their duties.

Both Stewart and Tell initially said they weren't concerned about the optics of having Thatcher at the speech.

"He has a right to be here," Tell said after last week's throne speech. "He's a citizen of our province who paid his debt to society. That's just the way it is."

She incorrectly mischaracterized Thatcher as a free man, but he is still serving a life sentence and reporting to a parole officer.

The government refused to make Tell available for an interview Monday.

"I think the fact that we have not seen Minister Tell come out and respond to her very out-of-touch comments last week has not shown any indication that she has walked back on those comments," Opposition NDP Leader Carla Beck said. "And if she refuses to apologize, I do think that this is grounds for her to be removed from that position."

Moe confirmed that he would not be disciplining Tell for her remarks, and that his apology is on behalf of his entire Saskatchewan Party caucus.

This report by The Canadian Press was first published on Oct. 31, 2022.

Squashed by cars, slaughtered in their nests, Canada’s big snakes are under siege