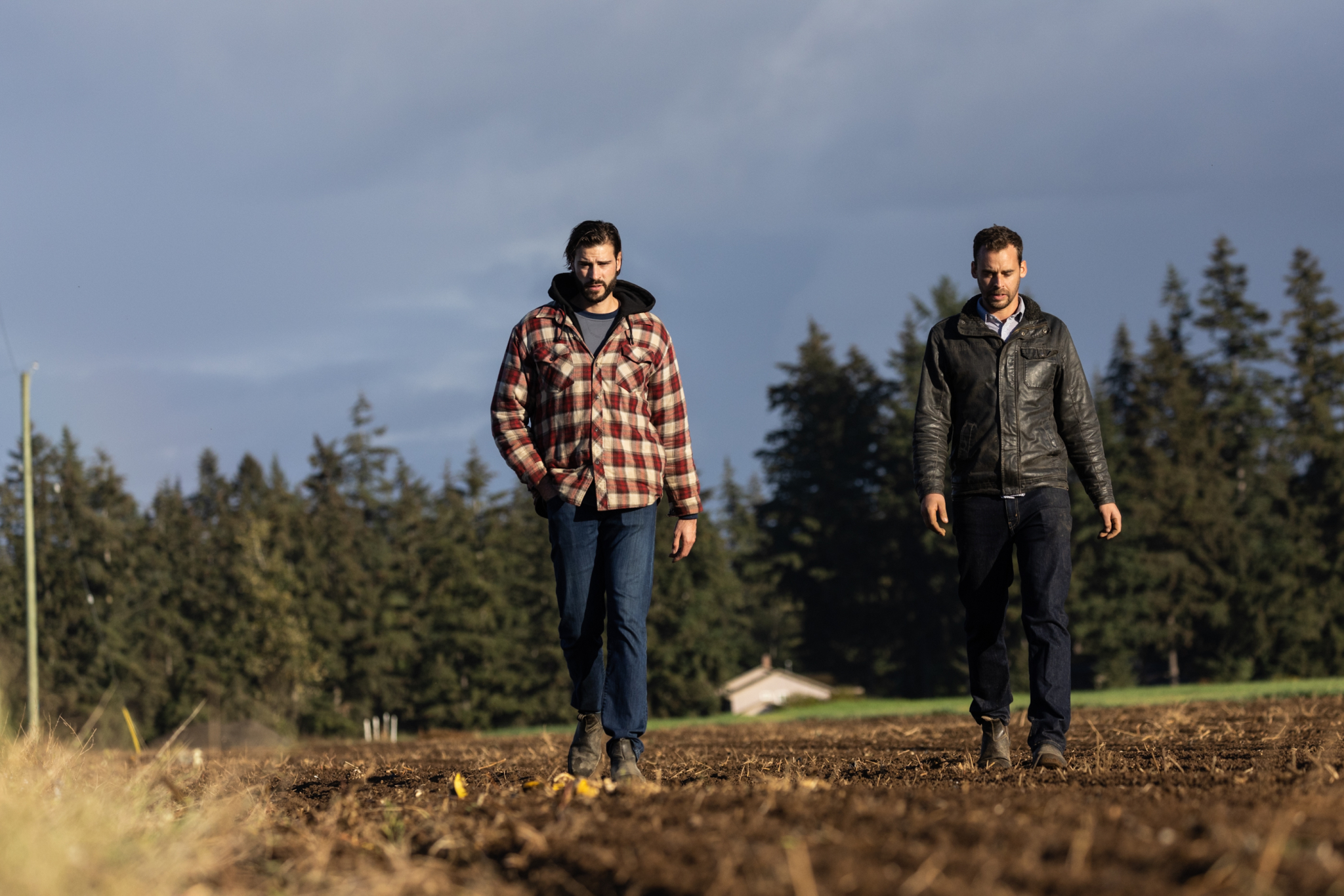 For the past five months, Surrey farmers Tyler Heppell and Tristin Bouwman have been trying to prevent developers from paving over a chunk of fertile land that grows the bulk of local B.C. produce sold in early spring and late fall.

The "extremely rare" 220-acre parcel is owned by the federal government and poised to go up for sale, Bouwman explained. Leased by Heppell’s family since the 1970s, the land is currently zoned for industrial uses. Unlike most of the province's farmland, it is not protected by B.C.'s Agricultural Land Reserve (ALR), leaving the land vulnerable to being transformed into an industrial park by the highest bidder. ALR land must primarily be used for farming and can't be developed.

After a summer spent stirring up support from the public and local politicians to protect the land, Heppell and Bouwman are calling on the federal government to transfer the land into the province's ALR.

"This piece is critical for our regional food security during the time of year when we rely most on California's production," Bouwman said.

The struggle to keep farmland off limits for developers is a nationwide problem. Unlike the U.S. and many other countries, Canada doesn't have a national plan to protect farmland. B.C. and Quebec have the most comprehensive protections, followed by a patchwork of rules in Ontario. None of the other provinces or territories have strong laws to protect their farmland.

Only about 7.2 per cent of Canada's landmass is arable, according to Statistics Canada. High-quality soils essential for produce are even more rare and concentrated along the St. Lawrence River in southern Ontario and in B.C.'s Lower Mainland. These regions are under intense pressure from developers who want land for housing and industrial uses.

These fields, pastures and orchards are poised to become even more important in decades to come. About two-thirds of all produce consumed in Canada is imported. Most of it comes from the southeastern and southwestern U.S. Both regions have been hard hit in recent years by extreme weather like droughts or hurricanes, problems the climate crisis is expected to make worse.

"If you want to have food security, you have to have land security," explained farmland protection expert David Connell, a professor at the University of Northern British Columbia. The federal government has developed programs to protect Canada's food system and agricultural soils, but he sees a "gap" in protecting the arable land essential to both.

The government's reluctance comes largely from divisions of powers written into the Constitution, which grant land-use decisions to the provinces and territories. Protections are patchy and open to the type of contentious conservation rollbacks Doug Ford is pursuing in Ontario. Yet as climate change worsens, Connell hopes the federal government will reconsider its stance and protect farmland to bolster national security.

The struggle to keep farmland off limits for developers is a nationwide problem. Unlike the U.S. and many other countries, Canada doesn't have a national plan to protect farmland.

Even in places like B.C. that have strong farmland conservation rules, tensions bubble up over what constitutes an accepted use for protected farmland.

"The agricultural land reserve is so inflexible and so hidebound in 50 years of encrusted rules. No one actually takes the time to ask what (land) should be used for what (purpose)," said University of the Fraser Valley professor of geography and environment Lenore Newman.

The reserve's rules have stifled debate over how best to use the land, she said. That resistance has limited discussions about using the farmland reserve's less-productive plots for industrial food production facilities like vertical farms or food processing plants. She believes the provincial government should craft rules to maximize how much food each protected plot can produce to permit industrial facilities on protected land.

However, smaller-scale farmers who lean more towards organic and regenerative farming vehemently disagree.

"That's just a ruse to get the land, to rezone to industry," said Harold Steves, a former Richmond, B.C., city councillor and the architect of B.C.'s Agricultural Land Reserve. "Once you get land … and develop it for the so-called agricultural industry, that increases the value of the property and makes it more expensive for bona fide farmers to buy the land (and that) just makes things worse."

His position was echoed in a 2020 report by a coalition of B.C. food systems experts and farming organizations. The groups were responding to a report co-authored by Newman pushing the province to support industrial food production in the farmland reserve for food security.

Back in Surrey, Heppell and Bouwman are "cautiously optimistic" the land will be saved.

"We're not anti-development necessarily," Heppell added. "We understand there's a housing crisis and an industrial land shortage. (But) why would we develop the best farmland when there's so much other marginal land?"

A June petition about the land received over 70,000 signatures and saw widespread media attention. It was enough that the previous Surrey municipal council in July passed a motion to rezone the field as agricultural next year and try to get the land into B.C.'s land reserve. Both Steves and Newman echoed their support to keep Heppell's plot as farmland.

A municipal election in October changed the city council, but both men hope the new councillors will stick with their predecessors’ commitments. They are also petitioning the federal government to transfer the land into the province's land reserve to ensure it remains in production, in case municipal priorities change.

"You gotta have faith," Bouwman said.

What is the matter with us

What is the matter with us that we do not protect our small amount of arable land? To rely heavily on imported food is putting our population at high risk for world food shortages and resulting hardship and starvation. Are we so eager to continue to out money in the pockets of those who already have more than their fair share of wealth?

The IRISH POTATO FAMINE should be lesson enough for all time....not only do we need to protect and preserve our most arable land....but we need to preserve it for local Canadian agriculture. Arable land will be at a premium in the years ahead.......and no one should be able to own it but local farmers. Industrial use should be out of the question, but so to should foreign ownership where the needs of multinational business can trump local food security.

There was no potato famine in Ireland all those years ago. The potatoes simply went to English tables. Imperialism works that way.