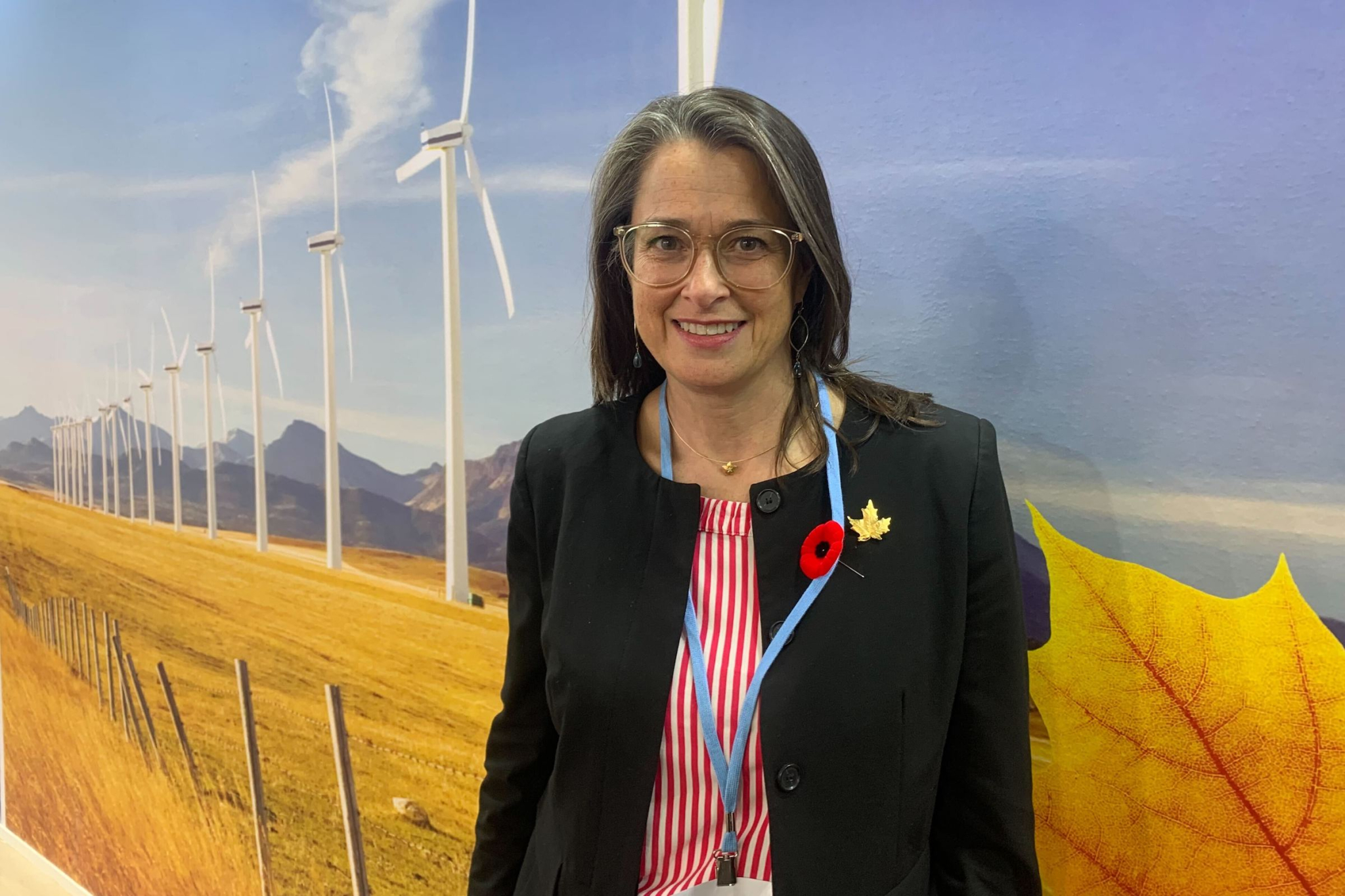 The next two months might be the busiest of Catherine Stewart’s life.

As Canada’s climate change ambassador, she plays an important role in negotiations at COP27, the United Nations’ climate conference taking place in Sharm el-Sheikh, Egypt. Working under the direction of Environment and Climate Change Minister Steven Guilbeault and alongside chief negotiator for climate change Steven Kuhn, Stewart and her colleagues are the three top dogs of Canadian climate diplomacy.

Stewart is no stranger to the climate world. Before she was appointed climate change ambassador in August, she had Kuhn’s old job as the chief negotiator for climate change. In her new gig, she won’t be “digging in and rolling up my sleeves on the climate negotiation itself;” rather, she’ll be supporting the “higher goals” of the negotiations by highlighting Canada’s contributions, she told Canada’s National Observer over the phone in late October.

For some, it may be easy to dismiss the job as greenwashing Canada’s reputation, but the work Stewart describes highlights the ins and outs of international diplomacy. Inside the negotiating rooms, pointy-headed delegates wrestle over word choice and questions. Should that be “phase out” or “phase down”? What, exactly, do we mean by “unabated”? Should carbon offset credits be tradeable? Who should trade them, and how? Outside those rooms, higher-ranking civil servants and politicians push big-picture visions like the role of hydrogen in a net-zero world.

How the two come together is the art of diplomacy. Countries are simultaneously trying to co-operate to bring down global greenhouse gas emissions and battling to secure an edge in the energy transition. This is geopolitics of the anthropocene.

With 25 years in government, working on issues ranging from fighter jets to climate change, Stewart’s role highlighting the country’s positive contributions is not just for the sake of it; it’s to build support for Canada’s vision of what a decarbonized world should look like.

As COP27 kicks off this week and Canada prepares to welcome delegates to Montreal next month for an equally massive UN biodiversity conference, Stewart is on a charm offensive and looking to underscore the links between bringing down global emissions and protecting nature.

In Egypt, Stewart says there will be opportunities to talk about Canada’s national adaptation strategy, a plan “that touches on both climate and nature, so I'm looking forward to profiling that,” she said. “Also going to be moderating a panel on sustainable finance, and there's a definite connection to tease out between financing climate investments and investments that also have an impact on nature.”

When the UN biodiversity conference comes to Montreal, “I suspect it will be a similar type of opportunity, looking, for example, at biodiversity finance and where is the connection to climate,” she said.

Climate finance plays a key role in negotiations because rich countries, like Canada, have failed to live up to a promise made in 2009 to provide US$100 billion a year to developing nations by 2020 for bringing down greenhouse gas emissions and bracing for damage from climate change that is already locked in. That promise paved the way for the signing of the Paris Agreement, the world’s current blueprint for tackling climate change, in 2015. Today, this broken promise has made climate negotiations tense because some developing countries do not want to increase their own climate goals until more money is made available, which means restoring trust is high on the agenda for COP27.

Here's what Canada's climate change ambassador will be up to at the United Nations' #COP27 climate conference in Egypt — and how she'll set the stage for Montreal's massive biodiversity conference in December. #cdnpoli

In late October, Canada and Germany published a plan saying they expect rich countries to deliver the $100 billion by 2023. The progress report outlined several steps to make good on the promise, like increasing money for adaptation, suggesting ways to improve access to finance and the role of multilateral development banks.

“As the world confronts the rising impacts of climate change, it is more vital than ever for developed countries to make good on their commitments on climate finance, and to provide developing countries the resources to fight climate change, and cope with its consequences,” Guilbeault said in a statement at the time. “It is our duty, and in our own self-interest, to help them build climate resilience, and more sustainable, low-carbon economies.”

The recent progress report “exposes the lack of political will, the lack of international co-operation and solidarity to truly address the climate crisis, which is now deeply entwined with a debt crisis in many developing countries pushing them further into poverty and economic precarity,” she said in a statement. “Real ambition, real climate action hinges on ensuring that rich nations pay their dues in the form of grants in a manner that is additional, transparent, accountable and predictable.”

Stewart says the progress report was important for Canada because it demonstrates commitment to the issue and helps “build trust and confidence around the table at COP.”

“For Canada going into COP27, we totally recognize the damage that is happening, especially to global communities, and we actually want to be a really constructive player in these discussions,” Stewart said.

She said Canada’s vision is to work through established channels, referring to things like the Glasgow Dialogue and Santiago Network, designed to create space for countries to discuss options for damage compensation.

As Canada’s National Observer columnist Chris Hatch recently noted in his Zero Carbon newsletter, the $100-billion goal is far from adequate. Putting it in perspective, it’s “the amount of profit the biggest oil companies are raking in each quarter this year,” he wrote.

At UN climate summit, India to flex its negotiating muscles

After 26 get-togethers, it dawned on someone that a little trust is needed?

Who could have guessed.

What will be the excuse next year?