RCMP was caught off guard by blockade despite warnings: Coutts mayor 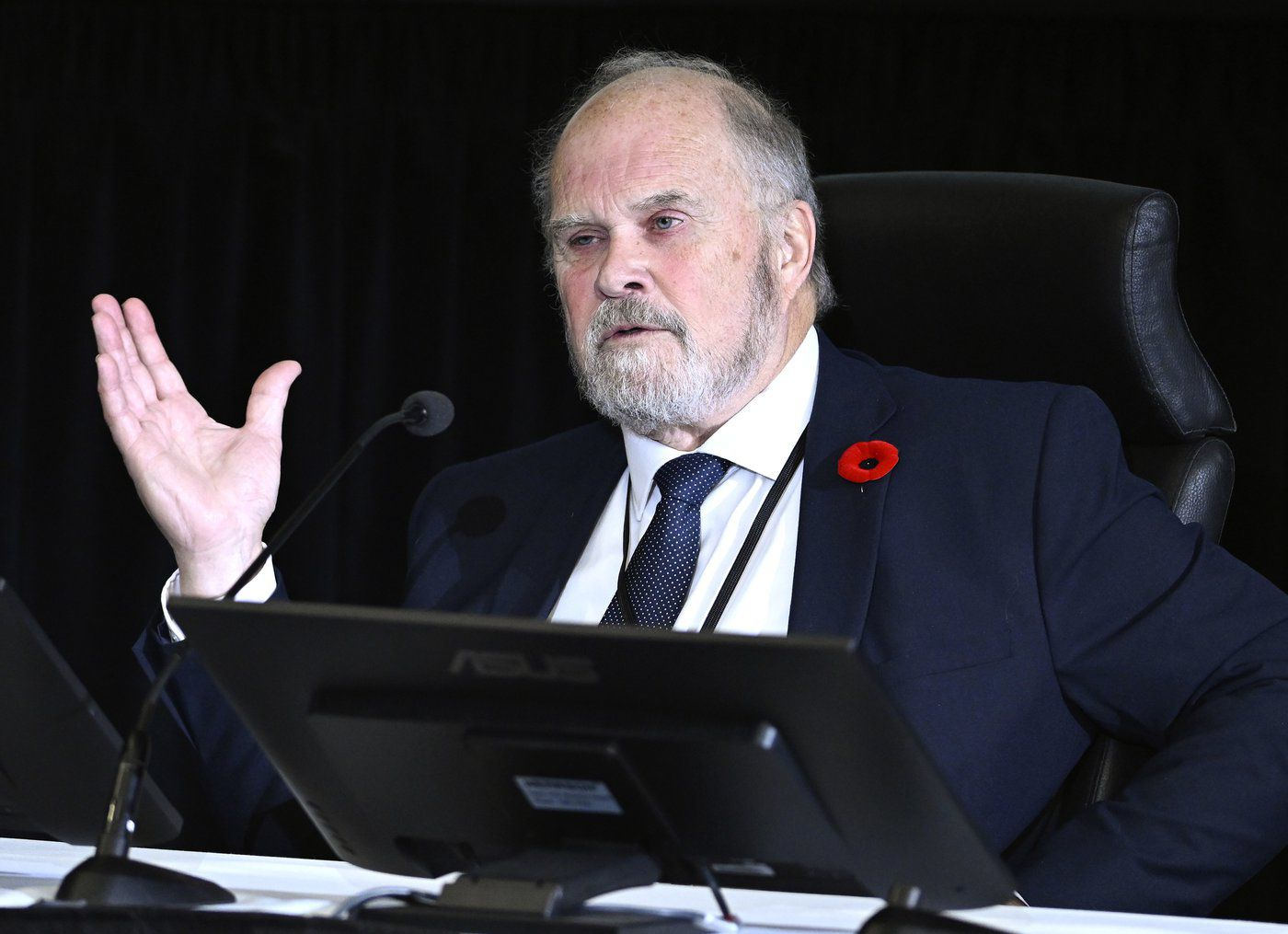 RCMP appeared caught off guard by protesters blockading a Canada-U.S. border crossing last winter despite Alberta's government being warned ahead of time, the mayor of Coutts, Alta., testified at a public inquiry Wednesday.

Mayor Jim Willett said he spotted a social media post about plans for protests against COVID-19 restrictions and notified provincial officials two days before a convoy of trucks appeared in the town.

Willett was appearing before the Public Order Emergency Commission, which is investigating the federal Liberals' use of the Emergencies Act weeks into the "Freedom Convoy" protests that gripped Ottawa's downtown and inspired similar demonstrations elsewhere.

He told the inquiry that he warned Jason Kenney, the then-premier of Alberta, and the province's solicitor general about the impending protest by email on Jan. 27.

Coutts is a small border town of just 245 people. Willett said he worried about residents' vital access to the highway. He also flagged the possibility of a protest turning into an international incident, he said.

The next day, the solicitor general's office assured him the RCMP was on top of it and they had it under control.

But on Jan. 29, a large convoy of trucks appeared at the border. Then they blocked the road, a move that Willett said seemed to catch the RCMP off guard.

"It became obvious that nobody was in control," he told the commission, adding that RCMP didn't establish a large presence until three days later.

During the demonstration, hundreds of semi-trailers blocked lanes in and out of the U.S., preventing a steady stream of trade.

Many of the protesters were combative. Some got into verbal confrontations with police officers, and others used farm equipment to break through roadblocks.

A second protest encampment sprang up 10 km from the border, which required around-the-clock surveillance by hundreds of RCMP officers and Alberta sheriffs, and negotiations between protesters and police to open up a lane of traffic didn't come to fruition, Willett said.

On Feb. 12, Willett was texting with a reporter for The Canadian Press, according to evidence tabled with the commission. He said he was concerned about "a more extreme element" joining the protest and called protesters "domestic terrorists," saying he feared that if he spoke up he would be "strung up, literally."

The protests ended on Feb. 14, the same day the federal Emergencies Act was invoked, after RCMP made several arrests, seized multiple restricted weapons and charged four men with conspiracy to commit murder. During the operation, protesters attempted to ram a police car with a tractor and a semi truck.

Willett became emotional Wednesday as he described the impact of the blockade on his community, about 70 per cent of which supported the convoy, he said. "We still have neighbours that won’t talk to each other."

While some residents told him it was no issue to drive through fields to get in and out of town, others felt intimidated, he said, including an older woman who told him she would curl up in a ball in the passenger's seat when she was driven past the blockade to get to doctor's appointments.

On Tuesday, an Alberta town councillor who became an unofficial spokesman for the protesters told the commission the murder plot had "tainted" what the demonstration was really about. After weapons were discovered, it became clear that "our message had been lost," said Fort Macleod, Alta., councillor Marco Van Huigenbos.

Deputy Prime Minister Chrystia Freeland told reporters in Alberta on Wednesday that the blockades represented "a very serious challenge and threat to our national security and our economic security."

She said the Emergencies Act was necessary to "guarantee" security. "It was a very big deal. I hope and believe it is the kind of thing that happens only once in a generation, if that."

Wednesday's second witness was Mario Di Tommaso, Ontario's deputy solicitor general, who told the commission that after the first weekend of protests in Ottawa he realized it had "morphed into an occupation" that was causing "significant harm" to the community.

His testimony was interrupted early on when Gabriel Poliquin, a lawyer for the commission, collapsed and proceedings were stopped. A spokesman for the inquiry said it won't share further details about Poliquin's health out of respect for him and his family. Di Tommasso's testimony is expected to resume Thursday.

The public hearing resumed a few hours later and moved on to the testimony of Ian Freeman, an Ontario transport official.

Freeman was assistant deputy minister at the time of the protests. He said federal officials inquired about the Ontario transport ministry's ability to penalize protesters who interfered with critical infrastructure.

While Ontario did have the ability to levy penalties, Freeman said, transport officials felt that using the measures would be ineffective, since penalties could not be imposed right away.

Ontario's own declaration of a state of emergency granted the ministry some new powers, including the ability to compel tow trucks into service and suspend driver's licences.

The commission was shown notes on a call between federal Transport Minister Omar Alghabra and his Ontario counterpart, Caroline Mulroney.

"Mulroney's message to us is that they see these as federal trade corridors. They want us to take the lead," the readout says, referring to another border blockade in Windsor, Ont. "Overall I would say the tone was difficult and they were trying to put this on us."

The inquiry, which is a legal requirement under the Emergencies Act, is expected to continue hearings through Nov. 25.

This report by The Canadian Press was first published Nov. 9, 2022.