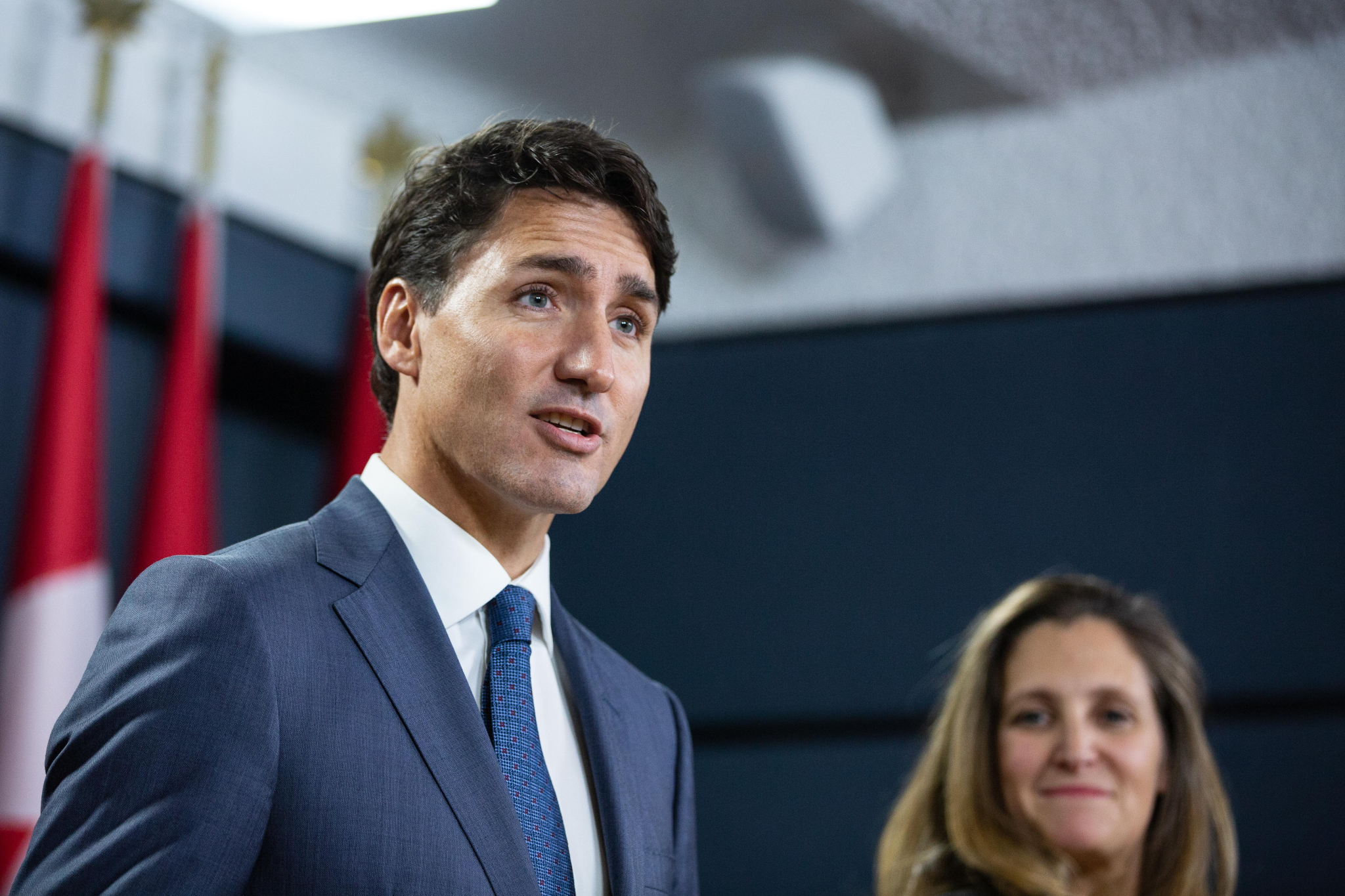 Time and time again, Conservative Party of Canada Leader Pierre Poilievre and his caucus have vowed to scrap the carbon price if elected. This cornerstone climate policy endured a challenge from Alberta, Ontario and Saskatchewan in Canada's Supreme Court, which ultimately ruled that imposing the carbon price was constitutional. Trudeau has championed Canada’s carbon price on the international stage, including advocating for a global price at a carbon-pricing event he co-hosted at last year's United Nations climate conference.

While the Liberal-NDP co-operation agreement could ensure federal political stability until 2025, companies have no assurance the carbon price will remain in effect if a Conservative government takes the helm thereafter.

Investors and companies want to know what the carbon price will be years down the line because big projects are long-lived, and the current pricing regime offers some advantages to “clean projects” over “dirty projects,” said Dale Beugin, Canadian Climate Institute’s executive vice-president.

This long-term uncertainty puts a chill on investment in low-carbon technologies and projects because companies aren’t sure if they can count on the carbon price’s existence in 2026, or 2030. The federal government’s most recent climate plan promised to explore options to give companies the policy certainty they need to invest without fear, and the fall economic statement revealed a new next step towards making this reality: carbon contracts for differences.

“Essentially, what carbon contracts for differences do is fill the gap,” said Beugin, who describes the concept as “almost insurance against the idea that policy is going to change in the future.”

“It's basically trying to future-proof against a Conservative government coming in and eliminating climate policy,” said Keith Stewart, a senior energy strategist with Greenpeace Canada and a part-time instructor at the University of Toronto.

The fall economic statement announced these contracts will come through the $15-billion Canada Growth Fund, which aims to drive decarbonization and growth in Canada’s economy. To jumpstart investments, the fund will launch later this year as a subsidiary of the Canada Development Investment Corporation before a permanent, independent structure is finalized in the first half of 2023. The Canada Growth Fund will earn back and recycle its capital so the federal government can do new things with it, a senior government official explained in the fiscal update media lockup last week.

A technical backgrounder on the Canada Growth Fund points to two types of contracts. One-way contracts mean the fund will pay the difference to the project if the carbon price is cancelled before it hits the agreed upon “strike price” in exchange for revenue sharing, equity or some other type of payment. The second option would work both ways — for example, if the “strike price” is $100 per tonne and the carbon price rises above that, the project would have to pay the difference to the Canada Growth Fund.

The Trudeau government made moves to future-proof Canada's carbon pricing regime in the fiscal update with an insurance-like mechanism so companies can count on the carbon price even if a future government cancels it. #FES2022 #cdnpoli #CarbonPrice

Contracts for differences are “an important political signal that we're staying the course on this efficient platform of carbon pricing,” said Scott MacDougall, a senior adviser with the Pembina Institute. Hopefully, it will discourage future governments from trying to undermine the carbon price, he added.

“They will face probably unpleasant financial penalties if they significantly impact the terms of these agreements and would have to pay these companies and projects out potentially under those contracts.”

Contracts for difference are widely seen as a strong solution because it makes ambitious projects less risky, which is good for companies and investors, incentivizes emissions-reducing projects and is cheaper than tax credits or straight-up subsidies, said Beugin.

For example, if an oil and gas company builds a carbon capture, utilization and storage project and then the carbon price is repealed, the company will be paid out large sums, Levin wrote. The two-way contracts referenced in the backgrounder could help address some of this risk.

The federal Conservatives relentlessly criticize the carbon price but Poilievre has yet to present a climate plan or an alternative to the market mechanism. Former leader Erin O’Toole faced backlash for proposing a much smaller carbon price, which the party ultimately ditched in February.

Conservative environment critic Gérard Deltell’s staff told Canada’s National Observer he was not available to comment when asked if his party would still cancel the carbon price if contracts for difference are in place.

“Canada, more so than pretty much anywhere else in the world, has made carbon pricing the centrepiece of our climate policy,” said Stewart. “We know the Liberals won't stay in power forever and the notion that a Conservative government comes in and simply wipes the slate clean the way the Ford government did in Ontario, that's actually keeping potential clean energy businesses from thriving because people don't want to take that risk.”

Now that the federal government is providing some of the policy certainty companies are demanding, Stewart said he thinks it's also fair to tell companies, “It's time to put up or shut up.”

“Because, you know, companies say they want certainty, they're now getting it, if they still don't invest, then we need to regulate.”

This article has been updated to correct the spelling of Dale Beugin's name.

The Crowsnest Highway corridor is attracting a concentrated number of solar and wind projects. It has grown fast, to the point regional coal-fired electricity is being rapidly displaced. The fact this is occurring in carbon-centric Alberta could be called a miracle.

This was detailed recently by Jeffrey Jones in an article in the Globe and Mail. The charts he used clearly show the quick displacement of coal by renewables, and that trend is now touching on gas.

Calling it a miracle might be a bit of a stretch. What is unique is that it is a natural evolution that was catalyzed by favourable economic conditions, not the least being the plummeting cost of wind and solar, and the resulting very competitive pricing offered to domestic consumers on the grid through Bullfrog Power and directly to large industrial players (e.g. data farms). They are also not in competition with large provincial public utilities.

It all started as a relatively token policy initiative by Rachel Notley's NDP government while she concurrently swung deep (some would say with desperation) into TMX and bitumen while the world price of oil was low and had Alberta pinned to the mat. The effort in renewables in southern Alberta has now grown wings of its own and is pretty well self-sustaining without generous public grants.

This would make a good story in the NO.

In the total absence of viable carbon policies (Conservatives) or a less than stellar effort (Liberals, NDP), it appears economics are filling the vacuum mainly because the circumstances are right. Some policies like Notley's original clean power tack and Trudeau's carbon tax, and now some kind of growth fund that seems to lock in the CT's escalators, not to mention various dribs and drabs in grants for specific renewable projects, there really is a resulting effect in the right direction.

If I'm not mistaken, the

If I'm not mistaken, the installation that passed through Pincher Creek was built some time before Notley's government.