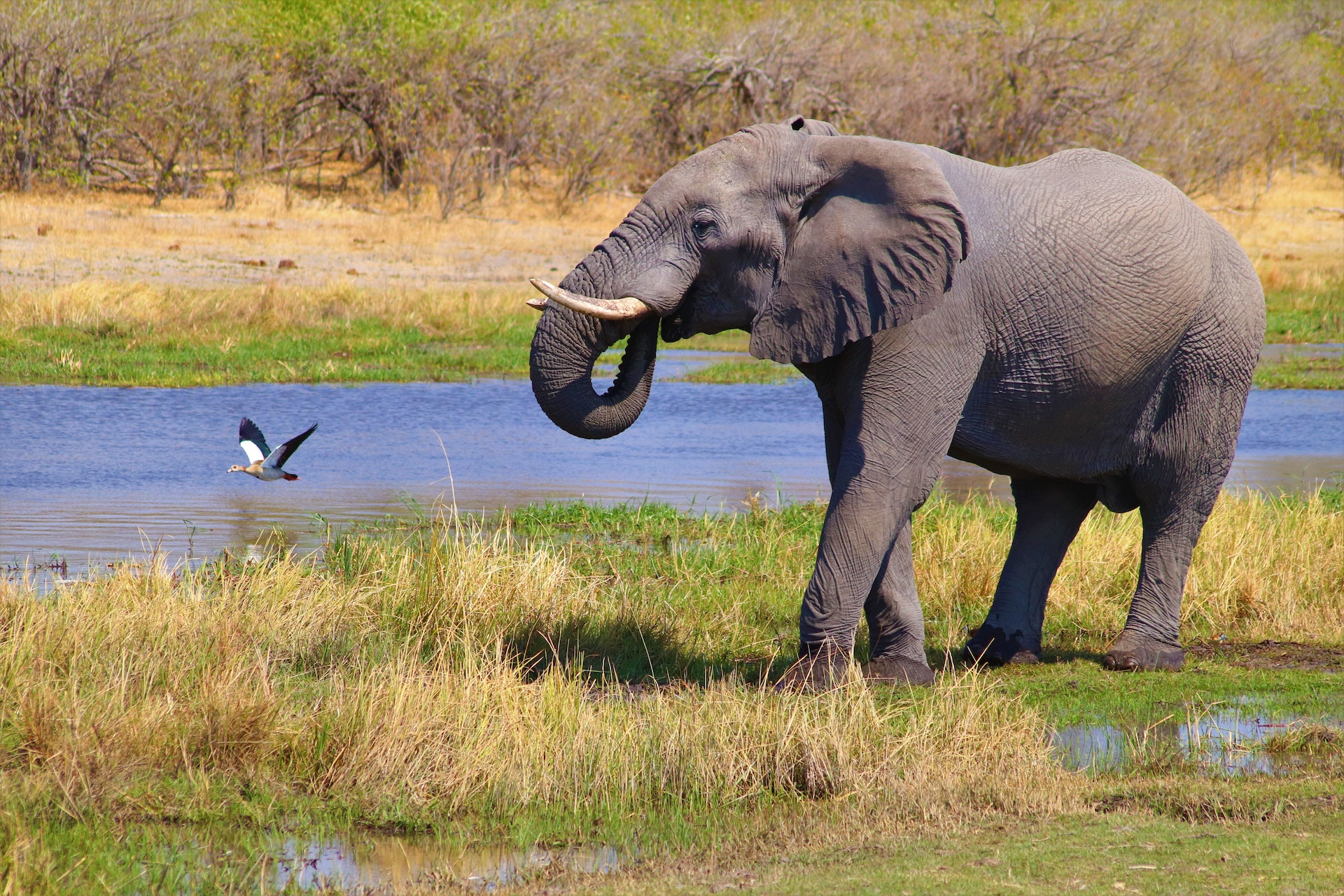 In 2014, the Okavango Delta was added to the UNESCO World Heritage sites due to its ecological and cultural significance to the San people. Photo by Photo by Roger Brown / Pexels
Previous story
Next story

Canadian companies are helping drive a wave of fossil fuel expansion in Africa, new data from German climate and human rights group Urgewald shows, and climate advocates say the federal government must step in with strong regulations to turn the tide.

Among the companies responsible are Canada’s largest bank RBC and insurance giant Sun Life, which are among the top global financiers of fossil fuel expansion. Between them, since 2019, they have pumped nearly $2 billion into the sector at a time when the scientific consensus demands a complete phaseout of all fossil fuels to stay within the Paris Agreement’s goal of holding global warming to 1.5 C. Multiple analyses from the International Energy Agency to the International Institute for Sustainable Development to the United Nations emissions gap report further agree that there is no room for any new fossil fuel production with the world’s remaining carbon budget.

“The research is clear: global coal, oil and gas production must start declining immediately and steeply to be consistent with limiting long-term warming to 1.5 C,” Ploy Achakulwisut, a lead author of the United Nations 2021 production gap report, said in a statement.

Highlights of the Urgewald findings are that since 2019, RBC has loaned or underwritten over US$1 billion to companies expanding fossil fuel production. As of July 2022, Sun Life invested US$936 million, according to the data sourced from proprietary financial databases Bloomberg, Refinitiv and IJGlobal.

“RBC's presence is no surprise given the bank's aggressive pursuit of fossil fuel deals, but Sun Life really needs to make a decision here — does it want to live up to its purpose to help clients live healthier lives, or does it want to profit from climate destruction?" Matt Price, director of corporate engagement with Investors for Paris Compliance, told Canada’s National Observer.

Canadian companies are by no means the only offenders. Between January 2019 and July 2022, 352 banks pumped US$98 billion to companies expanding the fossil fuel supply in Africa, according to the analysis. American firms BlackRock and Vanguard are the top two institutional investors in fossil fuel expansion, with $12 billion and $8.3 billion respectively, while U.S. banks Citigroup and JPMorgan Chase are the top two commercial banks financing expansion, with $5.5 billion and $5.1 billion worth of loans or underwriting provided.

The findings published this week come as countries negotiate climate policies in Sharm el-Sheikh, Egypt at COP27, where many African civil society groups are calling for an end to gas expansion on the continent under the slogan of “Don’t Gas Africa.” Ahead of COP27, the African Union was developing a “common position” for its members in the negotiations to exercise leverage in the meeting rooms.

An open letter sent to African leaders in response to the proposed common position says it does not call for scaling up renewable energy production and fails to prioritize providing energy to 600 million Africans who lack access.

Canadian companies are helping drive a wave of fossil fuel expansion in Africa, new data from German climate and human rights group Urgewald shows, and climate advocates say the federal government must step in with strong regulations to turn the tide

“Instead, it prioritizes the interests of the fossil fuel industry and European governments by seeking to expand fossil fuel infrastructure, production and exports,” the letter reads.

Both RBC and Sun Life did not immediately return requests for comment asking how financing the growth of the industry most responsible for climate change squares with those lofty net-zero pledges. Promises both companies have made.

Beyond the financial giants putting up the cash that makes fossil fuel expansion possible, a much smaller Vancouver-headquartered company called Reconnaissance Energy Africa (ReconAfrica) is referenced in the report as being a particularly extreme example of the type of oil and gas projects under development.

ReconAfrica, which is under investigation by the RCMP for misleading stock promotion, wants to extract billions of barrels of oil from a new frontier it’s exploring in an incredibly ecologically sensitive area spanning Namibia and Botswana. ReconAfrica holds 8.5 million acres worth of exploration licences in an area where the Okavango River flows; an important water system that feeds the Okavango Delta. In 2014, the Okavango Delta was added to the UNESCO World Heritage sites due to its ecological and cultural significance to the San people.

“It is one of the very few major interior delta systems that do not flow into a sea or ocean, with a wetland system that is almost intact,” reads the description from UNESCO. “The Okavango Delta is home to some of the world’s most endangered species of large mammal, such as the cheetah, white rhinoceros, black rhinoceros, African wild dog and lion [sic].”

It’s also one of the last homes to endangered savanna elephants, whose population has plummeted due to poaching, with their habitats being stolen by corporations and governments through extractive industries.

“It’s a paradise, why would you want to destroy that?” says leading Namibian climate activist Ina-Maria Shikongo.

She calls it “petro-colonialism,” and is urging Canadians to ask their banks and insurance companies to stop investing in fossil fuel infrastructure. In an interview with Canada’s National Observer, Shikongo took aim at ReconAfrica and “so-called leaders” who’ve allowed this project to steadily progress.

“Looking at the fact Namibia is a dry country, the Kavango River flows throughout the year; it's the place where we should be putting our focus on food security for the country,” she said. “But instead, the water is being poisoned so a Canadian company can make profits.

“For us who'd like to see a different kind of development that is inclusive of Indigenous people and Indigenous knowledge, where we really build a country that focuses on developing the (UN sustainable development goals), that is being taken away from us.”

She said because Namibia signed onto the Paris Agreement, it should not be fuelling the crisis by supporting fossil fuel expansion. But Shikongo also stresses that the world has one shared atmosphere. The planned fossil fuel extraction in her home country will mean the planet will continue to overheat, contributing to the types of storms that battered the East Coast this fall or the wildfires that torched Lytton, B.C., or the heat dome that killed hundreds in Vancouver last year.

“Rather than finding new ways to repeat old mistakes, we should be helping local communities tap into Africa’s enormous renewable energy potential that can provide the energy its people need without destabilizing the climate on which we all depend.”

“The United Nations and Catherine McKenna made clear in their new report that financial institutions cannot fund expansion of fossil fuels and say they are aligning with net zero,” she said. “That’s just greenwash.”

Berman added that environmental groups are calling on Ottawa to force banks, insurance companies, pension funds and others to publish science-based climate reports and plans.

“This is another thing we'll need to get behind very quickly in 2023 because as you've seen, New Zealand is already doing it, the U.K. has announced they're doing it, so we are playing catch-up there,” he said, referring to those countries’ plans to more strongly regulate their financial sectors on climate grounds.

“Canada should enforce regulations so financial institutions cannot say they are net-zero if they break these red line rules,” she said. “We need Ministers Guilbeault, Freeland and [Jonathan] Wilkinson to formalize these red lines for credible climate plans and enforce them.”

No time for apathy