The Guardian view on COP27: This is no time for apathy or complacency 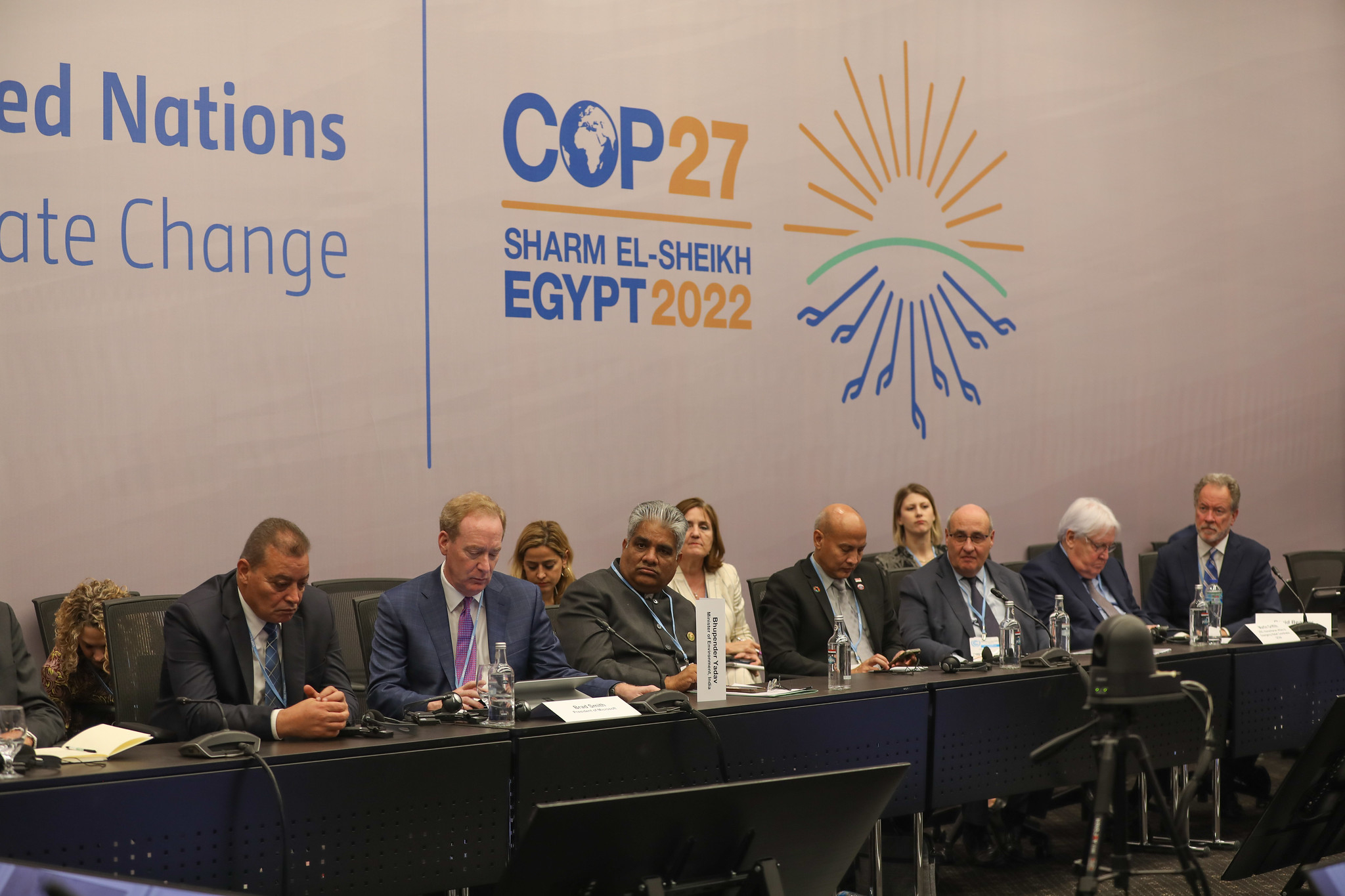 The UN process may not be perfect. But it has provided nations with a target to save the planet, which must be pursued at COP27 to stave off an existential risk to humanity. Photo via UNFCCC / Flickr (CC BY-NC-SA 2.0)
Previous story

This editorial calling for action from world leaders on the climate crisis is published today by more than 30 media organizations in more than 20 countries.

Climate change is a global problem that requires co-operation between all nations. That’s why today, more than newspapers and media organizations in more than countries have taken a common view about what needs to be done. Time is running out. Rather than getting out of fossil fuels and into clean energy, many wealthy nations are reinvesting in oil and gas, failing to cut emissions fast enough and haggling over the aid they are prepared to send to poor countries. All this while the planet hurtles towards the point of no return — where climate chaos becomes irreversible.

Since the COP26 UN climate summit in Glasgow 12 months ago, countries have only promised to do one-fiftieth of what is needed to stay on track to keep temperatures within 1.5 C of pre-industrial levels. No continent has avoided extreme weather disasters this year — from floods in Pakistan to heat waves in Europe, and from forest fires in Australia to hurricanes in the U.S. Given that these came about from elevated temperatures of about 1.1C, the world can expect far worse to come.

As many nations seek to reduce their reliance on Russia, the world is experiencing a “gold rush” for new fossil fuel projects. These are cast as temporary supply measures, but they risk locking the planet into irreversible damage. All this underlines that humanity has to end its addiction to fossil fuels. If renewable energy was the norm, there would be no climate emergency.

The world’s poorest people will bear the brunt of the destruction wrought by drought, melting ice sheets and crop failures. To shield these groups from the loss of life and livelihoods will require money. Developing countries, says one influential report, need $2 trillion annually to cut their greenhouse gas emissions and cope with climate breakdown.

Rich countries account for just one in eight people in the world today but are responsible for half of greenhouse gases. These nations have a clear moral responsibility to help. Developing nations should be given enough cash to address the dangerous conditions they did little to create — especially as a global recession looms.

As a bare minimum, a windfall tax on the combined profits of the largest oil and gas companies — estimated at almost $100 billion in the first three months of the year — needs to be enacted. The United Nations was right to call for the cash to be used to support the most vulnerable. But such a levy would only be the start. Poor nations also carry debts that make it impossible to recover after climate-related disasters or protect themselves from future ones. Creditors should be generous in writing off loans for those on the front line of the climate emergency.

These measures need not wait for co-ordinated international action. Countries could implement them on regional or national levels. A nation’s cumulative emissions must be the basis of its responsibility to act. While private finance can help, the onus is on big historical emitters to stump up the money.

Solving the crisis is the moonshot of our times. Getting to the moon succeeded within a decade because huge resources were devoted to it. A similar commitment is needed now. But an economic crisis has reduced rich countries’ appetite for spending and the planet risks being trapped in fossil-fuel-dependence by a rearguard action of big business. Yet during the pandemic, central banks across the world lubricated states’ expenditure by buying up their own governments’ bonds. The trillions of dollars needed to deal with the ecological emergency demands such radical thinking returns.

Rich countries account for one in eight people in the world today but are responsible for half of greenhouse gases. These nations meeting at #COP27 have a clear moral responsibility to help. #SharmElSheikh #ClimateCrisis #TogetherForImplementation

This is no time for apathy or complacency; the urgency of the moment is upon us. The UN Framework Convention on Climate Change must be about the power of argument, not the argument of power. Key to maintaining the consensus in Egypt is not to let disputes over trade and war in Ukraine block global climate diplomacy. The UN process may not be perfect. But it has provided nations with a target to save the planet, which must be pursued at COP27 to stave off an existential risk to humanity.

Re ”Poor nations also carry debts that make it impossible to recover after climate-related disasters or protect themselves from future ones. Creditors should be generous in writing off loans for those on the front line of the climate emergency.”

“Confessions of an Economic Hit Man” by John Perkins tells us that large unaffordable debts were a deliberate policy to ensure that those countries were obligated to follow the wishes of the USA. For this reason those debts should be arbitrarily cancelled by the debtor nations.