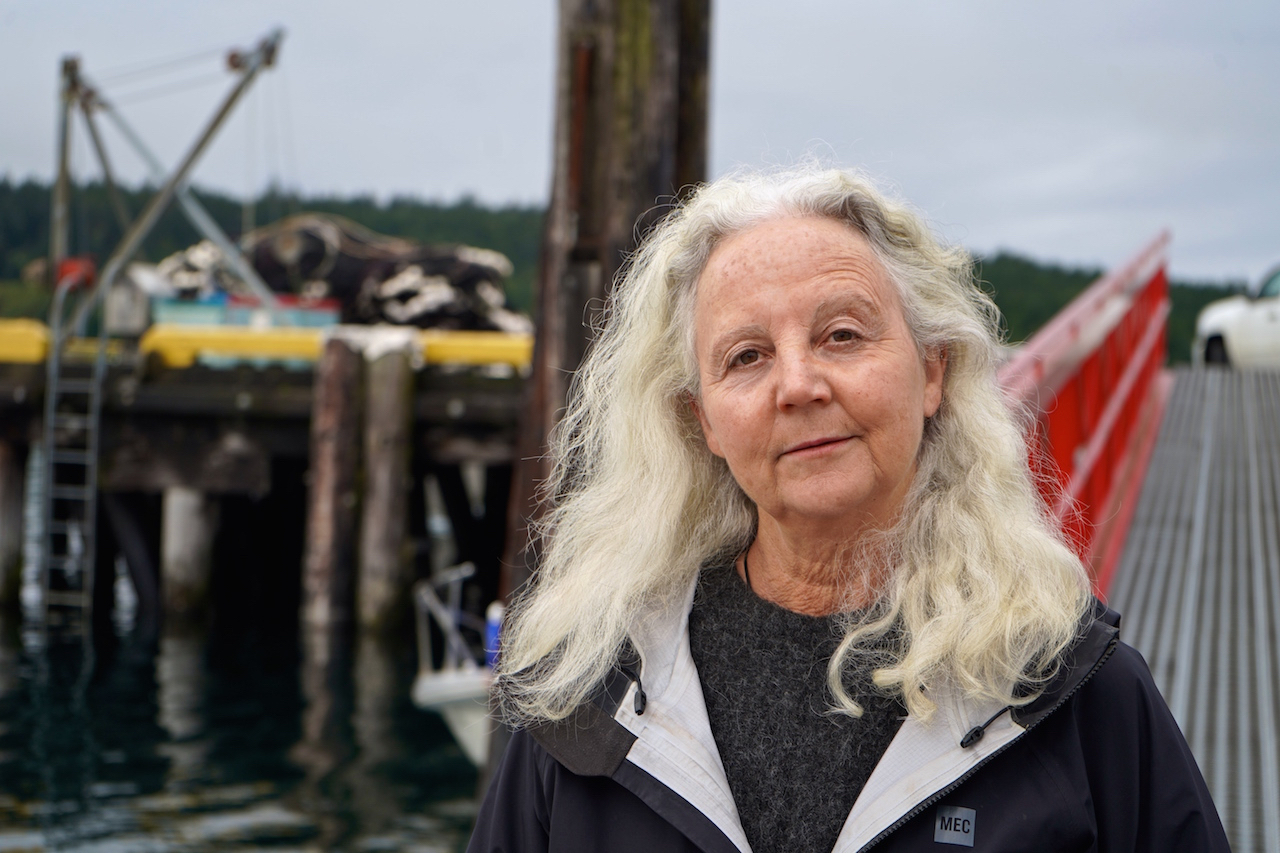 Biologist and activist Alexandra Morton says recent decisions to shut down open net-pen fish farms in B.C. and Washington state suggest the writing is on the wall for the industry. File photo
Previous story
Next story

Open net-pen fish farming on the Pacific coast took a one-two punch after operations closures were announced in both B.C. and Washington state this week.

Wild salmon conservationists are celebrating both decisions, saying it’s writing on the wall for open net-pen fish farms as well as a win for Indigenous rights and First Nations food security.

“It puts a lot of pressure on our federal government to follow through with its commitment to remove the rest of the open net-pen at salmon farms in British Columbia by 2025.”

It also means B.C. is the last bastion for open-net fish farms on North America’s Pacific coast, he said.

Cooke Seafood was the only commercial open-net pen operator in Washington waters.

The DNR decision, in effect, means Washington has joined ranks with Alaska, California and Oregon, which either don’t have or don’t allow industrial fish farms.

Open net-pen fish farming on the Pacific coast took a one-two punch after operations closures were announced in both B.C. and Washington state this week.

hiwus (Chief) Warren Paull said the shíshálh have longstanding concerns about the impacts of fish farms on B.C.'s declining wild stocks and the nation’s way of life.

shíshálh waters were a hub for salmon farms at the industry’s start in the province in the 1980s, he said.

“Protecting this precious resource for future generations has always been our priority.”

The nation relies on the precautionary principle, consistent with shíshálh laws and responsibilities, to make decisions, protect resources and ensure the long-term sustainability of fisheries, the statement said.

“We commend Grieg Seafoods for working co-operatively with shíshálh Nation through the decision-making process,” Paull said, adding consent-based decision-making is an aspect of implementing the United Nations Declaration on the Rights of Indigenous Peoples (UNDRIP).

Grieg Seafood supports the First Nations in whose territories it operates, including recognizing the rights of First Nations to self-determine what aquaculture development they choose for their nation, the company said in a statement.

Greig held eight fish farm licences in shíshálh territory, with six farms already inactive, as they were older, smaller sites that were difficult to farm due to warm water temperatures and higher salinity, which can boost sea lice numbers.

Harvesting at the two remaining farms in the region is finished, other sites have already been dismantled and outstanding ones will be decommissioned early next year, the company said.

The refusal to renew Cooke Seafood’s licences to raise steelhead is a critical step to support Washington waters, fishermen, tribes and the wild salmon everyone is ferociously fighting to save, Hilary Franz, the state’s public lands commissioner, said in a statement Monday.

“Cooke’s net pens have interfered with the exercise of our treaty rights for far too long. We look forward to the day when the Hope Island net-pen facility will be a distant memory,” said Edwards.

The announcement ended the saga with Cooke Seafood that started in August 2017 when hundreds of thousands of Atlantic salmon escaped the company’s Cypress Island site into the Salish Sea, Franz said.

Cooke was fined $332,000 and found negligent by the state Department of Ecology. In 2018, Washington passed a law phasing out open-net pen farming of non-native fish, but Cooke pivoted to raising steelhead in response.

Ultimately, the DNR refused to renew the company licences after finding its operations posed a risk of environmental harm to state owned aquatic lands. But in the interim, the company “fought us every step of the way,” Franz said.

Bob Chamberlin, chair for the First Nations Wild Salmon Alliance in B.C., it was gratifying to see the Washington state government respond meaningfully to First Nations concerns and recognize the need to protect food security and treaty rights.

“My wish is the Canadian government, and specifically Fisheries Minister Joyce Murray, takes note of the decision,” Chamberlin said.

“And they use it as a very clear example of what needs to be done to look after B.C.’s pinnacle salmon runs that are at historic lows.”

The shíshálh decision recognized the importance of precautionary principle in protecting salmon, an important resource and a thread that ties coastal and interior to one another, he said.

It’s questionable whether Grieg had any choice but to respect the shíshálh wishes to vacate the territory given the B.C. government now requires First Nations approval before a fish farm’s tenure is renewed, she added.

“It’s shocking to me that the salmon farming industry doesn't see the writing on the wall,” said Morton.

If the industry recognized it was time to move to closed containment on land, companies would likely benefit from public and private support and investment, she said, adding other infrastructure like hatcheries, processing plants and transport would all remain in place.

“But nobody's going to invest in closed containment if the cheap and dirty open net-pen farms are still happening.”

Neither Grieg Seafood nor the B.C. Salmon Farmers Association responded to questions from Canada’s National Observer, and no one was made available for an interview.

Grieg’s exit from shíshálh territory is in line with the development of sites well-suited to salmon farming, with the additional aim of improving operations’ environmental footprint and fish welfare while reducing costs, the company statement said.

The changes won’t result in job losses, and Grieg’s total harvesting volume targets will not be impacted.

The Mandate vs the Mandarins

Many years ago Some friends

Many years ago Some friends and I were canoeing along one of the long B.C coastal inlets; we had to listen to a loud radio at a fish farm all the way along the inlet and back again. Imagine the wilderness experience, which is what we went for, destroyed by the sounds from the fish farm. This is another reason fish farms should not be permitted.