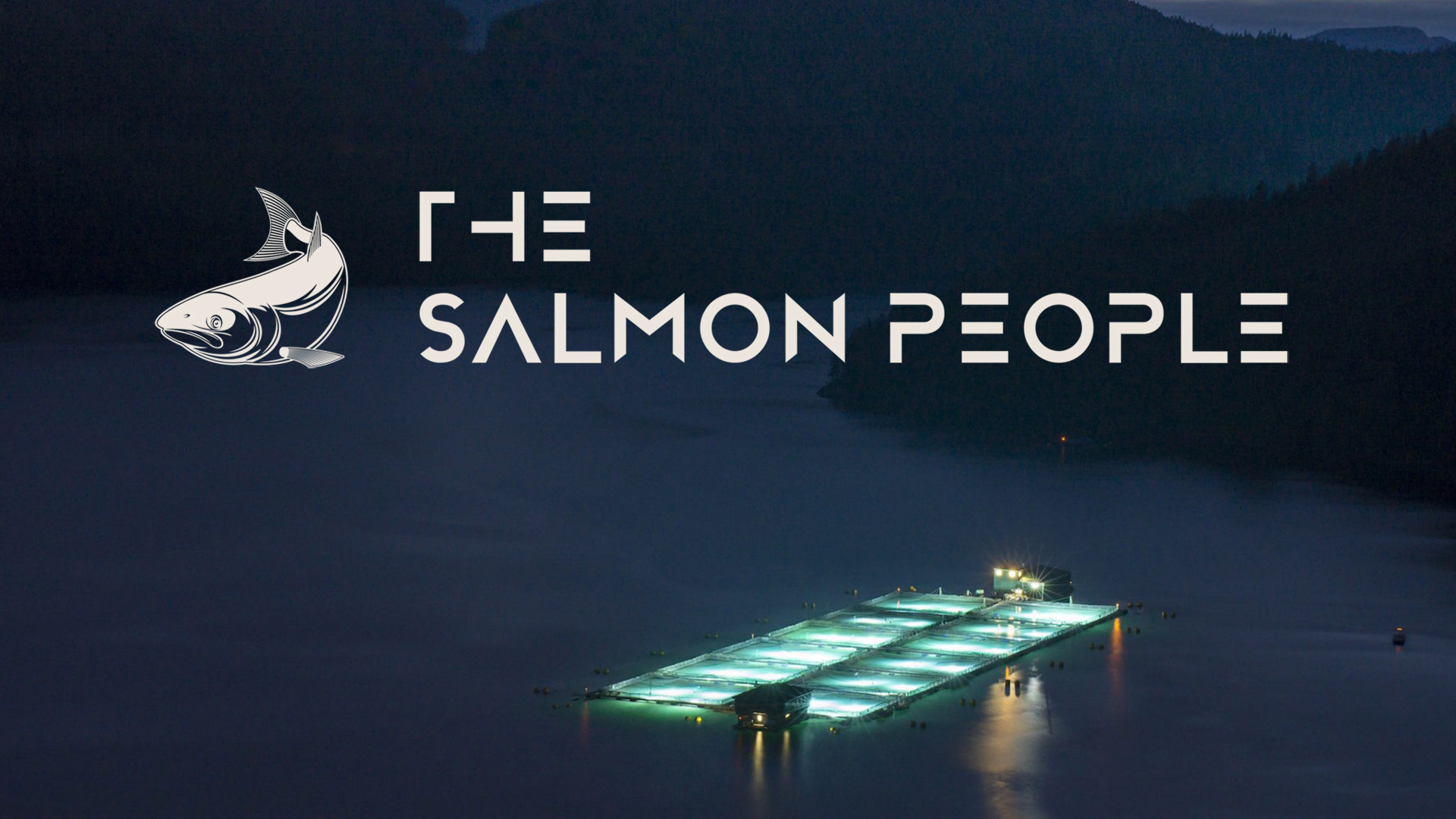 When Alexandra Morton moved to Canada, she came to study whales. They had been the focus of her research at Marineland in California. She arrived in British Columbia to find and study a family of whales. But when that family eventually left the B.C. coast, Morton didn’t. She stayed because she learned that something was very wrong.

Not with the whales — with the wild salmon people were finding in B.C.’s pristine waters.

Over the past 20 years, millions of wild salmon have failed to return to B.C. to spawn. Morton — a tenacious, gumshoe academic with a knack for seeing the cracks in the facade — was determined to learn why. What she found was an existential threat to the West Coast ecosystem. And at the centre of it all was a government agency working closely with the fish-farming industry at the expense of wild salmon.

When investigative journalist and podcast producer Sandra Bartlett read Morton’s 2021 book on the catastrophe and its fallout, she wanted to bring the story to a national audience. Bartlett pitched Morton a podcast on the story. She agreed, and Bartlett got to work in April 2021.

Across 10 hours of interviews with Morton, a visit to B.C.’s Discovery Islands, conversations with scientists and thousands of pages of documents, freedom-of-information requests and witness testimony from a government inquiry, Bartlett started to see a pattern.

“The more I read, the more I realized that there was a big problem in the Department of Fisheries and Oceans,” says Bartlett. “There seemed to be some contradictions in the way they behaved, and that allowed the fish farm industry, it seemed to me, to pretty much do whatever they wanted.

“That’s not a good thing, for a government agency to give up control of regulation and responsibility to industry. I’ve done a lot of stories over time of governments not doing what they’re supposed to do. This looked to me like another story like that.”

These actions were a real-life manifestation of one of the key findings from a groundbreaking 2012 government report on the decline of sockeye salmon in the Fraser River. The report made it clear that contact between wild fish and fish farms increases the potential for transmission of disease to wild salmon.

‘Namgis hereditary chief and elected chief councillor Don Svanvik, who appears on the podcast, has been a commercial fisherman for most of his life — though not recently, as salmon populations have declined.

“We’re salmon people,” he says. “When I was a little boy, I helped my mother and grandparents with processing fish for our winter food. It’s in our creation story. Salmon are an amazing species, and the real simple thing is for human beings to get out of their way.”

Bartlett, who has been working as an independent journalist for the past 10 years after careers with CBC and NPR, took on the legwork herself, with the expectation a major broadcaster would pick up the podcast. No one bit: they didn’t believe a story about salmon could be interesting.

Enter Canada’s National Observer, which has partnered with Bartlett to co-produce and platform the podcast. From its inception, CNO has been a place to tell hard-hitting, original stories about climate and the environment that others won’t, so The Salmon People was a natural fit.

“I’m always excited when a story pulls me in right from the first moment,” says CNO founder and editor-in-chief Linda Solomon Wood. “That’s what happened to me when I listened to the first episode of The Salmon People.”

The Salmon People builds on the success of CNO’s 2021 debut podcast series, Race Against Climate Change, which earned a nomination for Best Climate Solutions Reporting from the Canadian Journalism Foundation. This new collaborative podcast cements CNO’s commitment to telling impactful and creative stories about the climate. The first episode launches Tuesday, August 9th on iTunes.

“It's all about the storytelling,” says Solomon Wood. “Whether you’re preparing dinner, idling in traffic, working out at the gym or going for a walk, we want to give you a beautiful, immersive experience that you won’t forget.”

The Salmon People’s climate reporting reminds us that our delicate environment extends far beyond where our eyes can see. When Bartlett visited the unspoiled splendour of Echo Bay in the Discovery Islands with Morton and a fisher, she experienced “silence I don’t ever remember hearing.”

“I thought, ‘This is one of those things you see in movies where you have a paradise that’s untouched by people,’” she says. “But it made me realize that the salmon below the surface needed to be protected as much as the beauty that I could see around me.”

The Salmon People is about sea change — both culturally and literally. It’s a story with sadness but it’s also marked throughout with a deep sense of care and responsibility for the environment.

“It’s a crime that we haven’t protected wild salmon,” says Solomon Wood. “So, this is a true crime story. And a love story. It's heartbreakingly beautiful. What could be more amazing than that?”

B.C. fish farms outside Discovery Islands can operate until at least spring 2023

I look forward to hearing

I look forward to hearing this podcast! I've read Alexander Morton's book and it's heartbreaking, with a few glimmers of hope at the end. The DFO is in a definite conflict of interest. They can't protect wild salmon and promote (and supposedly regulate) Fish Farms at the same time. It's a travesty.

Over the past two days, I've

Over the past two days, I've listened to the entire series, to-date, and I am very impressed at the quality if the production. I look forward to the rest.

Unfortunately, the impression I was left of the lawyers - based solely on the snippets taken from the proceedings of the Cohen inquiry - wasn't great. On the other hand, I had rewatched the film A Few Good Men earlier this week so I probably had an unreasonable expectation of a *You're damn right I ordered the Code Red" moment. :)

It's mindboggling to consider what has been going on at DFO; do those certain civil servants truly believe that their obfuscatory, anti-science, pro-aquaculture behaviour is truly in the interests of nation building? Or do Swiss bank accounts still exist? Or is there something else going on? Those thoughts should never cross my mind in relation to the civil service. Alas.