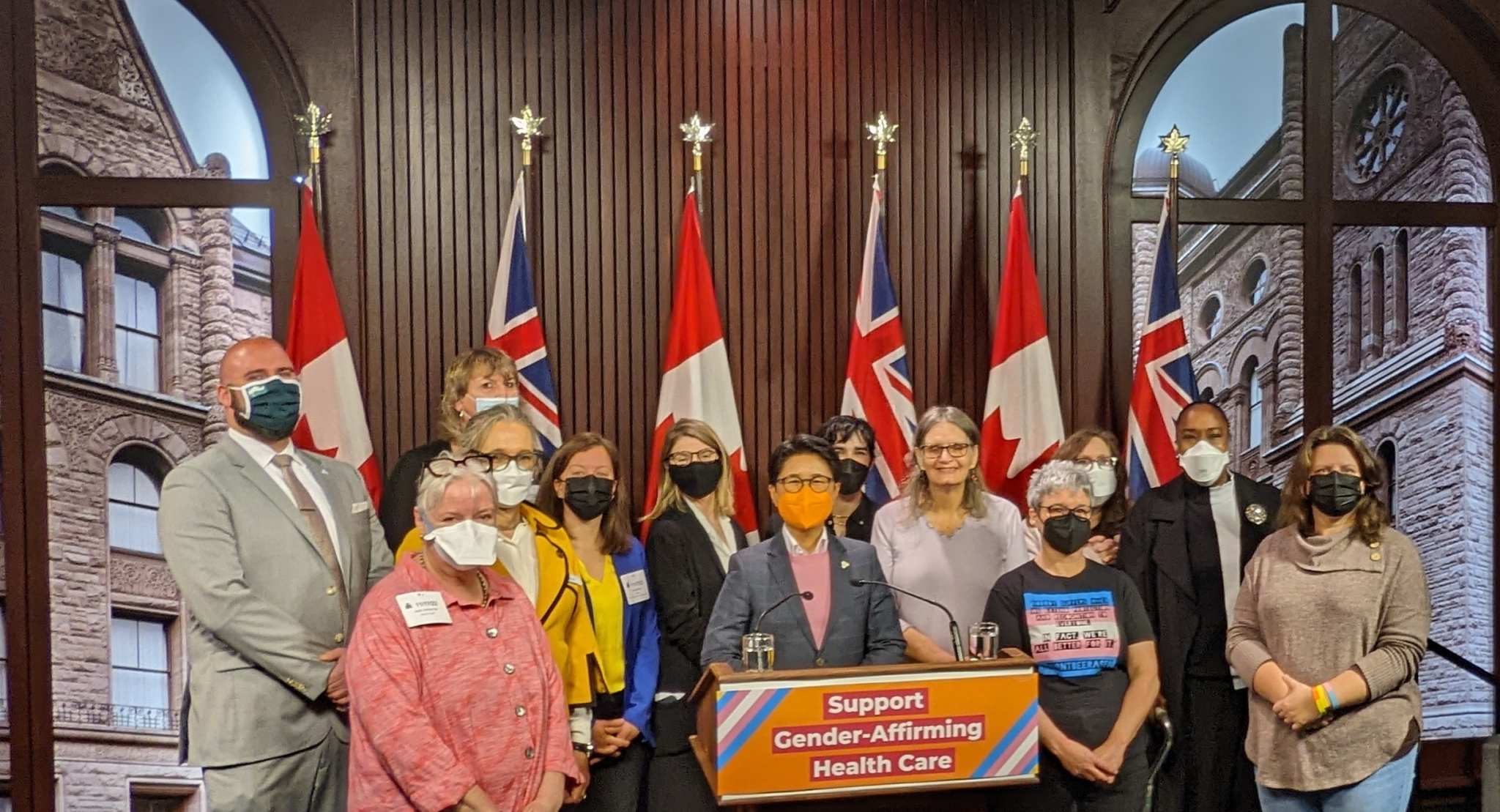 Ontario’s Opposition NDP sought unanimous consent to create a committee to improve trans health care in the province this week.

The government rejected the move, however, with “nays” heard in the legislature after the motion was read out and government House leader Paul Calandra saying it was the job of members of the legislature to review all bills presented to them, including those proposing amendments to trans health care in the province.

“What we're asking for is not radical, nor is it unusual,” said Kristyn Wong-Tam, the NDP MPP for Toronto Centre, who sought a yes/no vote on the motion on Thursday.

“We need to ensure that every member of the House truly supports that trans health care should not be up for debate,” Wong-Tam said. “Anything less would be transphobia.

“If this government denies unanimous consent to this bill, then any member of (Premier Doug) Ford's team who attends a Trans Day of Remembrance event this weekend better show up to the trans community with an apology and an alternative plan.”

The bill, the Gender Affirming Health Care Advisory Committee Act, would have required the province’s health minister to form an advisory committee to improve Ontario’s gender-affirming health care, which Wong-Tam and other critics say is difficult to navigate, with onerous referral requirements, limited coverage of procedures and treatments, and excessively long wait times and delays.

“From my experience, as well as from conversations I've had with community members, it's so difficult to find a medical practitioner who understands gender-affirming care that it is essentially considered a luxury,” said Heath Salazar, a trans non-binary Latinx performance artist and writer. “In many cases, people are having to educate their own doctors on the care that they require.”

Dr. Kate Greenaway, who provides gender-affirming care in Toronto, said her clinic has a 2,000-person wait list and gets between 150 and 200 referrals a month. Changes to virtual billing rules mean that next month, she will no longer be able to see new patients.

The Opposition NDP’s Kristyn Wong-Tam sought the unanimous consent of Ontario's legislature earlier this week to create a committee to improve access to trans health care. The government House leader rejected it.

The bill was originally tabled by former NDP MPP Suze Morrison last year, where it was stalled until the legislature dissolved before this summer’s election.

This time, there were nays heard on the floor, and the motion was dismissed.

Calandra said he was repeating himself by saying he would not allow a unanimous consent motion to pass, adding it was the job of the members of the House to review the bills put before them.

The practice of medicine has

The practice of medicine has such a long history of ignorance and failure, it is no surprise that much of it is still pretending that gender transition is either unnatural or unhealthy, or both with religious obstruction piled on top.

Gender transition is natural, it is still a "feature" (not a bug) in quite a few species, often as a reaction to existential threat, or as a choice for reasons mere humans do not seem to understand. It may also be associated with genetic anomalies we ascribe to toxic pollution. It has been so suppressed over the millennia that we have no idea when it was identified as abnormal and deemed "heretical".
The human species is not, despite what many pundits insist, necessarily a "finished" exemplar of"life". Indeed, given our intransigence over fossil fuel, we are likely going to have to evolve rapidly to make it possible to survive climate degradation. Gender diversity may within decades become the "norm" as opposed to the work of Satan it is currently demonized.