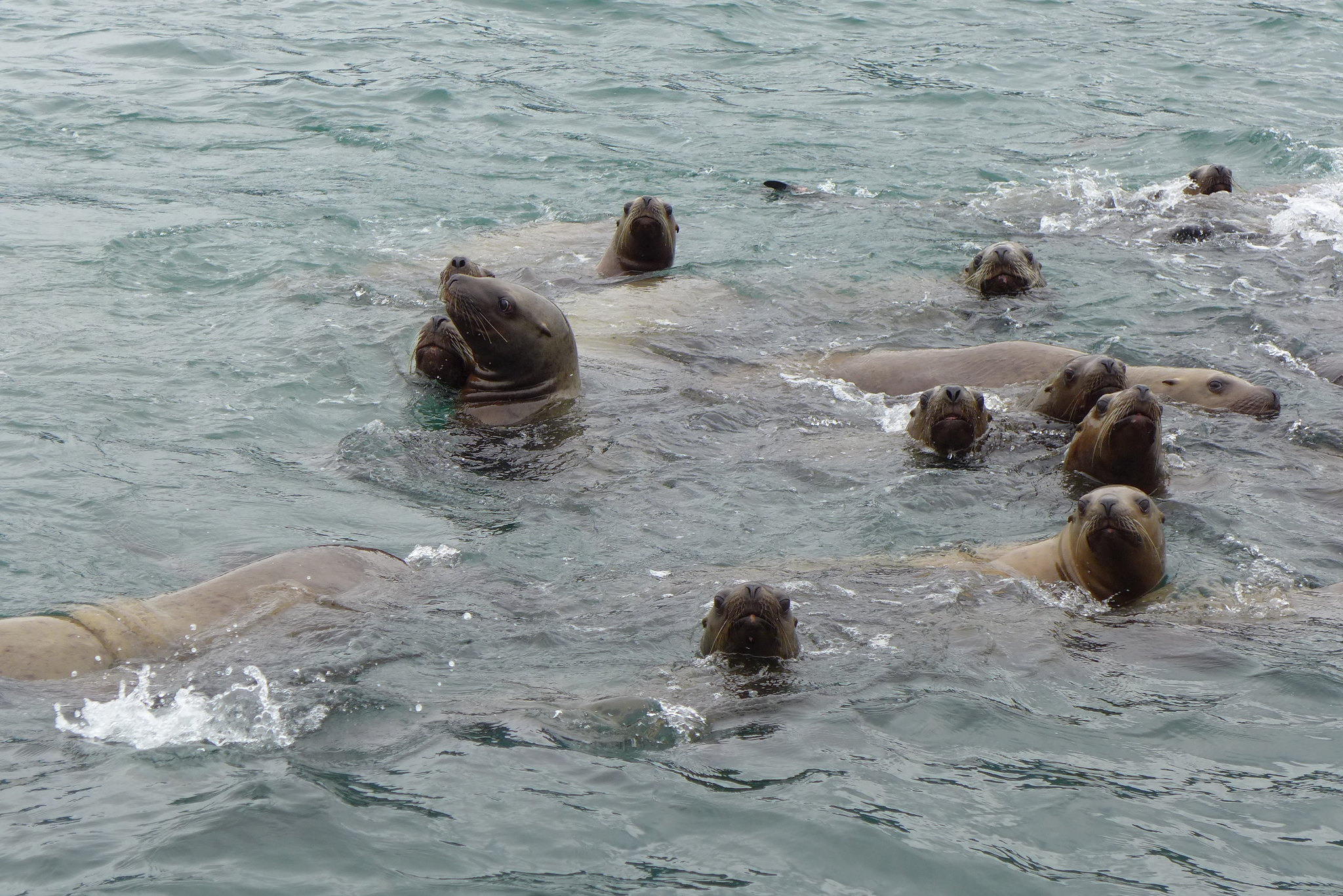 Steller sea lions frequent the Howe Sound and would interrupt construction of the Woodfibre LNG project unless changes are made to the project conditions, the company says. Photo by Slashvee / Flickr (CC BY-ND 2.0)
Previous story

Construction on the Woodfibre liquefied natural gas project in Squamish, B.C., is set to take off in 2023, but the “curious and gregarious” nature of sea lions could make the construction “neither technically nor economically feasible.”

Woodfibre LNG raised this concern with the Impact Assessment Agency of Canada, which has published proposed changes that would create less stringent rules for construction activities impacting seals and sea lions.

The Woodfibre LNG facility would be located seven kilometres southwest of Squamish on the northwestern shoreline of Howe Sound. In January, Enbridge and Pacific Energy announced they would jointly invest in the construction and operation of the 2.1-million-tonne-per-year LNG export facility with 250,000 cubic metres of floating storage capacity.

To protect marine mammals from underwater construction noise, the project conditions require work to be halted if marine mammals enter an underwater noise impact area — which varies by construction activity. The 14-page document states that sea lions’ “ubiquitous presence” in Howe Sound would cause “regular and prolonged full project shutdowns.”

The proposed solution is to change the boundaries for seals and sea lions, allowing them to stray closer to construction before triggering a shutdown. The justification for relaxing the rules is that, unlike whales and dolphins, sea lions can raise their heads out of the water for an extended period of time or exit the water entirely to avoid acute underwater noise, the document explains. Woodfibre LNG also noted that Steller sea lion populations are stable and growing and harbour seal populations are stable in Howe Sound.

Woodfibre LNG is “trying to reduce their responsibility and eliminate some of the conditions that they have,” said Tracey Saxby, a co-founder of My Sea to Sky, a grassroots environmental organization focused on protecting Howe Sound.

“They're trying to minimize the area that they need to manage,” Saxby told Canada’s National Observer. She stressed everything that lives underwater relies on sound, with impacts from top to bottom throughout the food chain.

As it stands, marine mammals would have to avoid a 7,322-metre radius around impact pile installation, Woodfibre LNG said in its submission to the agency. That will still be true for whales and similar creatures, but the changes would allow seals and sea lions at a distance of 125 metres, where underwater noise levels reach 190 decibels.

Ocean Watch Canada warns underwater noise from shipping, construction, recreation and shoreline development has doubled in intensity every decade since the 1950s and impedes whales’ and other creatures’ ability to hunt, communicate, rest and breed.

The Impact Assessment Agency of Canada wrote that modifying these conditions “would not increase the extent to which the effects of the project, as assessed during the environmental assessment, are adverse.”

Construction on the Woodfibre LNG project in Squamish, B.C., is set to take off in 2023 but the “curious and gregarious” nature of sea lions could make the construction “neither technically nor economically feasible.” #LNG #NoisePollution #bcpoli

The agency announced the start of a public comment period on Nov. 17. Canadians have one month to weigh in on the proposed changes and can do so on its website. The short comment period and lack of advance notice will make it difficult for My Sea to Sky to hire experts to review the proposed changes in order to make a detailed submission, said Saxby.

This project was approved based on an established process surrounding the assessment of environmental impacts. It's deeply disturbing from a process point of view that six years later, without construction having even begun, the proponent comes along and says whoops, these seals and sea lions are really going to be in our way, they are going to disturb us, costing us money if not laying waste to the whole project, so we need the government to weaken the conditions we agreed to that were based on the scientific modelling we ourselves provided.

What do you think this does to public trust in the assessment process and in the government's commitment to environmental safety?

The proponent's modelling predicted that the 160-decibel behavioural disturbance threshold for marine mammals would extend 7,322 meters from the project site, resulting in the requirement that the proponent shut down marine construction activities that generate underwater noise any time a marine mammal is detected within 7,322 meters of any such activity.

On the basis of seals and sea lions having an injury threshold -- not a behavioural disturbance threshold -- of 190 decibels, and on the basis that injury would only occur within 73 meters of the noise source, and on the basis of the notion that seals and sea lions can stick their heads out of the water or hop out completely if underwater construction noise is too acute, the proponent now wants the noise impact area for these particular mammals to be reduced by 98 per cent to 125 meters.

The very idea that Fisheries and Oceans Canada has effectively said yes, it's reasonable to focus on injury or death rather than behaviour disturbance, is as ludicrous as the belief that seals and sea lions will know exactly what they need to do if the industrial noise becomes uncomfortable or unbearable and that they have nothing better to do in or out of the water than evade industrial noise.

Canada is playing host to COP15, the UN's 15th Conference of the Parties on Biological Diversity, from Dec 7 to Dec 19. It's coincidental, but significant, that the conference will run concurrently with the comment period for Woodfibre LNG's Request to Amend the Decision Statement that was issued in 2016. Neither the proponent nor the government is taking seriously the health and welfare of the marine mammals of Howe Sound, yet this is precisely what you need to do. You need to protect these mammals – and all marine mammals – from behavioural disturbance, not just injury or death, by retaining the definition of the noise impact area as 7,322 meters from the project site.