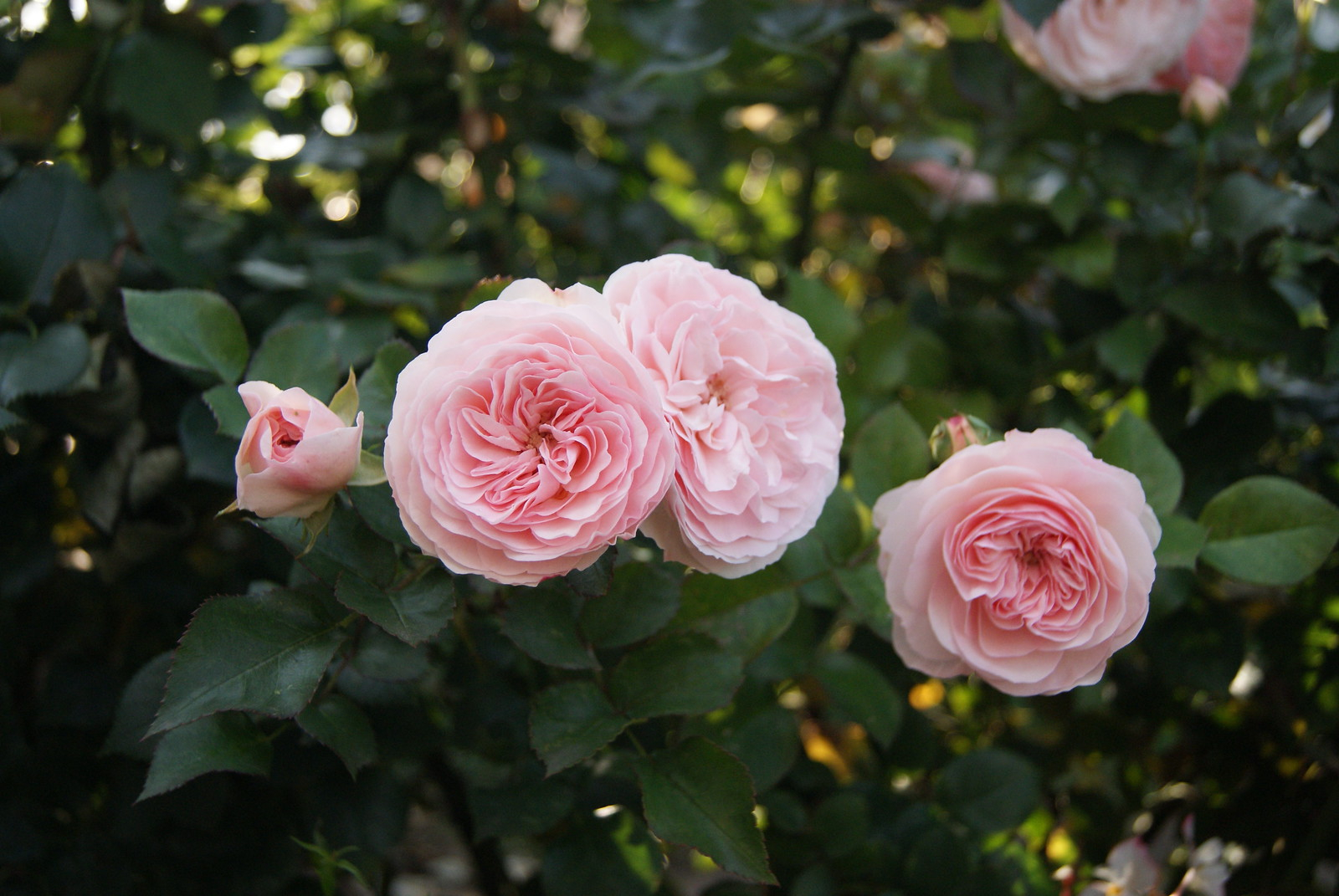 Think of the quintessential English garden and a rose will invariably spring to mind. Their sweet scent and plush petals have long been prized by gardeners, but now some of the most beloved varieties are being retired by growers due to climate breakdown and pests.

Though their use in gardens is thought to have originated in China and Iraq, for hundreds of years, they have been a prize bloom across England. And the undisputed king of rose-growing in the past six decades has been David Austin, who died in 2018 but whose roses fill gardens all over the country with their colour and intoxicating smell. His company, which is still going, has said it is to retire some of its most well-loved species because they are no longer practicable to grow.

The ballet slipper pink blooms and fruity tea fragrance of a Shropshire Lad, a beautiful climbing rose, has won awards from the Royal Horticultural Society (RHS) since it went on sale in 1996. With its almost thornless stems and perfectly symmetrical petals, it soon became the climbing rose of choice from David Austin’s collection for those who wanted flowers with a pearly pink colour. But in recent weeks, it has been removed from sale.

Tim Smith, the operations director at David Austin Roses, said: “We cannot stand still and observe as we see diseases and pests evolve as conditions and climates change, threatening the health and success of some of our most popular varieties.

“This means re-trialling all our releases and, in some instances, retiring very popular varieties [like the] Shropshire Lad. Whilst these plants may still perform in some conditions, in the long term, the changing conditions mean that we recommend alternative varieties that are better suited to the changing environment.

“Whilst this is not an easy decision and will in the short term result in lower revenue, we must take the brave decision to remove them.”

Another rose retired this year is the beloved and dramatic Munstead Wood, which has deep, velvety crimson petals and a classic old rose scent of blackberry and damson. Though it was only cultivated in 2007, so is a relatively new breed, it is thought pests have ravaged it, causing it to be removed from sale.

While once the main consideration for a perfect rose was its showy blooms and beautiful scent, horticulturalists are now selecting for climate resilience. Rose-growers are now cultivating blooms in countries with more arid conditions, in order to ensure that as climate breakdown causes conditions to change in England, they do not lose their quality. Some growers are testing their flowers in hot, muggy areas including Florida in the U.S., and in Shenzhen, China.

Simon Toomer, the curator of living collections at Kew Gardens, said: “The roses we see in gardens are the products of hundreds of years of plant breeding from wild species. Most of that breeding has been aimed at selecting showy, reliable flowers and scents.

So wonderful to see Dame Judi Dench on the cover of @BritishVogue this month. A true inspiration, and one of Britain’s most beloved stars of stage and screen, one we named a rose after. pic.twitter.com/6inBfCIIlX

“As well as flower quality, selection has always been influenced by resistance to diseases such as black spot and powdery mildew. As the climate has changed rapidly over the last few years, especially wet mild springs and hot dry summers, these diseases have become more damaging. This is partly due to the fact that rose plants are less suited to the new climatic conditions so more susceptible to disease.”

Pests also thrive in the muggier conditions brought to England by the climate emergency. Toomer explained: “The humid conditions in spring also suit the biology of the fungal pests themselves. This has meant that plant breeders have had to put a greater emphasis on disease resistance by introducing genes (through hybridization) from more disease-resistant plants. These are often the more wild types of rose that have natural disease resistance. It also means that some varieties (including some old favourites) are now too disease-prone to be viable.”

Some parts of England are unsuited for many rose types, according to the RHS, so some growers are hybridizing the flowers with climate-resistant plants, including tea. David Austin Roses recommends particularly disease-resistant plants on its website, including the Dame Judi Dench, an apricot-coloured rose created for the actor in 2017, and the Scarborough Fair, a light pink, old-rose-scented bloom bred in 2003.

Guy Barter, the chief horticulturist at the RHS, said: “As well as breeding for climate change there is also the choosing of plants suitable for the site, so very hot, dry sites which are not well suited now for roses will become less so in future and we can expect more tolerant plant species to be chosen. However, this will apply first in the south and east with other regions less affected. Similarly, clay-rich moisture-retentive soils favoured by roses will be less affected, too. Choosing the right plant for the site will get ever more important.

Ravaged roses — the pests and diseases spreading due to climate breakdown