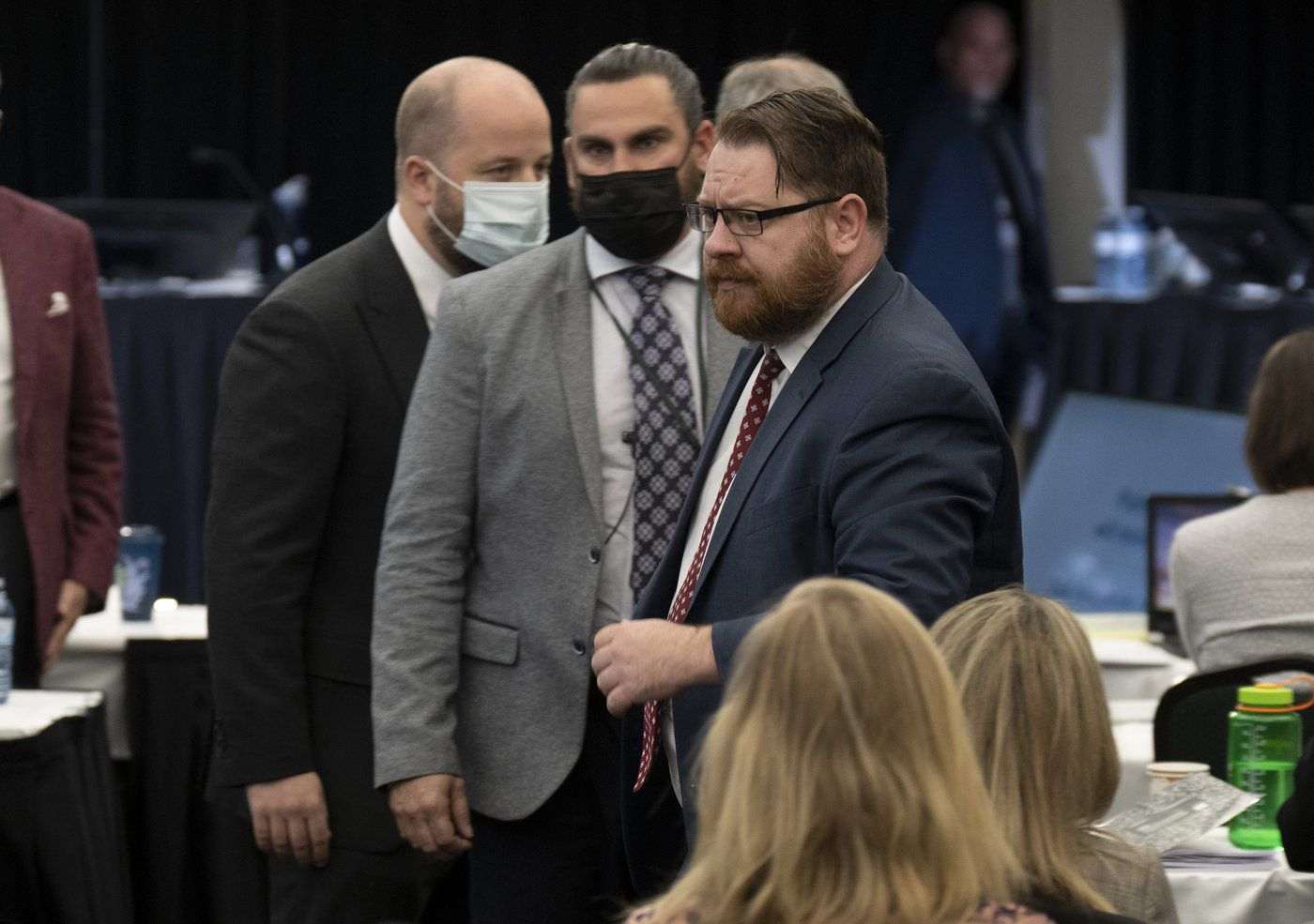 The night before the Liberal government took the drastic step of invoking the Emergencies Act, the head of the RCMP sent a cautionary email to the federal public safety minister's office.

Commissioner Brenda Lucki wrote that police had not exhausted "all available tools" to deal with the protests that had taken over downtown Ottawa and several Canada-U.S. border crossings.

But Public Safety Minister Marco Mendicino, who took the lead on the federal government's response to the "Freedom Convoy" protest last winter, told a public inquiry Tuesday that Lucki never brought the point she made in her email to his staff with him directly.

In a one-on-one call before a historic cabinet meeting on Feb. 13, Mendicino said Lucki expressed "very grave concerns" about the blockade at the international border crossing in Coutts, Alta.

"She underlined for me that the situation in Coutts involved a hardened cell of individuals who were armed to the teeth, with lethal firearms who possessed a willingness to go down with the cause," Mendicino testified before the Public Order Emergency Commission on Tuesday.

"This was a threshold moment for me."

Based on their conversation, Mendicino said he "could not have drawn any other inference" other than that Lucki supported invoking the Emergencies Act.

Cabinet met later that evening and Mendicino said he does not believe the information in Lucki's email ever came up. Prime Minister Justin Trudeau declared a federal emergency the next day.

The commission is investigating the events that led to that decision and is tasked with determining whether the government was justified in invoking the Emergencies Act for the first time since it replaced the War Measures Act in 1988.

A formal inquiry is mandatory any time the legislation is used to grant extraordinary powers to police, governments and banks, as it was during the protests in Ottawa and border crossings.

The RCMP were able to arrest several protesters in Coutts and end the blockade without using the additional powers afforded to them under the Emergencies Act.

Even before hundreds of big rigs and thousands of protesters descended on the parliamentary precinct, Mendicino said he believed the protest had the potential to be violent, although the RCMP told him "the majority of information" showed organizers were planning a peaceful event.

He said he felt that videos like the one posted by controversial "Freedom Convoy" figure Pat King, which referred to the protest ending in bullets, were a "signal of intent."

"There were many thousands of Canadians who participated in these demonstrations and in the blockade who were there for entirely legitimate and lawful purposes, but some were prepared to become violent," Mendicino said.

Several federal cabinet ministers, including Dominic LeBlanc, were worried about their personal safety from the outset of the protest in Ottawa because some demonstrators had posted online about targeting their homes, the inquiry heard.

Notes from a Jan. 26 ministerial briefing show RCMP were aware of protesters trying to gather the home addresses of members of Parliament, including Trudeau, and were concerned the protest could break apart to include several locations close to politicians' homes.

As the protest unfolded in Ottawa, at provincial legislatures and at several border crossings, Mendicino said the situation was on the "brink of being completely ungovernable."

The commission has held weeks of mild-mannered hearings, but tensions boiled over Tuesday after a tense exchange between the commissioner and the lawyer for the protest organizers, which ended with the lawyer being escorted out of the building.

Brendan Miller, who represents some protest organizers including Tamara Lich, interrupted Mendicino's testimony Tuesday to ask that the minister's director of communications, Alex Cohen, be called to testify.

Justice Paul Rouleau, the commissioner presiding over the inquiry, asked security to remove Miller from the hearing room after the lawyer spoke over the commissioner and accused him of refusing to rule on similar applications.

"I'm trying to do my job," Miller told reporters outside of the Library and Archives building in Ottawa where the hearings are being held.

Miller later apologized and was allowed to return to the hearing.

At the end of Mendicino's testimony, Rouleau put a hypothetical situation to him: "Let us say that there were two protests, one going on in Ottawa and one at the border in Windsor."

He asked whether it would be appropriate for the provincial or federal politicians to tell their respective police services which protest was the priority for the government.

"I'll give you a spoiler alert: Minister (Bill) Blair thought that would be inappropriate," Rouleau said, suggesting the commission would be investigating the relationship between politicians and their oversight bodies.

The commission has heard evidence for weeks about the murky line politicians are not supposed to cross when it comes to directing police.

"The dilemma would be if both events were absolutely identical would it be appropriate for the elected government to sort of pick?" Mendicino said. "That's not the kind of choice or dilemma you want."

On the other hand, he said, if one was an emergency and the other was not, it might be appropriate to let police know that one protest had met a higher threshold.

But he warned that politicians should not start directing police on the details.

"Elected governments should steer wide clear of that, and for good reason. I think there is a slippery slope there that would be very difficult to escape from if we went down that path," he said.