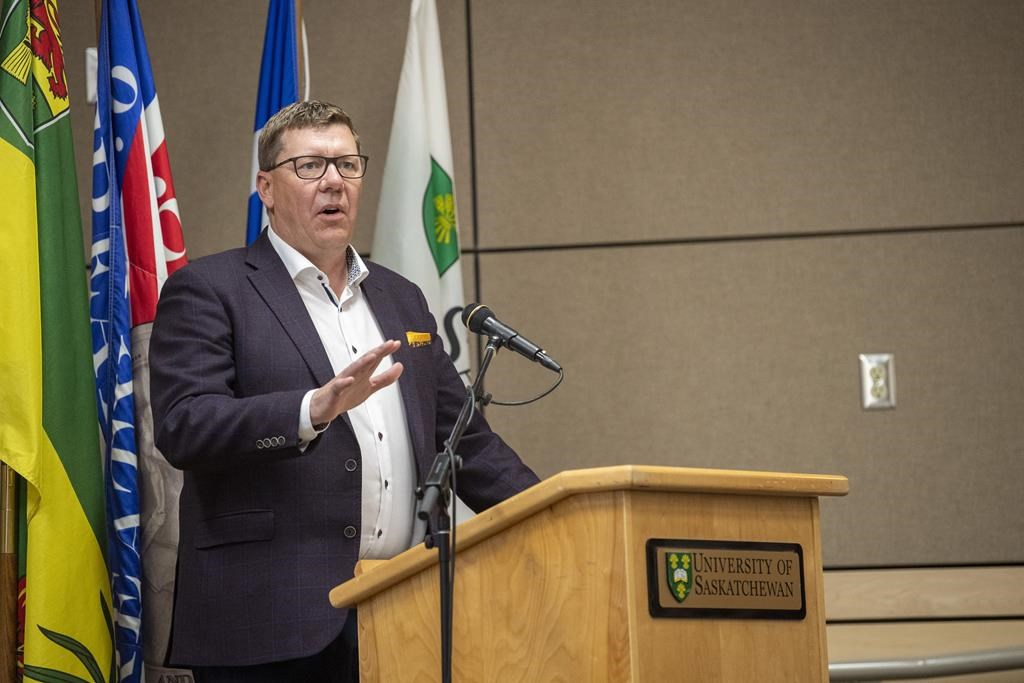 Saskatchewan is to soon gain control of the carbon pricing charge that shows up on residents' power bills.

However, Premier Scott Moe and his Saskatchewan Party government are still mulling over how that new revenue should be spent.

Since 2019, a carbon backstop has been placed on Saskatchewan Power Corporation bills to account for its greenhouse gas emissions.

The money has been going to the federal government, but starting in January the money will be staying in the province.

This comes after Saskatchewan successfully applied to have natural gas pipelines and power plants regulated through its own carbon-pricing system, and will take full regulatory control over all large greenhouse gas emitters in the province.

Under the program, Saskatchewan will still have to comply with the federal carbon pricing schedule.

Moe has said his government hasn't made a decision whether it will return some of that money collected through power bills back to residents.

"It's fair to say we haven't made that decision yet," Moe said Wednesday.

He said a priority for the government is to invest in Saskatchewan's transition to cleaner power generation.

Moe said he'd like to see some money go toward producing nuclear energy.

#Saskatchewan government deciding what to do with new revenue from carbon pricing. #SKPoli #CarbonPricing

Federal government policy aims to reach a net-zero grid by 2035. This is putting pressure on Saskatchewan to transition away from coal and natural gas — power generation it mainly relies on to keep the lights on in the province.

To support a transition to cleaner energy, the modernization of Saskatchewan's electrical grid will be essential, SaskPower, the province's Crown electrical utility, said in its 2021-22 report.

"We need to make responsible decisions of how we are making those investments, but we also want to do everything we can to keep power affordable for Saskatchewan residents," Moe said.

The Opposition New Democrats have taken a similar viewpoint.

NDP Leader Carla Beck said Thursday that she wants to see a plan for the money that involves reliable energy that reduces emissions and doesn't stick Saskatchewan people with power sources they can't afford.

"These are huge investments, huge considerations for the future of this province," she said.