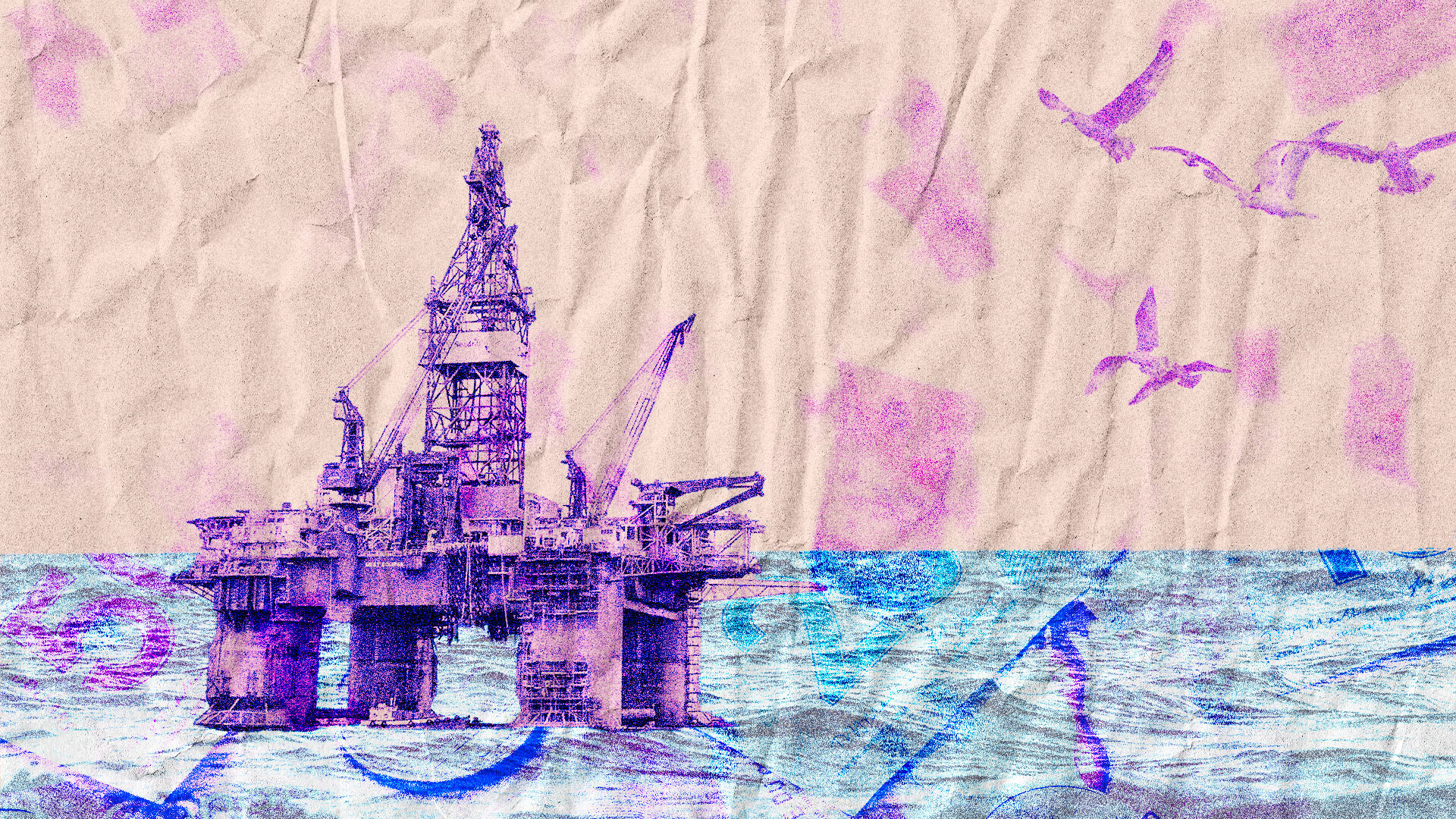 After years of waning activity, oil and gas exploration is heating up in a big way off the coast of Newfoundland and Labrador: over $238 million worth of exploration licences were recently awarded by the provincial-federal regulator.

This month, the Canada-Newfoundland and Labrador Offshore Petroleum Board (C-NLOPB) announced the results of this year’s call for bids — a process where companies are invited to offer money for areas in the Atlantic Ocean they want to explore for oil and gas deposits. It’s a significant jump from recent years and fits into the province’s controversial plan to double offshore oil and gas production by the end of the decade.

“So, what is happening here is we have a government that is still releasing calls for bids and still releasing exploration licences at a time when it is indisputable that the only way we can stay within 1.5 degrees of (global) warming — so, within some chance of climate safety — is to stop the expansion of oil extraction,” said Carter, who is also a University of Waterloo politics professor based in Newfoundland.

“This is an example of how the government of Newfoundland and Labrador and all of these companies are off track, and they're defying climate science. That is really what is at the heart of this matter here.”

The bids have been divided up into five parcels, with ExxonMobil and Qatar Energy bringing in the heftiest bid at over $181 million.

In the waters off the coast of N.L., a plan is swirling to double oil production by 2030. We're following the story. Most recently, over $238 million worth of exploration licences were awarded to companies eyeing opportunities in the Atlantic.

The figures are the highest since 2018, when the regulator awarded a record bid amount of more than $1.3 billion and a record single bid of around $621 million. One parcel from that year, valued at $32 million, turned into the Bay du Nord project, Canada’s first deepwater offshore oil project.

Since then, money flowing from oil companies to Newfoundland has dropped, and the province is betting on more money from offshore oil to help its struggling economy.

However, Carter points out more oil and gas will lead to the opposite. Companies exploring for fossil fuel deposits are eyeing projects that won’t be operational until late this decade. A recent IISD analysis shows that after 2030, global demand for oil will start to sharply decline, and stresses that Canada needs a plan to avoid these big upfront investments becoming stranded assets.

Carter is currently working on a project looking at countries winding down their fossil fuel sectors. Specifically, Denmark, which is part of the Beyond Oil and Gas Alliance, has committed to end all oil and gas exploration in the North Sea. She said Newfoundland needs the same kind of climate leadership, which would, in turn, help the struggling province.

Newfoundland and Labrador continues to have the highest rate of unemployment in the country. As fossil fuel companies rake in massive profits and take advantage of government subsidies, money needs to be diverted towards supporting a just transition for workers, explained Carter.

“[Oil has] been produced off the coast for 25 years. And we are still facing the same kinds of problems that ... motivated the development of that offshore sector. So poverty, unemployment, lack of access to food for tens of thousands of families here. Inequality,” she said. “We still have enormous social problems here that oil companies haven't solved. So, who is this for?”

The province’s Department of Industry, Energy and Technology said the call for bids shows the “confidence” of companies working offshore. The department said the province’s greenhouse gas emissions from its offshore oil have an average of 13.8 kilograms of carbon dioxide per barrel compared to the international average of 16.1 kilograms per barrel.

“We know the world will still need oil in the medium term and that other parts of the world will continue to produce oil — and we see ourselves remaining a sustainable low-carbon offshore oil and gas industry to meet that demand,” the department said in a statement.

“Our industry has a strong performance from an emissions perspective relative to many other jurisdictions and to the overall international average… We will continue to position the province’s low-carbon oil and gas products during this time of transition.”

However, experts stress there is no such thing as climate-friendly fossil fuel products. New draft guidelines for approving future oil and gas projects, which include regulations on “best in class” greenhouse gas emissions performance and a rule that all projects must be net-zero emissions by 2050, were released by the federal government last month.

Speaking from COP27, the UN climate conference, Bloc Québécois MP Monique Pauzé said Newfoundland’s plans for expansion fit into a theme of the climate crisis not being taken seriously by the federal government.

“Image is more important than actions, and it's always the same with this government since the first time I was elected in 2015. It's always like nice words, no actions. All the time,” she said.

Green MP Mike Morrice highlighted the need for Canada to leave 83 per cent of its oil and gas reserves in the ground for the world to have a 50 per cent chance of limiting global warming to 1.5 C.

“It's discouraging if you look at COP26 in Glasgow last year, and a promise was made to end international financing of oil and gas, yet in the time since, not only was that not followed through on, but instead, new subsidies were introduced for carbon capture, and Bay du Nord was approved,” he said.

“And so seems like a similar pattern here again where there can be some good rhetoric, but then in the days that follow, exploration of more oil and gas in new locations, in sensitive marine areas, is discouraging for Canadians who want to see this government step up and follow the science on the climate crisis.”

Although he said the federal government has made some strides on climate, the direction of Newfoundland’s offshore oil and gas industry is incompatible with the goals laid out by the upcoming UN biodiversity conference. Set to take place in Montreal next month, delegates will tackle a plan aimed at halting biodiversity loss by 2030.

There’s a direct link between more fossil fuel exploration and loss of biodiversity. Although completed oil and gas projects pose risks to marine life, seismic surveys and exploratory drilling are also harmful. Whales and dolphins can experience hearing loss from seismic activity, which limits their ability to find food and communicate. It can also scare them away from their habitat and lead to lower rates of productivity, Sarah Giltz, a marine scientist at Oceana specializing in the effects of offshore drilling, told Canada’s National Observer in September.

Exploratory drilling carries the same risks as operational oil rigs. The 2010 BP Deepwater Horizon spill, the largest in U.S. history, came from an exploratory well. According to the Center for Biological Diversity, the spill, which killed 11 people, "likely harmed or killed about 82,000 birds of 102 species; about 6,165 sea turtles; as many as 25,900 marine mammals; and a vast (but unknown) number of fish — from the great bluefin tuna to our nation's smallest seahorse — plus oysters, crabs, corals and other creatures."

The federal government is investing in a slew of renewable energy initiatives and will support oil and gas workers in clean energy fields as the country decarbonizes, said Environment Minister Steven Guilbeault, who is at COP27.

“The bid process does not in itself authorize any production activities or development in the offshore,” he said.

“Let me be clear, any proposed production in the bid area would first be subject to the Impact Assessment Act and any new development of hydrocarbons in Canada would have to fit within Canada’s world-leading climate plan, and will have to deliver best-in-class emissions performance, including being net-zero by 2050.”

It should be clear to all

It should be clear to all reasonable people that Canada's politicians are not fit for purpose, if representative democracy and planetary survival is supposed to be the game.