Canada's new Indo-Pacific strategy to include energy and defence deals 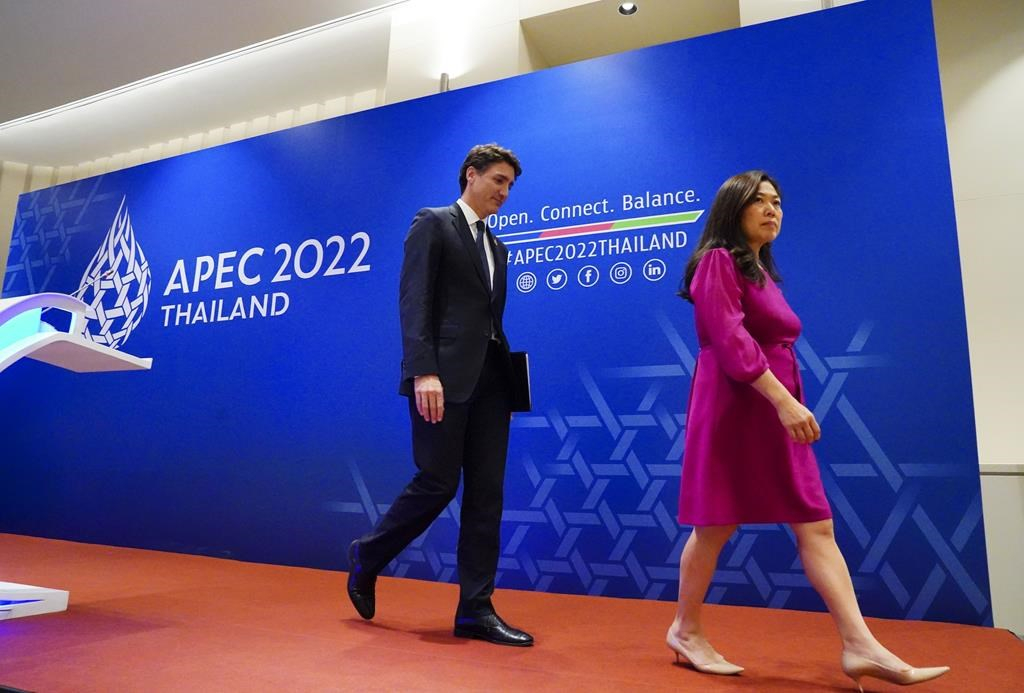 Prime Minister Justin Trudeau is joined by Minister of International Trade Mary Ng after a news conference following his participation in the APEC summit in Bangkok, Thailand on Nov. 18, 2022. File photo by The Canadian Press/Sean Kilpatrick
Previous story

Federal officials are set to make an announcement today in Vancouver about Canada's long-promised Indo-Pacific strategy.

A media advisory from Global Affairs Canada says the Indo-Pacific region is key for Canada's economic growth, prosperity and security.

Details have been emerging this month about what the strategy will involve.

At the Asia-Pacific Economic Cooperation forum in Bangkok, Thailand, Prime Minister Justin Trudeau said it demonstrates Ottawa's "serious commitment" to the region, showing Canada is "very much present" through partnerships and investments.

Trudeau has said the new strategy will include "increased defence investments" to ensure peace and stability in the region.

The prime minister has also said Ottawa will spend $13.5 million to launch a team in Canada and Asia to form energy partnerships.

Canada's participation in the APEC forum earlier this month ended with a pledge of $183 million in new funding over five years to strengthen ties to the region, part of the forthcoming Indo-Pacific strategy.

That includes $92.5 million to create about 60 new jobs, both at Canada's missions in the region and within Global Affairs Canada.

There is also $45 million for trade missions and about $32 million to set up Canada's first agricultural office.

This report by The Canadian Press was first published Nov. 27, 2022.