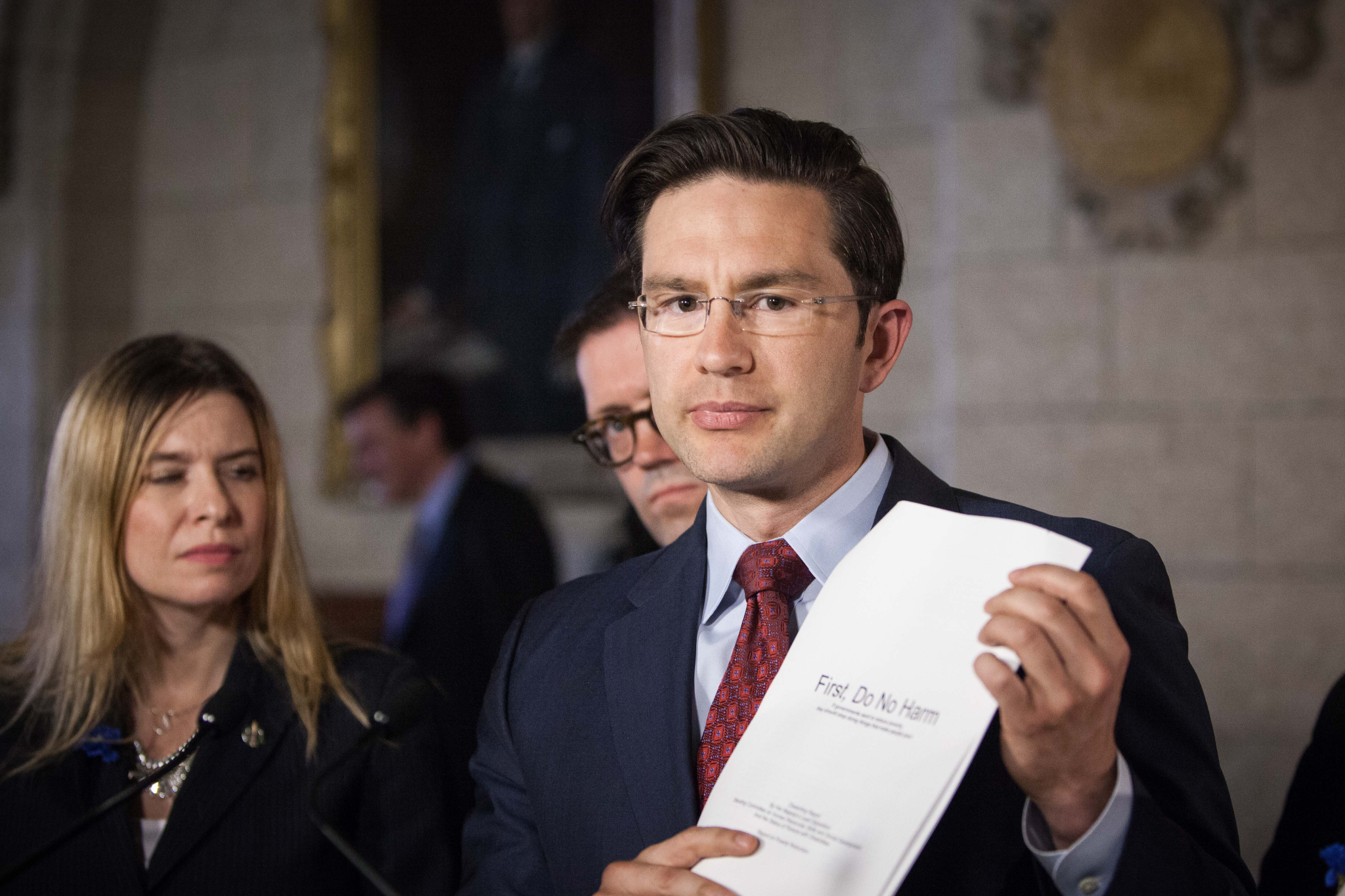 Conservative Party of Canada Leader Pierre Poilievre’s cure for inflation turned out worse than the disease. How did he go so far wrong? File photo by Alex Tétreault
Previous story

Conservative Opposition Leader Pierre Poilievre has not been content just to blame the Trudeau government for allowing inflation to rise to levels not seen in Canada since the 1980s. He also offered Canadians a prescription for coping with inflation until he is elected prime minister by using Bitcoin and other digital tokens known as cryptocurrencies.

As early as September 2021, then-finance critic Poilievre touted “digital currencies … giving people an opportunity to protect themselves against inflation.” Six months later, as a Conservative Party of Canada leadership candidate, he doubled down. At a campaign event at a restaurant, Poilievre bought a shawarma with Bitcoin and extolled “the freedom to use other money, such as Bitcoin… Choice and competition can give Canadians better money and … let Canadians opt out of inflation with the ability to opt into cryptocurrencies.”

Unfortunately for Poilievre, Bitcoin and other crypto tokens have crashed in value over the past year. National Observer columnist Max Fawcett noted that Bitcoin users experienced price rises verging on hyperinflation after Poilievre’s call to “opt out of inflation with … crypto.”

To buy the same shawarma today, Poilievre would fork over more than double his March Bitcoin payment. The number of Bitcoins needed to pay for groceries, fuel, rent and all the other items in Statistics Canada’s Consumer Price Index (CPI) rose 241.8 per cent from November 2021 to November 2022. And 13.3 per cent inflation over just one month for Bitcoin users was higher than the 6.8 per cent annual inflation rate of prices in Canadian dollars, a currency Poilievre has dismissed as “inferior,” “increasingly worthless” and “ruined.”

Poilievre’s cure for inflation turned out worse than the disease. How did he go so far wrong? Poilievre fell under the spell of online crypto gurus promoting Bitcoin as a superior alternative to Milton Friedman’s work seeking a monetary framework to guarantee price stability.

In a 2014 interview, Poilievre revealed that his political philosophy was formed as a teenager when he read Friedman’s Capitalism and Freedom. There is no surprise that a future Conservative Party leader would cite the conservative thinker as an influencer. Poilievre’s intellectual journey has since taken him from Friedman to Bitcoin evangelists such as Robert Breedlove and Saifedean Ammous. According to Ammous, Bitcoin can ensure price stability because annual supply growth is limited by design to less than two per cent, thereby providing a psychological anchor.

How could prices measured in Bitcoins rise 241.8 per cent over the past year when their supply grew less than two per cent? The problem is that while the supply of Bitcoins is stable and predictable, the demand is not.

Poilievre has lectured the House of Commons on “what is money?” but has not read Friedman carefully enough to know that neither Bitcoin nor any other crypto token fits the three-pronged definition of money used by almost all monetary policy analysts. Very few buyers and sellers use Bitcoin as a medium of exchange to complete transactions. Nor is Bitcoin a unit of account for keeping track of relative values in Canada’s economy. Retail prices and salaries in help wanted ads are rarely posted in Bitcoin. No one talks about his or her annual income or property value in numbers of Bitcoins. Some owners believe that Bitcoin is still a good long-term investment. But, 2022 was not the first year when Bitcoin plunged in value. It is too volatile to be a reliable store of value for preserving wealth and buying power over time.

In short, Bitcoin is not being used as money. Crypto tokens are traded as speculative assets with the potential for quick profits and the risk of large losses. Thus, crypto prices can fall or rise sharply each day.

Online crypto guides convinced Poilievre that Bitcoin is “better money” than the government-controlled Canadian dollar. With a convert’s enthusiasm, Poilievre could not see that crypto tokens are not being used as money and opted into 241.8 per cent inflation with prices measured in Bitcoin. As John Maynard Keynes said about another conservative icon, Friedrich Hayek, “starting with a mistake, a remorseless logician can end up in bedlam.”

Poilievre’s crypto catastrophe is more than a humorous political pratfall. He also promises to replace the Bank of Canada’s governor and to modify the inflation target “with an eye not just to CPI inflation, but asset price inflation.” Like opting out of inflation, both are easier said than done properly. Public discontent with a weak economy may carry Poilievre to victory in the next election, but if he continues with the muddled thinking that led him to opt into 241.8 per cent inflation with bitcoin, his prime ministership will be a poor joke on all Canadians.