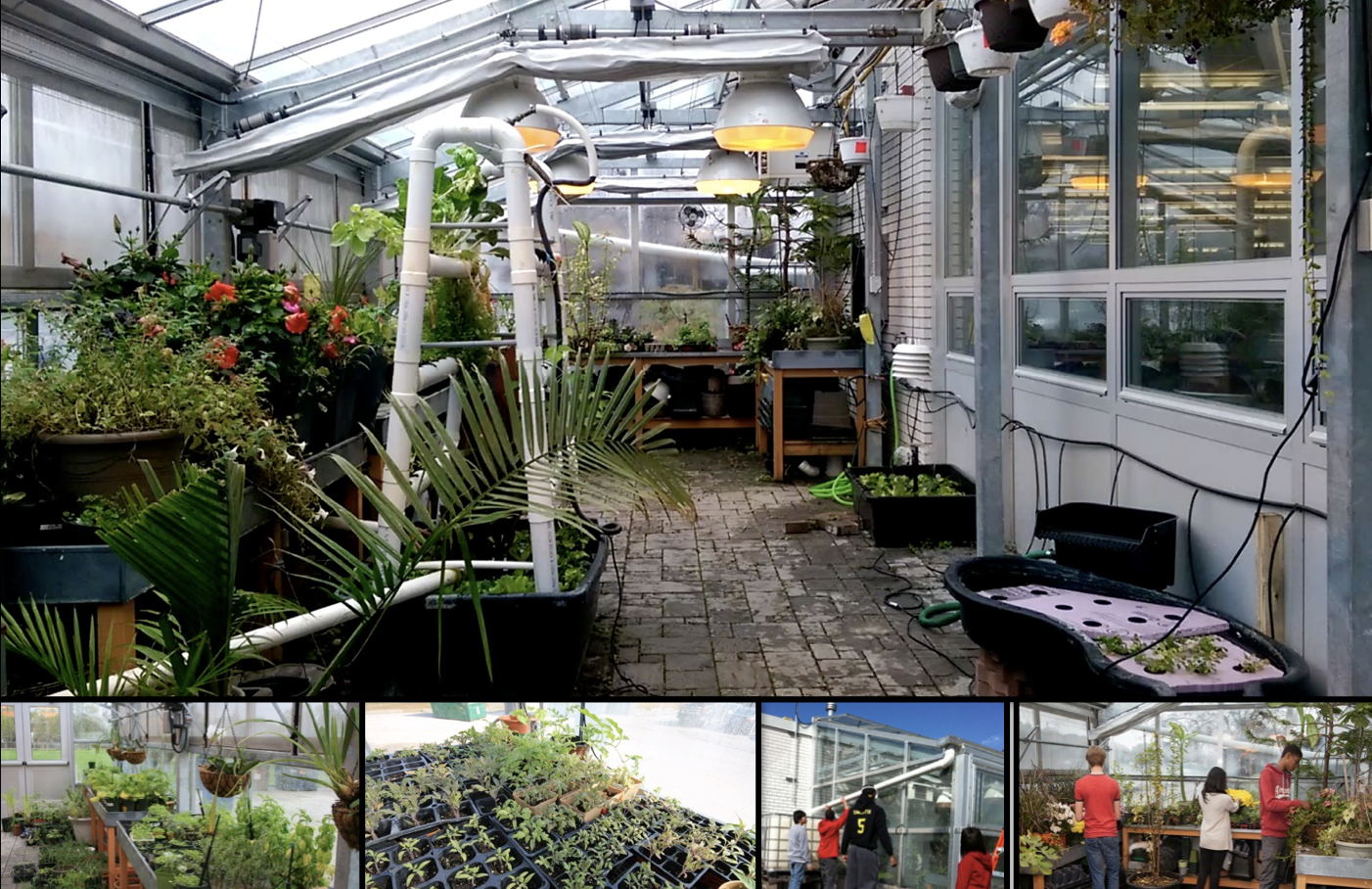 The greenhouse at Don Mills CI will often provide the herbs and other ingredients used in its hospitality course. Photo via Don Mills CI
Previous story
Next story

Over the last 20 years, the grounds of Don Mills Collegiate Institute have gone through a continuing process to achieve the vision of its Emerging Green Technologies & Environmental Stewardship department head, Dan Kunanec.

Here is a brief rundown of the various projects that Kunanec and the Grade 11 and 12 students who have come through his Green Industries, Technological Design and Hospitality courses have designed, secured funding for, delivered and made use of over that time.

The high school and an attached middle school sit on 19 acres of property just east of the Don Valley Parkway and south of Lawrence Avenue in Toronto, providing plenty of different sites for various urban agriculture innovations to be tested.

THE FARM — Kunanec acknowledges that some people may see the school’s farm as more of a garden, but he says urban farming requires a smaller footprint in order to work where space is at a premium. The farm has produced quite a few harvests now, but its most recent addition of covers for two rows of raised beds has extended the growing season by about six weeks on either side of summer.

OUTDOOR KITCHEN — At the far end of the micro-farm, an outdoor kitchen and hosting space is under development. Already equipped with a wood-fired oven, the space will feature cupboards and other design features installed by tech design students and host events put on by those studying hospitality.

GREENHOUSE — Herbs from the greenhouse, situated next to the main shop classroom, are also used by hospitality students, while Kunanec and his green industries students use selective seed harvesting to improve next season’s output. They are expecting to produce at least half of the 5,000 seedlings they’ll need for the farm’s next growing season themselves. Meanwhile, a small outside space next to the greenhouse rotates crops of potato, corn, gourds or combined crops of companion plants, while a citrus grove next to it on the inside provides lemons, lime, grapefruit and oranges.

HAUDENOSAUNEE MOUND GARDEN — Buried logs help transport water and nutrients to the “three sisters” of corn, beans and squash in a replica of a thousands-year-old practice of local Indigenous Peoples. This project, which sits out by the street near the edge of the school property, was developed with help from another teacher at the school and his connection to various Indigenous groups and communities who advised and helped teach students its principles.

Here are all the facilities Dan Kunanec’s green industries, design and hospitality programs at Don Mills CI in Toronto have built up around the school.

MUSHROOM LOGS — In another, mostly shaded enclave of the school, Kunanec and his students have used the same buried log method to cultivate fungi on standing logs with flat wood discs on top. Some have already started to sprout oyster mushrooms from the plugs of mushroom spores they recently injected into the logs.

VINEYARD — Planted in 2018 and running along a thin strip of land on the south side of the main school building, Kunanec said partners from the organic Tawse Winery on the Niagara Escarpment have found the 160 vines to yield more like sites in the south of France than Niagara due to the heat from south-exposed bricks that is released back into the soil after sundown.

The Riesling vines produced their first decent crop of grapes (used to make a Riesling hot pepper jelly for a charcuterie spread in the hospitality class) this past year, and Kunanec is hoping for the Pinot Noir, Chardonnay and Cabernet Franc varietals to join them at a decent output next year. 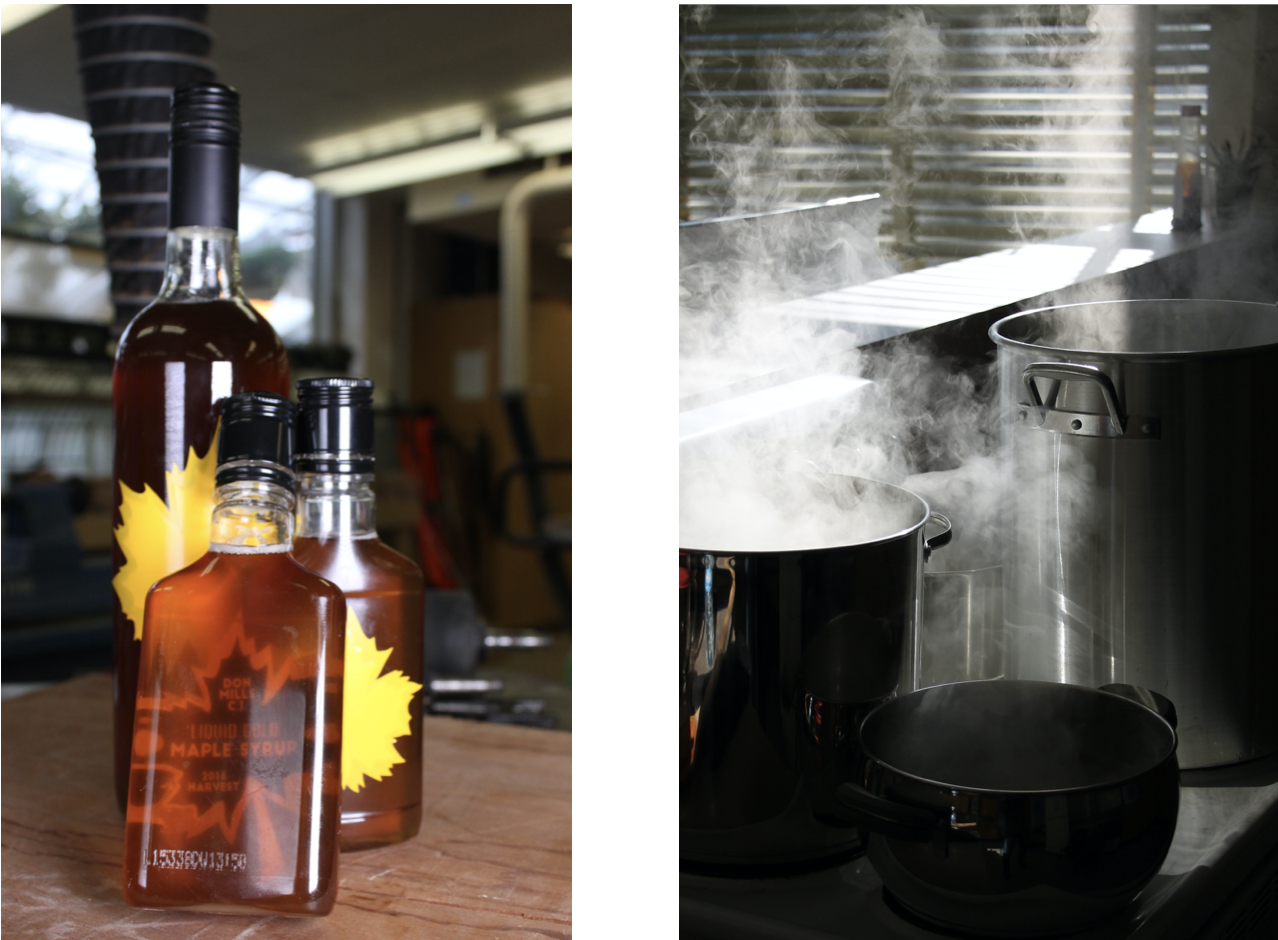 WOODWORKING — Students in the school's technological design class have been taking ownership of trees on Toronto District School Board properties that had to be removed to make way for Toronto’s Eglinton Crosstown transit project and turning them into charcuterie boards and other objects for sale. Over the years, they've also created outdoor seating areas that can host a total of 400 students scattered around the school grounds.

AQUAPONICS — Students are helping raise yellow perch, bluegill and bullhead catfish in a tank for eventual consumption. In the meantime, the fish provide a form of biofiltration in which their waste becomes fertilizer for plants. Kunanec says that if systems like this were more accessible in urban settings, there would be no risk of a supply-chain-induced lettuce shortage anywhere.

fantastic example of what can

fantastic example of what can be accomplished when an inspiring teacher is not thwarted by administeation but supported to let one great project connect to another.! lucky school, kids, community.
now, scale it up to the whole district!!