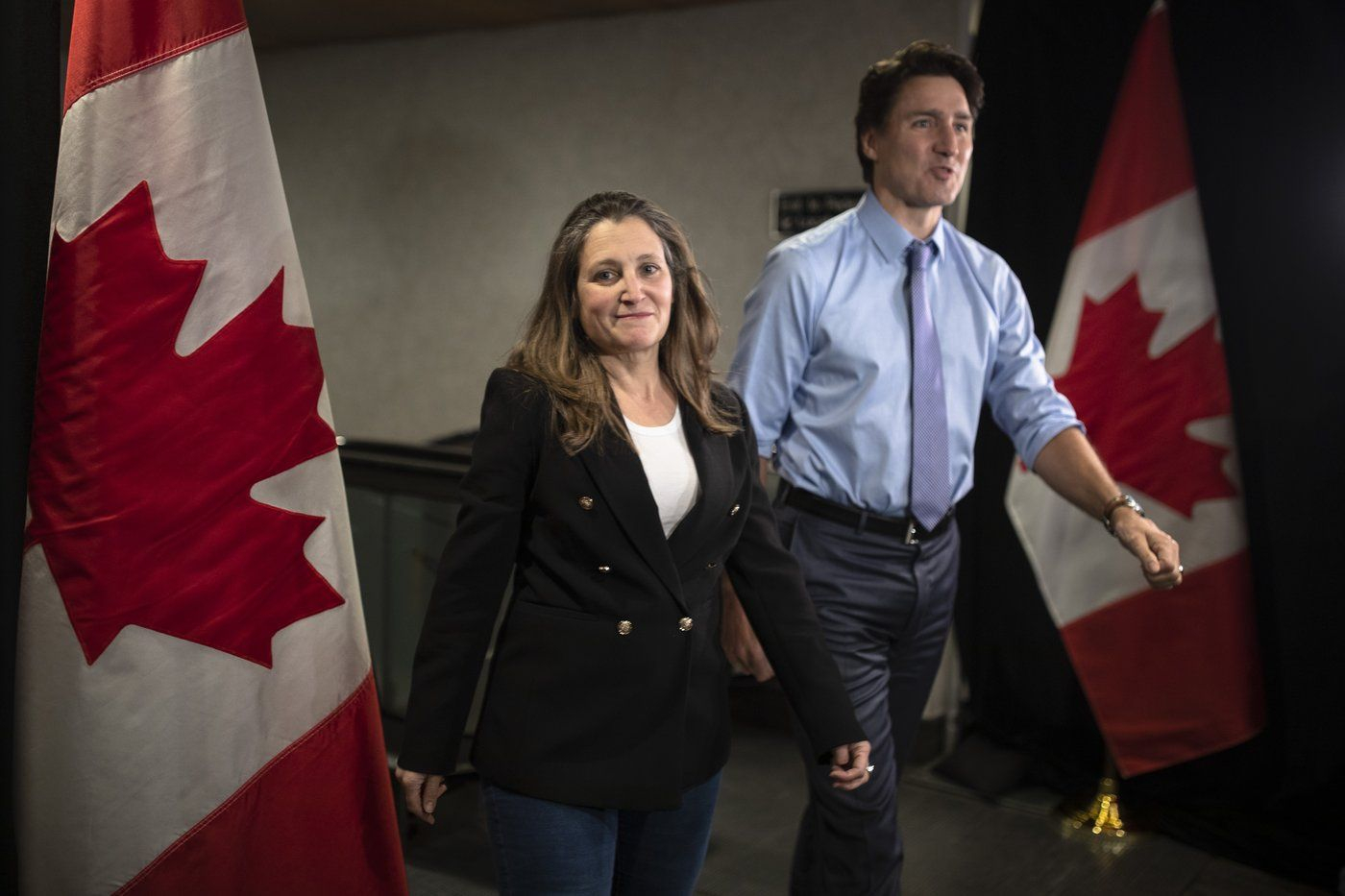 Deputy Prime Minister and Finance Minister Chrystia Freeland, along with Prime Minister Justin Trudeau, arrive at the Hamilton Convention Centre, in Hamilton, Ont., ahead of the Liberal Cabinet retreat, on Jan. 23, 2023. Photo by The Canadian Press
Previous story
Next story

The Liberal cabinet will head into the second of a three-day retreat in Hamilton today with a lengthy to-do list, including tackling inflation and making the country more competitive.

Later today, however, they intend to show proof of one thing mostly ticked off the list: passports.

Families Minister Karina Gould is set to update the situation in passport offices, which were snowed under by passport renewal applications as COVID-19 restrictions eased last year.

The months-long waiting periods for passports led critics to accuse the Liberals of being unable to deliver even basic services to Canadians.

The Liberals are trailing the Conservatives in most polls of late and the choice of Hamilton for the retreat is electorally strategic as it is in one of the most competitive regions in the country, and one the Liberals must win big in if they want to stay in power.