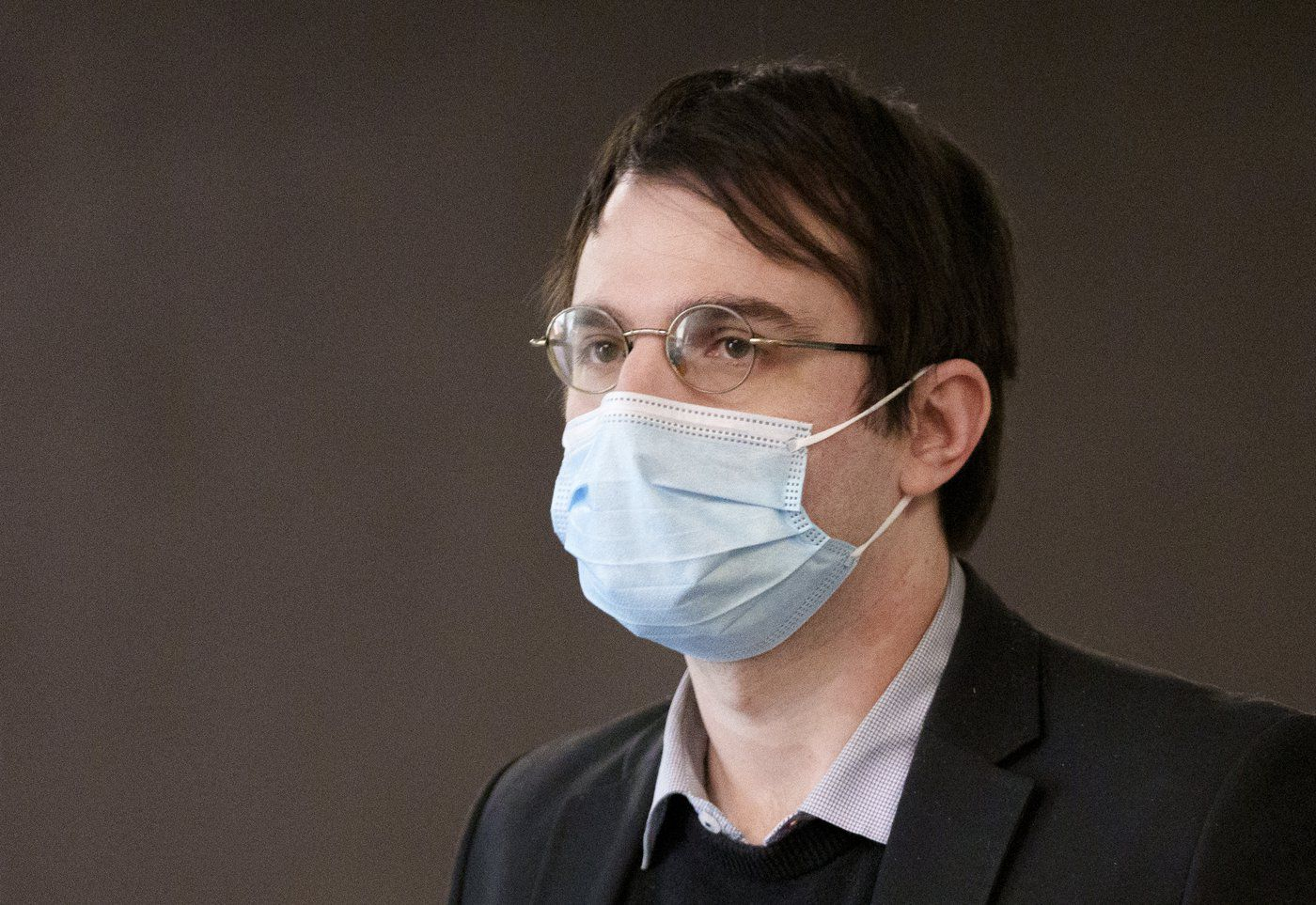 Gabriel Sohier-Chaput walks the halls of the courthouse in Montreal on Monday, Feb. 28, 2022. File photo by The Canadian Press/Paul Chiasson
Previous story
Next story

To advocate for Nazism is to call for the persecution of Jews, a Quebec court judge ruled Monday in a decision against a 36-year-old man who wrote hundreds of online articles for an American neo-Nazi website.

"Not only did he foment hate, he encouraged his readers to act," the judge told the courtroom, reading from his written ruling.

Sohier Chaput was one of the website's more prolific contributors, writing more than 800 articles for the online publication named after the Nazi-era propaganda newspaper Der Stürmer.

The accused admitted to writing part of the article that led to a criminal accusation of wilful promotion of hatred. He said he wrote the section that called for "non-stop Nazism everywhere until the streets are flooded with the tears of our enemies."

Del Negro rejected Sohier Chaput's claim that some of the article's more inflammatory slurs, including a reference to a Holocaust survivor as an "oven dodger," were written by someone else. The judge said Sohier Chaput, who wrote under the name "Zeiger," had never attempted to distance himself from the article until the trial.

Del Negro said the parts of the article Sohier Chaput admitted to writing — and the context in which they appeared — were sufficient to convict.

"The message conveyed is the promotion of Nazism and its ideology, that is to say the persecution and extermination of the Jews," the judge said. "It encourages the reader to consider the Jews as their enemies and, as a consequence, to dislike them and to want to hate them."

Sohier Chaput had argued that the article was intended to be taken ironically and that it used humour and exaggeration. The judge found those claims to be baseless.

"The court believes that the explanations he provided are specious, insincere, opportunistic, misleading, far-fetched and implausible," Del Negro said, frequently looking up from his written ruling to fix Sohier Chaput in his gaze.

"Seventy-seven years after the end of World War II, to persist in trivializing the role that Nazism played in regards to the Jews during the Holocaust and to continue to target them is deeply shocking."

The decision prompted applause from some members of the public gallery.

Immediately after he finished reading his decision, the judge ordered that Sohier Chaput be taken into custody, describing him as someone "extremely dangerous" to the public.

Defence lawyer Hélène Poussard told the judge that people found guilty — even in more serious matters — are usually released while they await sentencing. Sohier Chaput, she said, has obeyed his conditions since 2017.

Del Negro said the accused's crime is "counter to the values of our society" and that he could flee, hide behind a pseudonym and continue to spread hate.

Poussard then asked if her client was being detained because she had filed a formal complaint with the province's judicial council about the judge's conduct. Del Negro refused to answer that question, and Sohier Chaput was handcuffed and taken into the prisoner's box.

At a second hearing later in the day, Del Negro said Sohier Chaput could return home to await sentencing once a family member signed a document guaranteeing the accused would respect conditions. Prosecutor Patrick Lafrenière had no objections to his release.

Poussard told the court that another lawyer would take over Sohier Chaput's defence before the sentencing hearing. Poussard refused to take questions after the hearing, including about her complaint against the judge.

Closing arguments for the trial were originally held in the summer, but the proceedings were extended to give time for debate about the link between Nazi ideology and the Holocaust. The prosecution did not present a witness during the trial who drew a connection between Adolf Hitler's philosophy and the murder of six million Jews.

The prosecution argued that the link between Nazism and the Holocaust was an accepted fact. The defence, however, said an expert witness was needed to establish those facts.

Del Negro sided with the prosecution and ruled that the link between Nazi ideology and the murder of millions of Jews during the Second World War is so notorious and uncontestable that it is not subject to debate between reasonable people.

In his ruling, he said the defence produced no evidence to counter the prosecution's claims; instead, he said, the defence offered dictionary definitions of "Nazi" and questioned the historian-established number of Jews who died in the Holocaust: roughly six million.

Eta Yudin, vice-president for Quebec at the Centre for Israel and Jewish Affairs, said Monday's ruling sends the message that promoting hatred against Jews won't be tolerated. She added that she was pleased the judge upheld the historical facts of the Holocaust.

"The message is really clear: you can't explain away hatred as humour or dislike when you're trying to incite hatred; it will be addressed and it will be punished," she said in an interview.