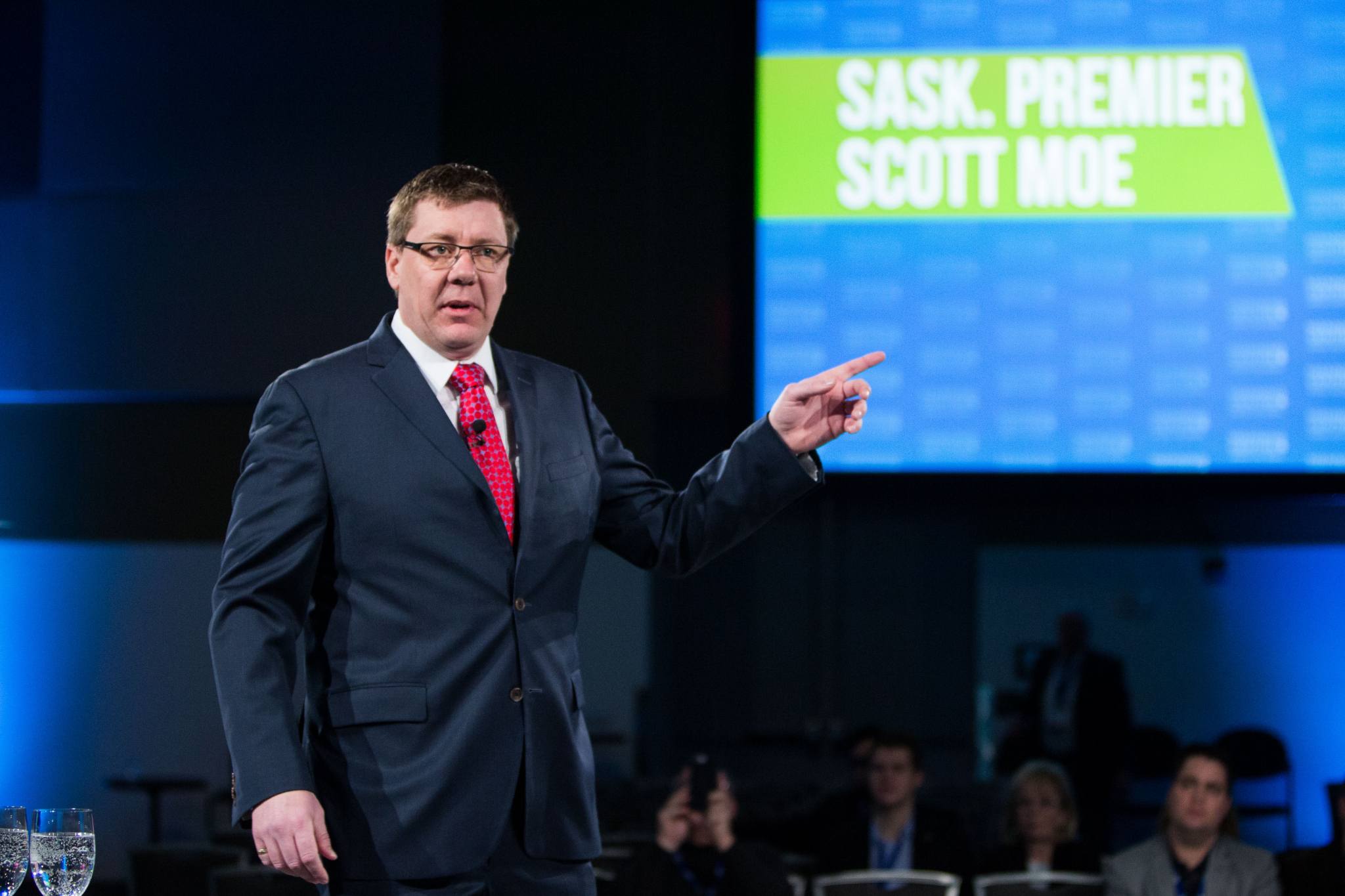 All Canadians should be concerned about the Saskatchewan government’s Bill 88. Known as the Saskatchewan First Act, it has already passed second reading with unanimous consent. It sets dangerous precedents and has serious implications for climate change policy in Canada. After it passes third reading, the federal government should send it to the Supreme Court of Canada for a ruling on its constitutionality.

For several years now, the Saskatchewan government led by Premier Scott Moe and his Saskatchewan Party MLAs has been opposing a wide range of federal government measures aimed at reducing greenhouse gas emissions. It led the way in taking the federal government to court over putting a price on greenhouse gas pollution and lost at the Supreme Court. It has paid little attention to the benefits of energy conservation and ranks lowest in Canada among all provincial governments on the Canadian Energy Efficiency Scorecard.

Now the Saskatchewan First Act appears to be the latest vehicle in the Moe government’s fight with Ottawa over climate policy. Section 3 of the act states the provincial government is to have “exclusive jurisdiction” over regulating greenhouse gas emissions from Saskatchewan’s oil and gas industry, its electricity generation sector, its forestry industry and its non-renewable natural resource sector.

In the oil and gas industry, for example, the Saskatchewan First Act could potentially set the stage for the provincial government rejecting federal regulations that will aim to cut greenhouse gas emissions 42 per cent by 2030.

Moe’s government has argued this target is too ambitious and would interfere with its plans to expand oil production. It could seek instead to set its own standards, and they would inevitably be weaker.

In the electricity generation sector, the act could potentially be used to reject federal regulations that require all conventional coal-fired power stations to be shut down by 2030.

In sharp contrast to Alberta, where coal-fired power has been rapidly phased out, Saskatchewan has made little progress. The Saskatchewan First Act could also potentially be used to block federal Clean Electricity Regulations being applied in Saskatchewan.

These regulations are intended to drive progress towards a net-zero electricity grid in Canada by 2035, but the Saskatchewan government has spoken out strongly against them.

No provincial government should have exclusive jurisdiction over regulating greenhouse gas emissions across vast sectors of its economy.

It is therefore imperative that Ottawa be able to play a major role in regulating greenhouse gas pollution.

Federal-provincial co-operation would have been a much-preferred approach, but Saskatchewan is making that exceptionally difficult.

... or any other of the pieces in this stream.

I think we need a new category of criminal offence, punishable by life sentences: climate slaughter.

Yeah I know--but one can dream, can't one?

Capital punishment is barbaric and we don't do it in this country. But I'd be up for copious jail time.

Perhaps Scott Moe and his

Better yet, join Alberta in a referendum for separation from the federation. Not a just pretend one with a silly, nonsensical question on "sovereignty association" or some such cowardly PR spin and claptrap, but a real serious one with a simple question. Put it to the people directly to decide whether they will give up their Canadian citizenship or not.

Have it out. Settle the dispute over federalism once and for all. Put the people's citizenship on the line.

My guess is when it comes down to that foundational element at the very basis of various provincial conservative parties gameplaying and bellicose rhetoric, the majority of the people would flee across the border to Canada and let the Buffalo Nation be free to shrink itself into irrelevance.

Seriously? That's the same bet that Cameron made on Brexit in the UK - that folks would vote sensibly instead of angrily in a referendum. And look how that went!
You might be safer betting on the Maple Leafs to win the Stanley Cup.

It's not the same at all.

It's not the same at all.

* Cameron did not have a plan for Leave. Canada has the Clarity Act, written after the second Quebec vote. Should a province vote to separate (that's doubtful) , there will be clear indications of the ramifications and guidelines for splitting assets like airports, highways, national parks, military bases and separating financial entities like equalization and debt.

* Quebec had (and still has) legitimate internal cultural heritage, identity and language concerns, and went through with two referenda. Brexiters had concerns that defied facts and catered to fantasies about the old British Empire and were subjected to mass delusion through manipulated media. Both Quebec and the UK now have experience that generated huge regrets and that proved the critics to be correct. Alta / Sask has none of these attributes, not identity, nor upholding old empires or credibility on illuminating supposedly overpowering external control over their economies.

* The UK has a hellish tabloid press and many journos in favour of right wing policy. Canada's press is probably 90% in favour of strong federalism, though there are exceptions.

* The Brexit vote was saturated in data manipulation paid to favour Leave. Likewise, paid Russian bot farms and profit-seeking international hackers pulled out all the stops to flood UK social media with lies and to pry open rifts. Today, the feds are smart enough to ID, expose and enact countermeasures on foreign and domestic internet crud and advertise facts and truthful policy directions.

* Brexit was a recent, kneejerk, immature act. Alberta and Saskatchewan's tradition of griping is over 50 years old. I remember the Western Canada Concept Party from the early 70s. This is purely Alberta's verbal overreach, now copied by Sask.; the West is much bigger than one or two provinces with less than half the West's population. If the the sovereignty pushers were serious they'd have had a referendum by now. Time to call them on their duplicitous contradiction: courageous braggadocio but cowardly failure to act on their convictions.

* Trucker convoys and facsimile are too far out to have any effect on the issue or more representation than the fringe. Moreover, they now get disbanded and sued with the public's blessing. They are not to be feared if it comes down to mandates or two-bit Prairie "sovereignty." They do have a functional value to create a media circus.

Conclusion: Prairie conservatives are too selective and chickenshit to have a serious intention to form sovereign nations and to defy the Constitution. The underlying intention is merely to scream loudly to get more from Ottawa when the Liberals are in power, but remain silent when Conservatives take the helm, knowing that kowtowing will be in their favour. So much for sovereignty.

Further, the pro hacker community has now largely turned against their Russian paymasters because of their war crimes, the humanitarian crisis it created and the genocide they are acting out today in Ukraine. Russia in fact is now a target for them, whereas they left Russia alone before Putin's little man syndrome went to war in Europe.

Foreign hacking and disinformation campaigns voluntarily step down to a degree, and the remaining attempts at doing their damage are now countered during election or referenda events in democratic countries. Having said that, there are a number of domestic hackers with a Trump complex that would be active in any attempt by Alta / Sask to grab more sovereignty, but it won't be anywhere near the Brexit level.

Given the parochial times we

Given the parochial times we live in, the moral argument presented by the author, including the following paragraph don't really amount to much.

Action -- certainly court action -- needs, ultimately, to be based on legalities alone. (Of course, that doesn't prevent politicians from stomping and thumping outside the courtroom).

Several provinces, not long ago, you'll recall, took the feds to court. And lost. So, now these extraction-captured provincial gov'ts try to drive populist wedges, through ridiculous legislative posturing, between the idea of Canada and Canadians in their provinces who they would wish (and seem to be doing their damnedest to realize it) would value themselves, as citizens, only by how much oil they can pump.

If folks are dreaming about new laws and punitive penalties, target the puppet masters, in addition to their lackeys. I tend to think that those guys would have no problem sacrificing the country for their profits. Pro'bly just my opinion.

Remarkable that such a total

Remarkable that such a total crackpot is premier of Saskatchewan.

Southern Saskatchewan has ideal conditions for solar PV energy harvesting 1.75 times better than Germany it could easily produce all the energy needed for its small population and then grow to sell excess capacity to neighboring provinces and the us. There would have to be a link though with Manitoba to draw Hydro produced electricity for when the sun does not shine. They could be leaders in the transition to renewables.