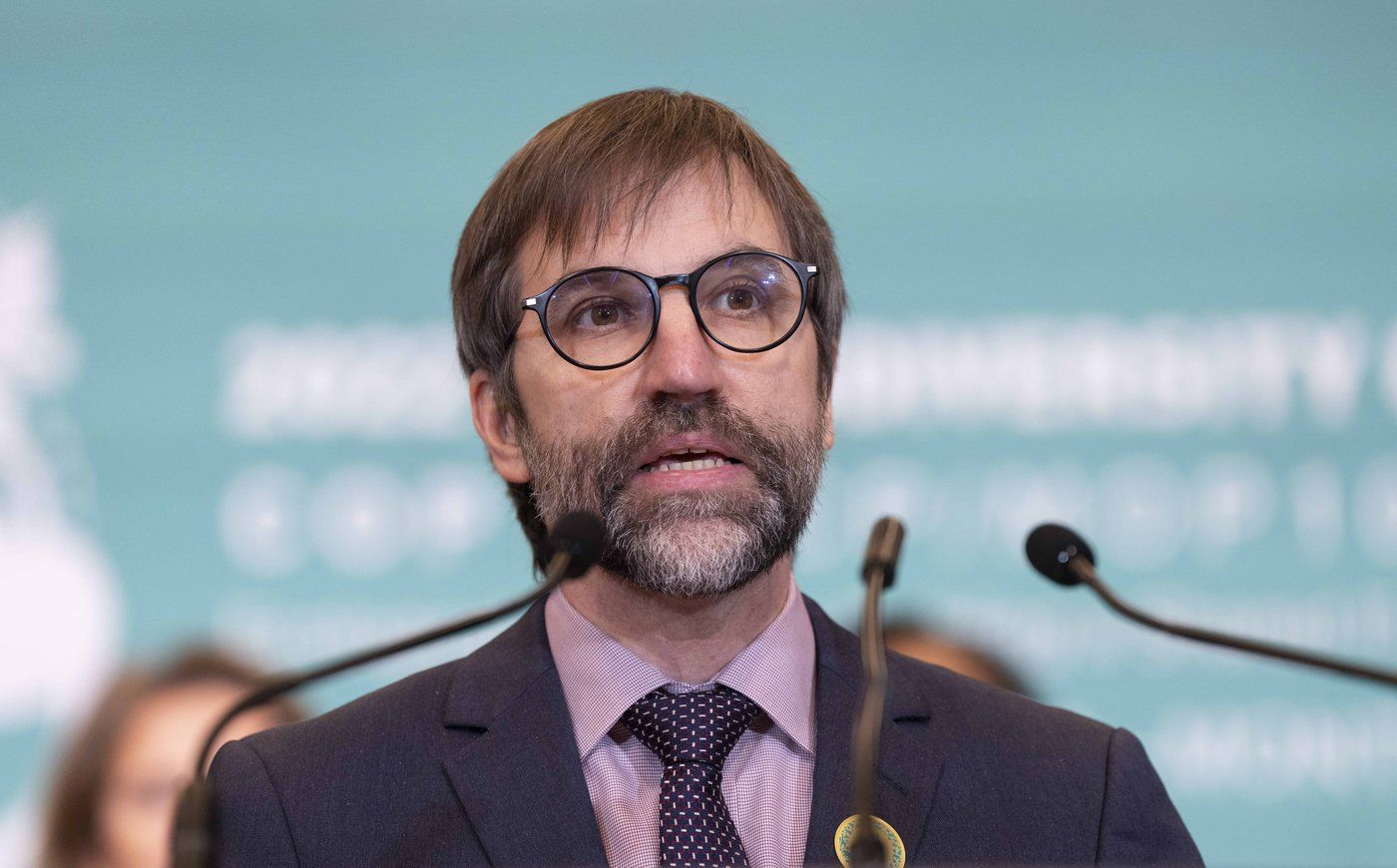 Oilsands executives insist they are all in on cutting emissions and will make big investments in green technology, but they maintain there isn't a place to invest that money yet.

Many companies are coming off a year of windfall profits not because they pumped out more product, but because the war in Ukraine and global supply chain crunches pushed world oil prices way up.

Environment Minister Steven Guilbeault has said repeatedly over the last year that the companies need to prove their commitment by putting some of that cold hard cash into climate initiatives.

But in an interview with The Canadian Press, Cenovus CEO Alex Pourbaix said the companies are moving "as aggressively as (they) can."

"We're not yet at the point where we can invest billions in these projects," Pourbaix said.

Cenovus is one of six oilsands companies in the Pathways Alliance, a consortium created to work together to decarbonize their production entirely by 2050. The companies are looking to spend $24 billion by 2030 on emissions cutting, including two-thirds of that on carbon capture and storage systems.

However, who will pay for those investments is a point of contention.

So far, the consortium has spent half a billion dollars on Phase 1 of these projects, according to the alliance's president Kendall Dilling.

The industry is hoping to see the federal government do more to match the funding being offered by the U.S. government to incentivize the development of clean energy in that country.

The Liberal government has argued it has already created incentives for the industry, including an investment tax credit for carbon capture and storage projects, and that it's now time for the industry to step up.

Oilsands execs say they can't invest in #decarbonization any faster, despite profits. #CDNPoli

Oil and gas companies have enjoyed record profits in the last couple of years thanks to skyrocketing energy prices. At a time when inflation is at decades-high levels, the growth of corporate profits has come under intense scrutiny, with some calling for windfall taxes to capture the excess profits.

In a new report from the Canadian Centre for Policy Alternatives, senior economist David Macdonald found that for every dollar Canadians spent on rising prices over the last two years, 25 cents went toward oil and gas sector profits.

However, Pourbaix rejected the notion that the industry needs to contribute more to government coffers.

"I think we are already contributing significantly," he said, estimating the industry will pay somewhere between $10 billion and $12 billion in federal taxes this year.

Pourbaix said countries that have opted for windfall taxes on the oil and gas sector have far less progressive tax systems than Canada.

However, Andrew Leach, an economics professor at the University of Calgary, said it's difficult to make comparisons across countries because in Canada the industry pays both royalties and taxes.

And while there is much debate about the appropriateness of windfall taxes, the federal government and some experts are concerned about the industry choosing not to invest these profits in carbon capture projects that would help decarbonize the oilsands.

"I would worry that their strategy here is, 'We can get Canadians excited about this and that will push the federal government to put more dollars in to defray some of the investment costs,'" said Leach.

He warned that strategy could backfire as Canadians watch the industry rake record profits and send cash to shareholders.

"If Canadian started asking, 'Well, if the owners of the oilsands companies aren't willing to make this bet, why should we?' then I think that becomes problematic for them."

Pourbaix said the spending will come in later phases of these projects and that in the meantime, shareholders need to be rewarded.

Many of the Canadian oil and gas giants have opted to do that through corporate share buybacks.

That prompted the federal government to introduce a two per cent corporate stock buyback tax to incentivize companies to reinvest profits rather than reward shareholders.

But some advocates want to see the federal government go further.

Keith Stewart, senior energy strategist with Greenpeace Canada, said the fact that the industry won't actually put money behind their rhetoric on climate change is a good reason to implement a windfall tax.

"They're still waiting for the government to come and pay for them," he said.

This report by The Canadian Press was first published Jan. 25, 2023.

Technology (CCS) that captures a tiny fraction of upstream emissions at high cost to taxpayers and perpetuates the O&G industry (CCS, SMRs, and grey/blue hydrogen) is not green.
Fossil fuels for longer. More emissions, not less. Ergo, not "clean", "green", or any other euphemism the media cares to apply.
Oilsands CEOs are understandably reluctant to sink billions of company dollars into fake climate solutions they know won't work. CCS is an obvious fraud. This charade brought to you by Canada's "Ethical™" oil industry.
Dumping most of the costs onto taxpayers makes the scheme even more unacceptable.

Cenovus CEO Alex Pourbaix: "'I think we are already contributing significantly', estimating the industry will pay somewhere between $10 billion and $12 billion in federal taxes this year."
Paying your taxes, as required of every profitable company and citizen, does not entitle you to a return of your tax dollars in the form of subsidies to pay for your business expenses: pollution controls, emissions reduction, clean-up and reclamation, pencils and paper, private jets, etc..
Companies are entitled to deduct business expenses and capital costs from profits when declaring income. That's it.

In other news, the steel

In other news, the steel industry is having trouble cutting down on its emissions of steel.