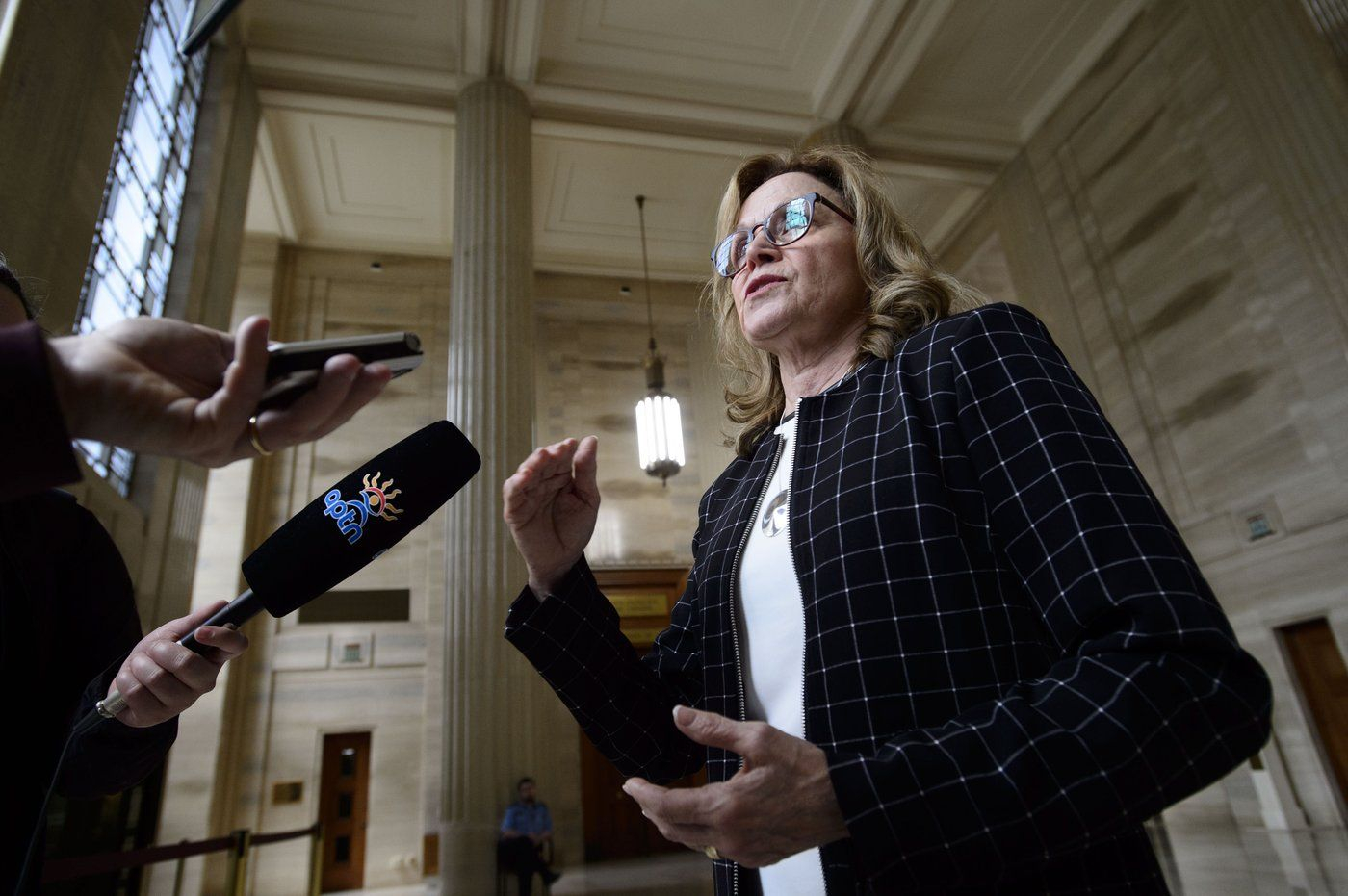 Métis legal expert Jean Teillet, counsel for the Women of The Metis Nation, is seen speaking to reporters at the Supreme Court of Canada in Ottawa on Friday, May 24, 2019. File photo by The Canadian Press/Sean Kilpatrick
Previous story

Since Grey Owl a century ago, people of European descent have falsely claimed to be Indigenous for personal gain or a sense of absolution, but one Métis legal expert says it would take a psychiatrist to try to fully answer, "why?"

"It does boggle my brain, how do you keep all those lies, balls up in the air, for decades," said Jean Teillet, a Vancouver-based lawyer who wrote a report for the University of Saskatchewan last year exploring Indigenous identify fraud.

"What a tangled web we weave, when first we practise to deceive … that's what happens. They get tangled up in their own stories," said Teillet, who is the great-grandniece of famed Métis leader Louis Riel.

It came in the wake of a series of controversies over claims of Indigenous identity by prominent members of Canadian academic, literary and entertainment circles in recent years. The report was released in October, just as the CBC published an investigation into claims of Cree heritage by Mary Ellen Turpel-Lafond, a former judge, professor and B.C. representative for children and youth.

It's not a new phenomenon, though, Teillet's report says, pointing to Archibald Stansfield Belaney, a British-born man who claimed his mother was Indigenous and called himself Grey Owl, rising to fame as a writer and environmentalist while living in Canada in the 1920s and '30s.

Teillet said she sees Indigenous identity fraud as "the ultimate step in colonialism."

She said it undermines what it means to be Indigenous, after two centuries of government policies aimed at curtailing Indigenous rights and stamping out Indigenous languages and cultures.

"I think there are people who use (false Indigenous identity) to make themselves not feel like the colonizer, so you're not the bad guy," said Teillet.

Her report cites University of Alberta scholar Kim TallBear, who calls false Indigenous claims "a final act of theft in a long history of multiple layers and strategies of theft."

Such identity fraud is akin to violence, Teillet said.

"It's not (violence) that leaves you with physical bruises. But it bruises the community, because you're taking. It's what colonialism does, it takes and it takes … That's what they're doing when they're assuming these kinds of identities."

The term "pretendian" making the rounds is clever, Teillet said, "but, to my mind, 'pretend' makes it too innocent … It makes it difficult to see the harm."

Teillet said identity fraudsters play into stereotypes about Indigenous Peoples and get away with it in part because Canadians generally aren't educated about the diversity and complexity of Indigenous identity and culture across the country.

"It is no accident that Mary Ellen Turpel-Lafond and Carrie Bourassa just pulled out all these tropes about trauma and addictions and violence in the family," she said, referring latterly to a former health professor who resigned from the University of Saskatchewan amid questions about her Indigenous identity last year.

"That's what Canadians think about Indigenous people, so they play us, right?"

What Canadians should be asking, Teillet said, is "why do (we) buy into it?"

In addition to reliance on stereotypes, Teillet's report says red flags include vague claims, family secrets, shifting or conflicting stories, or reliance on DNA testing to find some kind of Indigenous ancestry dating back several hundred years ago.

Teillet is confident the recent revelations of false identity are "just the tip of the iceberg" in Canadian universities, government and other institutions, she adds.

"We're waiting for the next exposé about some high-level government person who's also a fake … Because they're there, probably by the hundreds, if not the thousands."

Canadian institutions generally lack and must establish procedures for verifying Indigenous identity, Teillet said, starting with a "big sign" on all of their application forms for grants, scholarships, faculty and staff positions saying "we will check."

"The minute people know that their claim to be Indigenous is going to be scrutinized … that alone is going to stop a lot of the fraud, I think."

Institutions must also introduce policies establishing processes and consequences for potential fraudsters already embedded in their positions, she added.

It feels unfair, because verification puts the onus and scrutiny on Indigenous people, Teillet said, but something must be done to stem the tide of fraud.

For example, fraudsters should not be confused with people seeking to reconnect with their Indigenous ancestry after losing connection as a result of government policies.

This report by The Canadian Press was first published Jan. 25, 2023.