How the oil patch tampers with Trudeau's promises 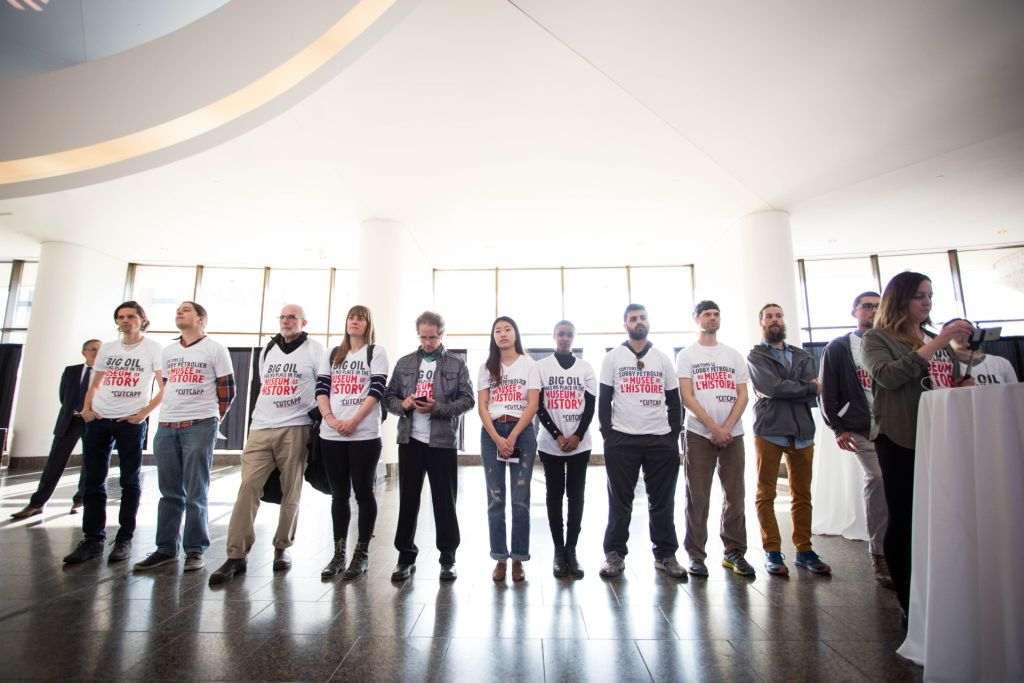 Back in 2015, before he was elected prime minister, Justin Trudeau made some pretty big promises when it came to climate change and indigenous rights. Trudeau promised to re-do pipeline reviews, forcing companies like Kinder Morgan to go back to square one through a robust process. A few months later, he was in Paris, promising that Canada would do everything in its power to meet not just a 2ºC climate target, but the more ambitious 1.5ºC limit being pushed by the most vulnerable nations.

Then, he buckled down and got to work, approving massive new fossil fuel infrastructure projects, like Kinder Morgan's Trans Mountain pipeline expansion from Alberta to the B.C. coast and the Pacific Northwest LNG facility to export liquefied natural gas from northern British Columbia.

Well, it could be that Trudeau just can’t do math. It could be that he doesn’t understand that meeting our climate obligations to 2ºC or 1.5ºC means we should not build any new fossil fuel projects. It could also be that when Trudeau said “government’s grant permits but only communities grant permission” he was just spouting a clever talking point that he didn’t believe. And, it could really be that his view of a nation-to-nation relationship with indigenous peoples means his government gets to ignore indigenous communities who say no to fossil fuel projects, like the Kinder Morgan pipeline expansion.

It could, and may well be some, or all of these things. But, I think there’s something else going on here. Something called the fossil fuel lobby, or specifically a group of companies called the Canadian Association of Petroleum Producers (CAPP).

Since the Trudeau government took office, CAPP representatives have met formally at least 110 times with federal officials and members of Parliament. In that time, they’ve pushed for the approval of the Kinder Morgan pipeline, shored up support for Keystone XL and, most recently, their lobbying led the Liberals to delay passing important climate legislation.

Museum of History should cut sponsorship from oil lobby group

That’s why 350.org picked a fight with CAPP. CAPP representatives aren't just meeting with politicians to advance their agenda, CAPP sponsors cultural institutions like the Canadian Museum of History to support their lobby interests. Our cultural institutions have no place being used as tools for big oil.

Right across the river from Parliament Hill, the Museum of History (formerly the Canadian Museum of Civilization) is Canada’s most famous museum. It’s home to countless artifacts and exhibits that detail the history of this land, including the largest indoor collection of totem poles anywhere in on earth. It’s also where CAPP has half a million dollars to put their logo on exhibits and gain access to exclusive events with politicians. All to try and normalize their anti-climate, anti-environment agenda.

We don’t think this is right. In fact, we don’t think museums and big oil should be in bed together anywhere. And, we’re not the only ones. Already, two of the world’s most iconic museums, the New York Museum of Natural History and the Tate Modern in London, have ended their relationships with fossil fuel sponsors.

Now, it’s time for the Museum of History to cut ties with CAPP, to send a message that no one, be they politicians or cultural institutions, should be sidling up to fossil fuel lobbyists who have undermined climate legislation, gutted environmental protections and tried to derailed indigenous land claims.

We have to stand up to the power of the fossil fuel industry and show that we won’t accept institutions working hand in hand with big oil. And, you can bet that Justin Trudeau will be paying attention when the Museum of History chooses to stand on the right side of history and ends its relationship with CAPP.

Katie Perfitt is a Canada divestment organizer with 350.org

Absolutely, our political leaders need to stand up to the corporate lobbyists, not be swayed by them.

I dream of the day when the

I dream of the day when the federal Supreme Court will quarantine all members of government within the house of parliament and refuse to allow visiting and communication rights to all non-elected visitors and insist on some environmental legislation unwarped by anything or anybody but our elected representatives. I know that that will never happen, so it will only remain a dream.

Politicians are our employees

Politicians are our employees. We hire them; we pay them. Broken promises have to be shown to lead to political job loss. We cannot afford to be cynical about this. If we want to have any democracy, we must make this stick.