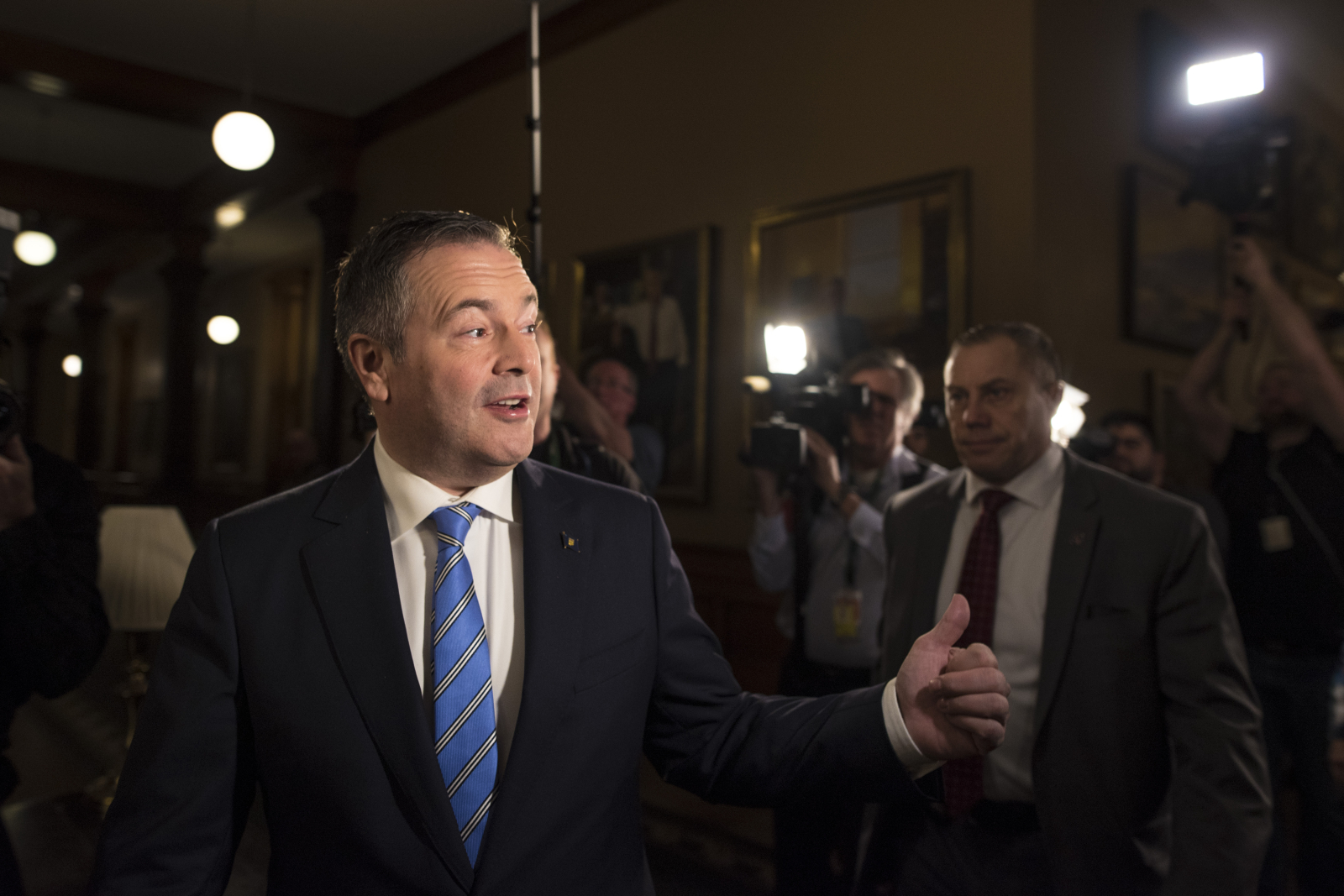 The Premier of Alberta, Jason Kenney, has turned 'green'… at least, according to the Calgary Herald: 'In public shift, Kenney says Alberta has to go green over time.'

Well, in a recent op-ed, I called Mr. Kenney a climate denier. Was I wrong?

This lavish ode lauding the greenness of Jason Kenney started off with: “This is new. And it’s significant.” Oh, boy!

While reducing GHG emissions per barrel of oil (“greening non-renewable energy”) does have merit, these unit reductions are unfortunately dwarfed by soaring production. Even with the “greening” so far, the end result is that annual GHG emissions in the oil sands have soared over the last decade. More “greening” will reduce annual GHG emissions only if production is strictly controlled. In other words, “greening non-renewable energy” cannot be used as an excuse to endlessly expand oil sands production, as is currently taking place.

Mr. Kenney, as a champion for the future of Alberta, addressing the climate crisis must be an important part of your agenda. So far, your actions have not been reassuring, to say the least. If you want to be taken seriously about going green and reducing GHG emissions, you must begin by accepting the science:

Climate change is mainly caused by humankind, largely from the burning of fossil fuels (as recognized in the reports of the IPCC, the acknowledged source of the scientific consensus on climate change).

There is a sense of urgency because we have waited too long to do anything meaningful to reduce GHG emissions, resulting in a climate crisis (the impacts of climate change can be found in the SR15 report of the IPCC).

Accepting these basics is mandatory and applies to all politicians in Canada (CPC leadership hopefuls, please take note), but there is one more special task just for you, sir:

You must get rid of that oil propaganda agency known as the Canadian Energy Centre, aka Energy War Room. This waste of Albertan tax dollars is simply an affront to free speech and Canadian democracy. The continued existence of this organization, which you created, makes you look like a lobbyist for the oil industry.

Mr. Kenney, are you prepared to do these things?

If you do the above, you will have gone a long way to establish credibility with the majority of voters who want solutions for the climate crisis and want them now.

Of course, your actions to control and reduce GHG emissions are all that really matters. Currently, you are encouraging reckless growth in emissions as you seek to expand the oil sands, regardless of the environmental cost.

This attempt to rebrand Jason Kenney by PostMedia isn’t going to fool anyone. However, there is one line in the article - “We are widely seen as waving a flag of denial on the oilsands ramparts, with no plan but producing more oil and gas” – about which there is no disagreement.

My guess is that if Mr. Kenney has turned green, and he rests for a while, it will pass, and he will return to normal.

Calling a spade a spade,

Calling a spade a spade, well done. Kenney and CAPP brag about ghg reduction in %, but never give us a starting point. Of course the reductions bragged about are only in the processing of oil sands to get it to flow. That's only 20%. The other 80% of ghg is created by the user. So oil sands bitumen is far from green or even being a little greener. More gaslight ingredients from the UCP

History has taught (some of

History has taught (some of us) that there often comes along to the stage of politics a character who has determined for himself what he thinks the "people" want to hear and begins to yell these words to the mass over and over again. This in fact is quite commonly the methods used by political parties but sometimes it reaches ridiculous levels of hyperbole. This is the case with Mr. Kenny. He is one of those types that arrive at a point where they actually believe every word they say even if what they say is absolutely ridiculous. Unfortunately for history what has often started as an attempt to gain the confidence of the population leads to terrible and often very destructive endings.

"While reducing GHG emissions per barrel of oil ('greening non-renewable energy') does have merit, these unit reductions are unfortunately dwarfed by soaring production."

In fact, carbon intensity for in situ oilsands projects has increased every year since 2014.
Total oilsands carbon intensity has increased every year since 2015.
Oilsands total emissions do nothing but climb year after year.
AB's emissions show no sign of falling.
AB's oil & gas industry GROSSLY under-reports its emissions — of all types.
The holes in the oilsands emissions cap are large enough to drive a fleet of heavy haulers through.
Increasing production will continue to overwhelm any technological improvements.
Rising oilsands emissions cannot be reconciled with Canada's inadequate climate targets.
Oilsands expansion will prevent Canada from meeting its inadequate targets for decades.
Climate action and a growing fossil fuel industry are incompatible.
AB's oil industry has no climate plan that meets Canada's targets.
The oil & gas industry is banking on climate action failure. The only scenario in which oilsands expansion makes sense.

In Alberta, we call this greening.