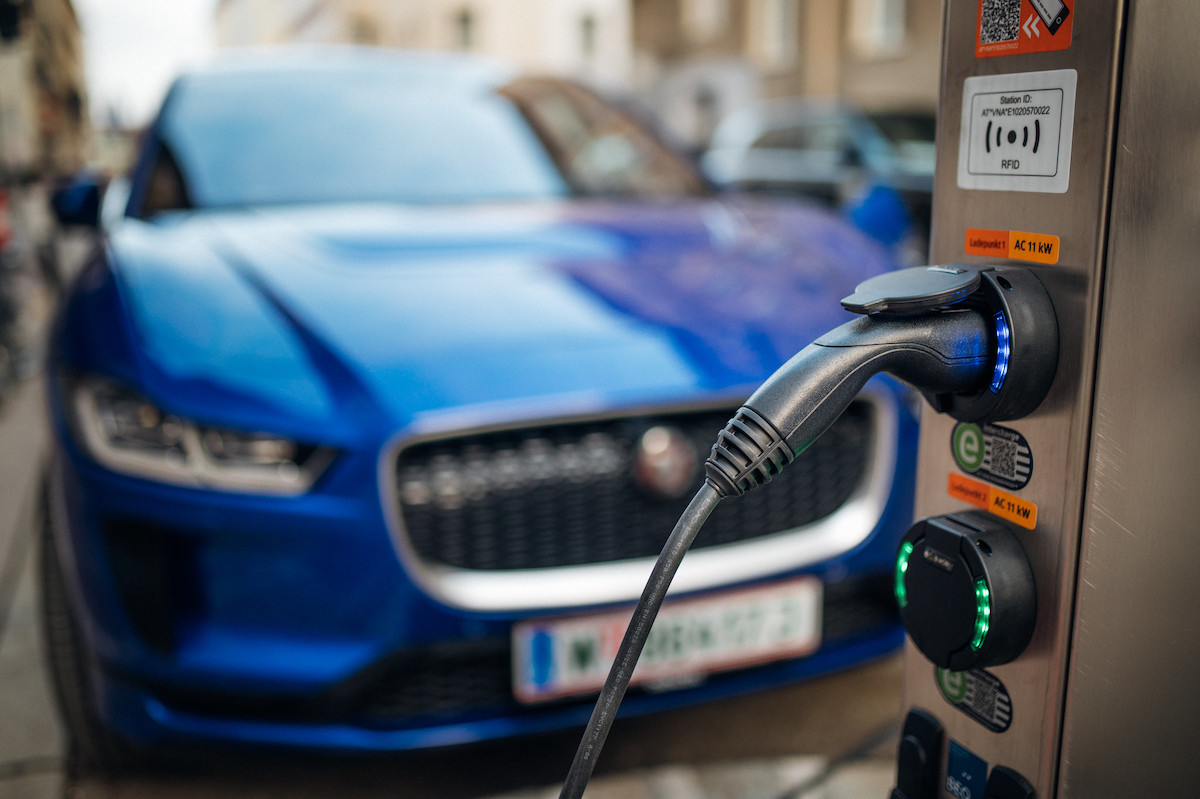 Only about 30 kilograms of raw material will be lost over the life cycle of a lithium ion battery used in electric cars once recycling is taken into account, a new study shows. Photo by Ivan Radic/Flickr (CC BY 2.0)
Previous story
Next story

Fossil fuel cars waste hundreds of times more raw material than their battery electric equivalents, according to a study that adds to evidence that the move away from petrol and diesel cars will bring large net environmental benefits.

Only about 30 kilograms of raw material will be lost over the life cycle of a lithium ion battery used in electric cars once recycling is taken into account, compared with 17,000 litres of oil, according to analysis by Transport & Environment (T&E) seen by the Guardian. A calculation of the resources used to make cars relative to their weight shows it is at least 300 times greater for oil-fuelled cars.

The campaign group said battery electric vehicles were superior to their petrol and diesel counterparts across raw material demand, energy efficiency or cost — as well as eliminating exhaust emissions of carbon dioxide and other harmful gases.

The accelerating move to electric vehicles will entail environmental costs. Higher battery production will require more mining of minerals such as lithium, cobalt and nickel.

However, T&E argued that the cost of oil extraction for fuel represents a much greater environmental toll. The report pointed to a “double standard” used when assessing the relative merits of electric and fossil fuel vehicles, which takes the use of oil for granted.

“When it comes to raw materials there is simply no comparison,” said Lucien Mathieu, a transport analyst at T&E and an author of the report. “Over its lifetime, an average fossil-fuel car burns the equivalent of a stack of oil barrels 25 storeys high. If you take into account the recycling of battery materials, only around 30kg of metals would be lost — roughly the size of a football.”

Developments in battery technology will reduce the average amount of lithium, nickel and cobalt required for each car, mitigating some of the increased demand for the materials as well as lowering car prices. At the same time, circular economy regulations requiring higher recycling rates could cut demand further.

T&E calculations suggest that battery electric cars will use 58 per cent less energy than a petrol car over its lifetime and emit 64 per cent less carbon dioxide. Emissions associated with electric cars are mainly produced in the energy-intensive manufacturing of batteries, while the vast majority of emissions associated with internal combustion engine cars come from its use.

Some makers of internal combustion engines have argued for the merits of cutting emissions through hybrids that combine batteries with petrol engines, in part because of the emissions associated with producing batteries. However, Aston Martin faced a backlash last year after a report making similar claims — that the large amount of carbon used to make electric car batteries undermined the case for a switch away from petrol — was attributed to a PR company registered to a wife of a director at the U.K. carmaker.

Ford announces plans to go all electric in Europe by 2030

Finally we have a study that

Finally we have a study that refutes the oft repeated myths about the environmental costs of EVs. Thank you.

So, doesn't this simply add

So, doesn't this simply add importance to the urgent need to get cars off the road? Two wrongs don't make a right – adding less (or different materials) to private vehicles' already massive global footprint is still adding to it, not reducing it.
We clerical workers have started learning how to work from home, or indeed from anywhere with a good Internet connection, but we still need fast, effective public transit for people doing physical work or work tied to a physical place, including rural residents.

It's also important to take

It's also important to take into account the mine waste generated in producing those EVs, which doesn't seem to be considered here. For instance, each kg of mined graphite used in a Tesla Model S battery generates over 100 kg of solid mine waste. Considering there are 25 to 50kg of mined graphite in a Tesla Model S, that’s 2.5 to 5.0 tons of mine waste (or equivalent to 1 to 2 additional cars in material weight). And then there's the lithium, nickel, and cobalt wastes, as well as copper mining wastes (for copper used in electric motors).

I understand that EV's have

I understand that EV's have better CO2 reduction outcomes than combustion engine cars, but the comparison in this article fails to take into account that EVs need to be charged, and its CO2 emissions depend on how the electricity was generated.
I know even when the electricity come from coal fired power plants EVs still do better because their higher efficiency. So the comparison made in this article: "a stack of oil barrels 25 storeys high" against "30 kg of metals lost." is not one based in reality as the full life cycle analyses must be taken into account for both options. Again EVs need to be charged and that part is absent in this comparison.
Please remain credible on this, if not it will hurt the move to more EVs.

All these assessments of the

All these assessments of the fossil fuel footprint of producing electric cars in the first place point to the importance of getting the fossil fuels out of manufacturing. That too is something that can be electrified, and where the source of electricity needs to be renewable.
Still a good idea to vastly increase the amount of public transit (and have that, too, not be fossil fuel based). But personal vehicles are not going to disappear; neither are various industrial vehicles or short haul trucks. If they're going to be there they should be electric (we'd probably be better off if most long haul trucking was replaced by rail--it's only competitive because the government pays for highways while rail companies mainly pay for their own tracks).

Some really good points. Perhaps the biggest shift we can make is from the one size fits all solution..the silver bullet default solution.......to multiple solutions.

There is no doubt in my mind the future is less run, run, run, than our current economy....we are going to learn to do with less, enjoy more, consume less. We are going to work differently, more often from home, more often in the concrete world, rather than in the cloud. And we aren't going to be techo nomads in transit........running our old bums from beach to beach...........or temporary gig to temporary gig.

Time to slow down. Ev's are helpful in this regard. After 350-400 km you have to stop and recharge..slowly overnight, or more quickly over a leisurely lunch. So you go less far, but you get to stop and smell the flowers along the way...........and small business' will be there to greet you, treat you well, feed and accomodate you.

I think the problem with envisioning this other future comes from imagining that the new technologies have to replace the old, one for one. They don't. Speed will be seen as the real driver of attention deficit, anxiety and life shortening stress. Inner states of awareness and enjoyment will pre empt the need to get on a jet and vacate on. Seriously.

Most marijuana trips are more satisfying that all inclusives, if you have a mind to journey with. But for sure, the future is electric, not fossil driven....and our parties, barbeques and block parties are more connected, solution driven and emotionally satisfying. We'll work and play together more; create economies of well being and care.
This present world order is a blip in evolutional time.

We can't expect electric vehicles to replace gas guzzlers one for one.......we do live on a finite planet. But anyone who reads this article and continues to argue for the environmental costs of EV's, while ignoring the much greater damages done by gasoline transportation.......is either unable to hold more than one idea in his head at a time.........or is a troll for the fossil fool industry.

Really. It's that simple.

A very good review of the

A very good review of the array of materials and their environmental cost in EVs vs. combustion cars.

There is another view shared by many urbanists and some commentators regarding EVs, that fewer cars on the road would be a better solution, with an emphasis on the remaining cars being EVs. With a bit of joined up thinking our cities could evolve into a series of mixed-zoned, largely walkable and transit-oriented communities with super-efficient buildings that attain net zero or even net negative energy consumption (i.e. buildings become energy producers with attached solar).

Another aspect not discussed is energy storage. A million EVs in a metropolis can act as a gigantic, decentralized battery of roving parts with the capability to offset a region's electricity costs. This works through net metering where an EV is trickle charged at home at lower nighttime rates, and sends power back to the grid at a higher daytime or even peak rate while parked at work at work, with an overall credit for the owner. One million EVs can therein offset the firing of gas peaker plants during peak use periods, and may offer a utility huge long-term savings by eliminating the need to build these additional plants.

EVs can be programmed to keep a minimum of, say, 100 km of charge in the battery at all times, offering up the remaining range balance of 200-300 km of power to be charged and discharged instantaneously to / from the grid through a two-way meter connected to the EV. A critical mass of EVs in a city coupled with the huge grid-scale storage capability now coming on stream with the cheap liquid metal battery (LMB) will give a utility a lot of flexibility to meet variable demand inexpensively with stable base load power to balance the regional load using intermittent renewables. LMBs use local, common materials like calcium, antimony, magnesium and salts. They can help conserve lithium and cobalt by confining the latter to transportation, small-scale residential projects and small electronic devices.

To some, these things are pie in the sky. Perhaps they need to just have a think.