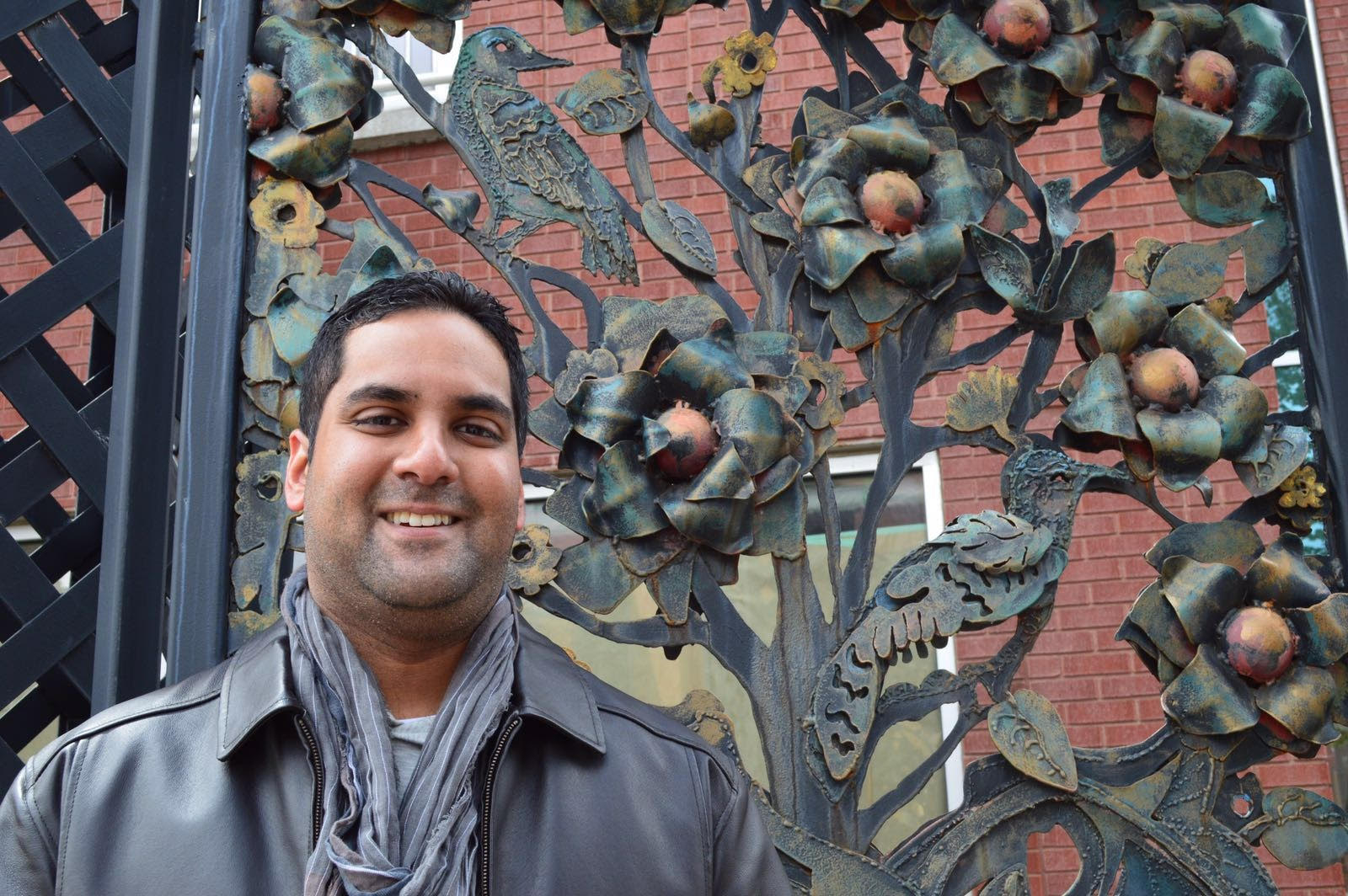 Toronto-based Muslim environmentalist Muaz Nasir has found a way to combine his background in environmental science and his passion for community activism. Photo by Afeefa Karim
Previous story
Next story

As a continuation of a previously featured series, Faith & the Common Good looks at perspectives concerning the intersection of climate breakdown, faith and moral duty, and examines the role of religious leaders in advancing an equitable, anti-racist, life-supporting climate and world for all.

Eight years ago, Toronto-based Muslim environmentalist Muaz Nasir was looking for a way to combine his background in environmental science and his passion for community activism with the goal of furthering an Islamic perspective on the care of the Earth. He wanted to offer Muslims Canadians across the country a website they could visit if they wanted to learn from one another and share resources.

“People were feeling disenfranchised, they didn’t know where to start,” Muaz recalls his thinking at the time. “And so, project Khaleafa was born.”

“Khaleafa” is the Arabic word for steward, and illustrates the sacred responsibility that has been given to Muslims by Allah. The concept is to situate Muslim Canadians in the unique, changing landscape of this country brought on by human-induced climate change and draw upon the traditions of Islam for guidance and solutions.

Incorporating greening workshops into the project, Muaz wanted to do more. So in 2012, he launched the Green Khutbah (sermon) Campaign, a tool for imams to mobilize Muslims in embracing their role as stewards of the environment. Years on, “imams are coming to us in an intentional way, seeking resources that are more tailored to their audiences,” Muaz says.

Even before the global pandemic put the world on lockdown, Muaz saw an increase in imams broadcasting and live-streaming their sermons, and sharing links to what they were doing online.

The Green Khutbah Campaign has now become so popular that it has spread to Islamic groups and organizations across North America and Europe, and in many other parts of the world: “India, Pakistan, Indonesia are picking it up, the Islamic Society of North America Jaffari Community Centre has built on it with tree plantings and environmental stewardship committees."

In recent years, the campaign has been expanded to a year-round “green actions initiative,“ including a Green Ramadan action list. Beyond the sermons, Muaz says the campaign encourages a litterless Ramadan, (pre-COVID-19) community gardening, seeking more connections with other faith communities, and civic participation: “People should be engaging their politicians — and not only on single issues.”

COVID-19 is a time for all of us to rethink our relationship with the environment. Black and Indigenous communities live with more pollution, making them more vulnerable to the disease. And so, with climate change, as with this novel coronavirus and racism, “we are not suffering equally,” says Muaz. Yet, he describes this moment in time as “pivotal. There’s more awareness.”

Toronto-based Muslim environmentalist Muaz Nasir has created a website that allows Muslim Canadians to learn from one another and share resources in tackling issues such as climate change. #ClimateChange #NetZero

Muaz points to the grassroots level of engagement he is noticing from the Muslim community, such as Muslims practising direct action and attending Black Lives Matter rallies, protecting businesses from lootings, and journalists from police brutality by forming circles around them and using their bodies as shields.

“There is nothing within our prophetic tradition that advocates that one person is better than the other,” Muaz says. “A lot has to do with cultural change, and confronting our personal biases.”

Within the Muslim community itself, Muaz views the elevated focus on the Black Lives Matter movement as a chance to address the racism that exists against Black Muslims: “Much of the Muslim population in Canada is predominantly South Asian and Middle Eastern background, so this is an opportunity for Black Muslims to share their stories, engage, learn, and spur some real change.”

Muaz is hopeful for the future, encouraged by social media and the technology to mobilize quickly around critical issues in ways that were not available in the past. He refers to a number of new eco-Muslim groups springing up, such as Green Ummah and Green Muslims. As well, many faith communities are joining the Just Recovery For All movement for a post-pandemic world that is equitable and just.

Muaz’s biggest hope for Muslim-led environmental action lies with the younger generation because “the environmental movement is youth-driven.They see the link between faith and the environment, and they are using their skills, reinforcing messages that have come from previous generations.”

Interestingly, Muaz notes that these difficult times have fuelled a return to mosques — with people on wait lists for Friday sermon attendance: “It’s rock concert level,” he laughs. “I think people are looking for that spiritual connection.”

Yes, like we have seen with this virus, we are all deeply connected, one to the other and ultimately, with Muaz, whatever the faith, we all have a responsibility to look after each other.

He says that one of the greatest actions we can take right away, is to make a conscious effort to learn about one another. “What you see on the news is not the whole story,” he says. “Go out and talk to new people. You don’t know what you are missing until you do.”

"The environmental side of

"The environmental side of Islam?" You mean that lovely, inclusive, evidence-based doctrine, that set of ideas from the mind of some seventh century MAN that has so fervently inspired ISIS and the Taliban and still, unbelievably, DOES? Indulging in any such "alternate reality" at this point of real, natural crisis is beyond irrelevant and irresponsible, it's outrageous, and absurd. Never have we needed science more, and religion less.
Why further enable the increasingly dangerous delusion of religion, and why continue tolerating the intolerance encoded within its false doctrines?
This utterly frivolous article is a glaring and unwelcome departure from the usual high standards of the National Observer.

This is a really

This is a really counterproductive comment. You could say the same thing about an article talking about Christians finding an environmental side, but again it would be counterproductive. There are billions of religious people in the world. You are not going to be able to just purge them all, and we need action on the environment now, with the world population we have, not the world population you want.
So do you want the muslims and christians and so on and so forth to all be by definition opposed to environmentalism? If not, there is a need for articles like this.

(As a side note, the main objections you express to Islam are [1] It's old, and [2] It was started by a man. I don't think it's a good idea to categorically oppose everything old or every idea that a male ever had. People have been eating food for a long time and I don't propose to stop doing that. The idea of democracy was invented by male chauvinists in Greece before Mohammed or Christ)