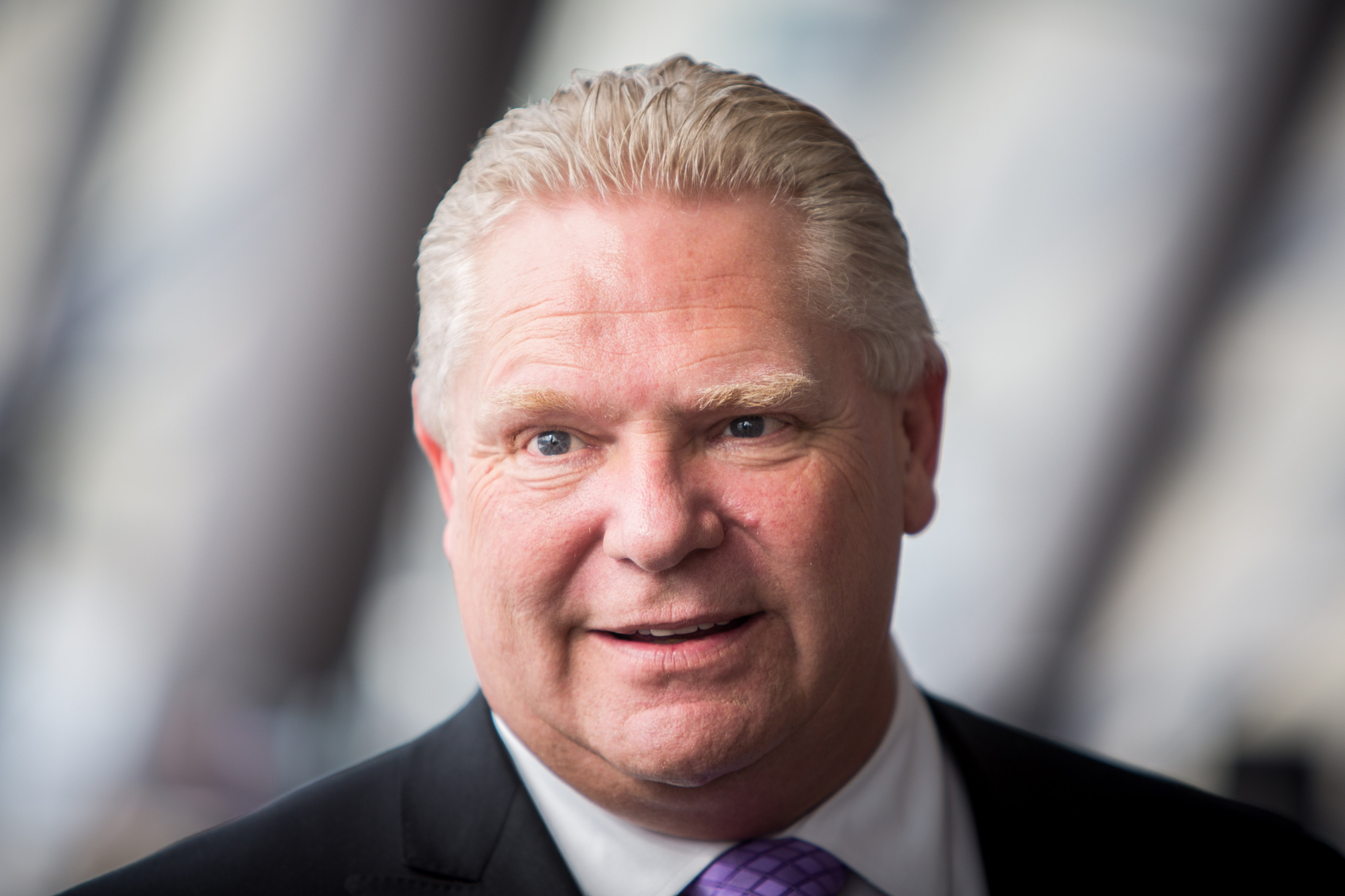 In a campaign-esque announcement on the floor of the automaker’s facility, Ford promised the money will support economic development and jobs throughout the province.

The automaker wants to completely transition to zero-emission vehicles by 2040 and has put billions into retooling Ontario plants to make hybrids and electric vehicles (EVs). The Alliston plant will build both gas-powered and hybrid 2023 CR-Vs.

Touting Ontario as the place to manufacture “the cars of the future,” Ford focused his remarks on the economic potential of the investment, while other politicians, including Trudeau, heralded Honda’s transition to making hybrids and EVs as a means to cutting pollution and reducing greenhouse gas emissions.

But it’s not clear how the province intends to make that happen. Shortly after being elected in 2018, the Ford government cancelled a number of programs intended to encourage the transition to EVs, including buyer incentives, and went so far as to remove car-charging infrastructure that was already installed. It also cancelled the Green Commercial Vehicle Program that helped large diesel trucks switch to electric or install emission-cutting mechanisms.

A 2019 audit of the province’s climate change plan, intended to direct a 30 per cent reduction in greenhouse gas emissions over 2005 levels by 2030, found that the government was estimating reductions from a more than 3,000 per cent increase in EV use — projected to occur due to the programs it had just scrapped.

A November 2021 followup showed Ontario had only fully implemented 27 per cent of the audit’s recommendations and had made little or no progress on half. It had, however, revised its reduction estimates for EVs downward to a “business as usual” forecast.

The Ontario NDP has pledged to make every car sold in Ontario electric by 2035, a goal the federal government has also set for Canada. In a tweet Wednesday, NDP Leader Andrea Horwath called Honda’s announcement “great news for good-paying jobs, our province and our climate… It’s always a smart choice to invest in Ontario jobs and workers.”

The Ford government has done something of an about-face in recent months, announcing its support for installing EV charging infrastructure along major Ontario highways, investing in EV manufacturing and establishing a Transportation Electrification Council to gather advice on transitioning to EVs.

In Alliston, Ford didn’t answer a reporter’s question about whether he would reinstate buyer incentive programs that help offset the higher costs of EVs or, if not, how he planned to increase use.

A press secretary for Environment Minister David Piccini said Tuesday that the province “recognizes the role of low-carbon vehicles in transitioning to a sustainable low-carbon transportation system and a clean-growth economy and is supporting the uptake of EVs in many ways.”

“But without a real plan to make EVs more affordable and accessible, driving electric will remain out of reach for far too many Ontario families.”

Wow. And I always consider

Wow. And I always consider the Liberals hypocritical (which they are), but this is a whole new level: Projecting greenhouse gas reductions based on what the outcomes would have been, of programs you demolished with extreme prejudice. Conservatives always claim to be all plain talkin', straight-shootin' ordinary folks, but they lie and weasel and two-face harder than anybody else.

They've gotten a lot of mileage out of one basic maneuver: They act like total jerks and try hard to imply that must mean they're in some sense honest, because traditionally people who are trying to con you act pleasant and smooth. That's it, that's the whole schtick, and it's amazing how many people, including in the media, have accepted this terribly simple grift as reality.

The grift is well described

The grift is well described in your last paragraph. Trump has proven how well it works in the US, as have many of his emulators. Poilievre is trying the same tactic in Canada. Alberta politics have always been thus. Sask is just their little brother. Ontario is no different. Dogmatic, dumb and generally ignorant of science is the way one can think about Conservatives these days. I do believe they can do a lot better and still be Conservatives, and I hope one day they get there.