Would it surprise you to hear that not a single province in Canada has an energy plan designed to tackle climate change?

Electrification is the backbone of decarbonization, and it’s clear provincial jurisdiction. Six of the 10 provinces have climate plans at least vaguely oriented towards net-zero. But not a single one has translated its objectives into direction for the tangle of regulators and system operators, public utility commissions and energy companies that will have to deliver electrification.

“If we don’t have an electricity system up to the task, we are not getting off fossil fuels,” Jason Dion told me this week. Jason is the mitigation research director for the Canadian Climate Institute. He spends his days studying the pathways to net-zero and identifying the logjams.

I can’t say I was surprised to hear that not a single province has a decent energy plan, but it did hit me as a cold dose of reality when Jason articulated the situation so clearly on the Herle Burly Podcast this week. I Zoomed him up and asked him to elaborate.

Fossil fuel-burning produces the overwhelming bulk of climate pollution. All our engines and furnaces need to be switched to motors and heat pumps as quickly as possible. From the perspective of a household, Jason says the transition looks something like this: 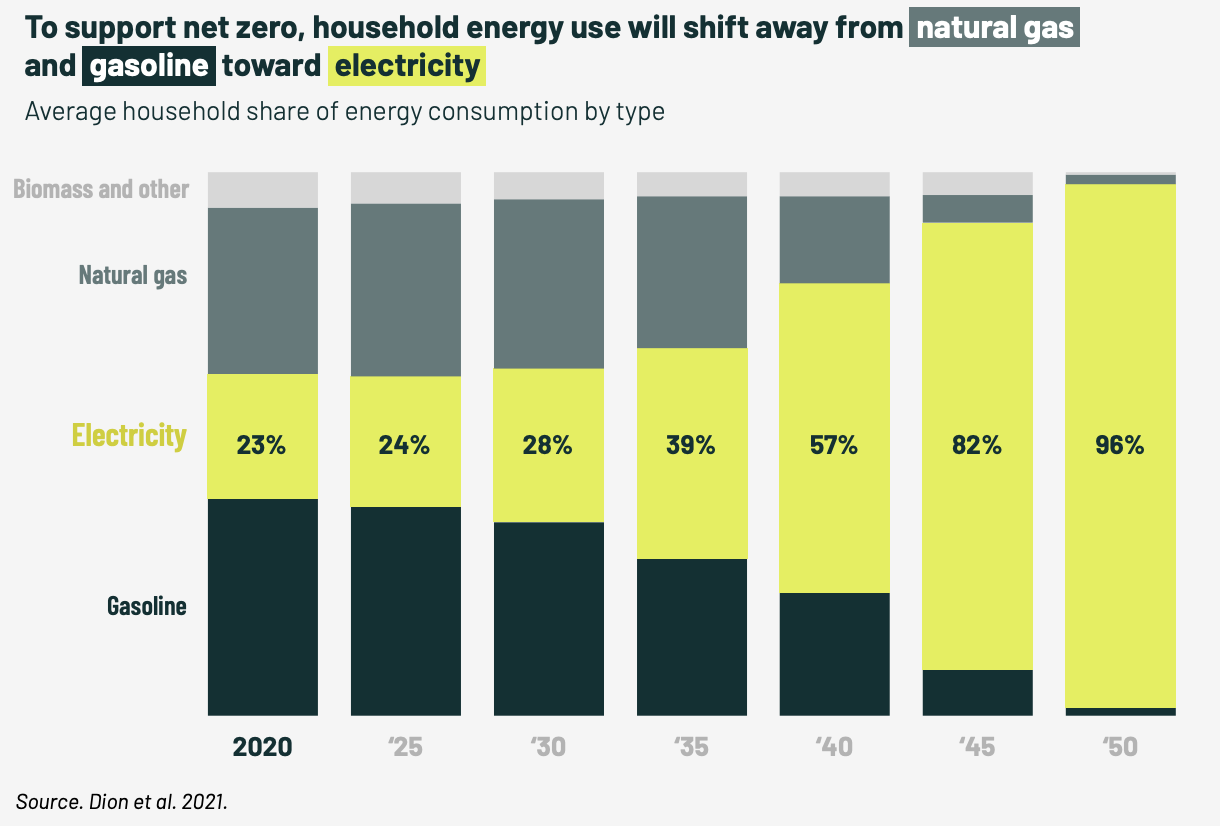 Each province needs to be figuring out how to get the clean electricity it needs, how to build the transmission system and how to deliver electrification of vehicles, buildings and factories.

But all across the country, those decisions are caught in that tangle of different agencies, utilities and companies, stumbling into each other, often working at cross purposes. A grand failure of what some call climate governance.

Ontario is looking to build new fossil gas plants — a dead-end road that would send the province crashing up against requirements for a clean grid by 2035. Just this week, an independent study showed Ontario’s cheapest and most reliable options are wind and solar.

Ontario is facing an electricity crunch just at the moment we need to be electrifying everything. “We have the once-in-a-generation opportunity to build an electricity system that expands Ontario’s clean electricity advantage and meets the needs of both urban and rural communities,” says Julia Langer, CEO of The Atmospheric Fund. “But immediate planning is critical.”

B.C. has an enviably clean grid and a provincial government issuing climate plans. And yet the province is an illuminating case study in push-me-pull-you energy governance — the electric utility is locked in battle with the gas company, which is still hooking up thousands of new customers to fossil gas each year. The skirmishing has produced good comedy but not much in the way of good governance. 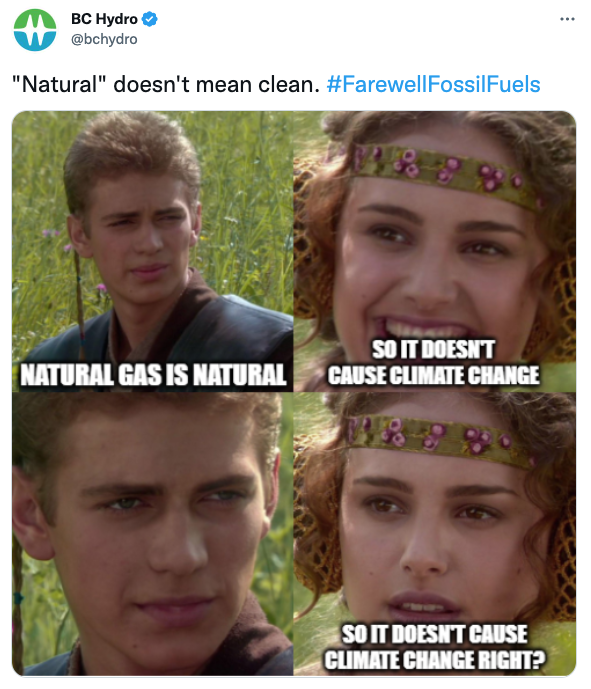 And BC Hydro recently unveiled its 20-year planning scenario — a plan which doesn’t pretend to meet the province’s greenhouse gas goals. It’s telling that the utility did actually sketch out a more aggressive plan but only as a kind of FYI. An appendix to the plan it’s actually going to use. Absent clear direction from the province, the utility wouldn’t have been able to get the climate-aligned plan approved by the public utilities commission. Talk about a tangle.

The situation on the other side of the country is equally tortured. In Nova Scotia, the province’s rate programs are undermining its climate goals. The power utility, Emera, is stopping work on renewable energy projects and freezing spending on the Atlantic Loop — the one truly promising prospect in Canada for regional co-operation between provinces on electricity.

The utility says it can’t continue “to fund new wind generation, transmission, infrastructure upgrades and battery storage to help facilitate the transition away from coal-fired generation.”

The feds can play some role in untangling these messes by regulating greenhouse gas emissions, and the forthcoming clean electricity standard will hopefully do exactly that. They can also help with funding and backstopping projects (just as they’ve done with, say, the Trans Mountain pipeline expansion project). But it’s the provinces that have to cut through the knots and get the various players oriented in the same direction.

Each province needs an energy plan that provides high-level direction for energy supply, heat pump adoption and the general electrification of transit and vehicles, buildings and factories.

And there’s a clear role for citizens to catalyze energy plans. Public pressure to produce a basic energy plan is the kind of simple demand that lends itself well to advocacy campaigns.

The tangle of energy governance is itself an opportunity for public pressure. In the recent book The Big Fix: Seven Practical Steps to Save our Planet, the authors zero in on public utility commissions precisely because of their enormous power coupled with mandates for public input.

You can imagine a world where, for example, the BC Utilities Commission gets inundated with public demands to make BC Hydro’s “appendix” into the main planning scenario. As well as pressure on the province to make it so.

Public pressure for energy plans can even be applied at the municipal level. Jason Dion points to the City of Ottawa as an example. Ottawa hasn’t issued a true energy plan but the city has indicated a general intention to transition off gas. And Enbridge’s recent proposal for a new gas line was refused because the regulator took the city’s direction into account.

Energy plans may not be the sexiest fulcrum for organizing. Dave Roberts once described utilities as “shielded by a force field of tedium.” But as the climate movement reorients from winning the battle over whether to tackle climate change and focuses on how to do it, we’re going to have to break through those force fields and get each province to produce a plan.

It’s not all doom and tangle on the provincial energy front. Consider this reply from P.E.I.’s Progressive Conservative energy minister:

"There is no way, as long as I sit in this chair, that there's going to be any more fossil fuels burned on the island."

That was Steven Myers’ response to news the electric utility was planning to buy new fossil generation. The minister showed a pretty impressive grasp of the energy transition, saying that grid-scale battery storage is where Maritime Electric ought to be investing instead. And he showed a remarkable understanding at the household level, too:

"That's the next step that you're going to see us take. If you already have solar, then we have to have a program in place to allow you to have a DC inverter and storage.

"That's where our vision is in the next two years."

Acting like it really is a climate emergency, one of Canada’s oldest family foundations is going to give away all its money by 2027. Foundations typically operate by keeping an endowment in perpetuity and granting out the money they make off the investment.

“Instead, (Ivey’s) $100-million endowment will be distributed among organizations tackling the climate crisis in Canada,” reports Cloe Logan.

Bruce Lourie, president of the Ivey Foundation, says time is of the essence: “We know what the problem is with climate change, it's fossil fuels. And still, we can’t put the word ‘fossil fuels’ in an agreement. Why is that? It's because of the economic power of the global oil industry and the strong links that governments have with the oil and gas industry.”

Montreal will host the UN summit on nature this month. Not to be confused with November’s COP27 on climate change, this will be COP15 of the UN Convention on Biological Diversity.

Ahead of the summit, Canada released a status report on the plants and critters sharing the land and water. At least 2,253 species are at high risk, including North Atlantic and North Pacific right whales, the blue whale, the Sei whale, the (no-longer-so) common grey fox and the Vancouver Island marmot.

Natasha Bulowski reports: “873 species are critically imperiled, 1,245 are imperiled, 2,765 are vulnerable, 9,562 are apparently secure and 10,038 are secure. A total of 105 species identified as at risk are only found in Canada — in other words, their fate rests with us.”

Also on the eve of the nature COP, “scientists from 13 countries are calling for protection of the world’s waterlogged, carbon-rich peatlands, a quarter of which exist within Canada’s borders and are threatened by development.”

There is a mind-boggling 150 billion tonnes of carbon stored in Canada’s peatlands. “If we were to lose just one per cent of that stored carbon, global greenhouse gas emissions would increase by 11 per cent, said Lorna Harris, the lead author of the statement and a forests, peatlands and climate change scientist at Wildlife Conservation Society Canada.”

Sales of heat pumps are surging in Europe. It’s the world’s fastest-growing market as Europeans look to wean off fossil dependency. But it won’t surprise anyone following clean tech that the world’s biggest market is China.

Around one million heat pumps were installed in China last year. There are over 12 million residential units supplying heat and air conditioning in the country. A new report by the International Energy Agency says China has 45 per cent market share in manufacturing the magic boxes. 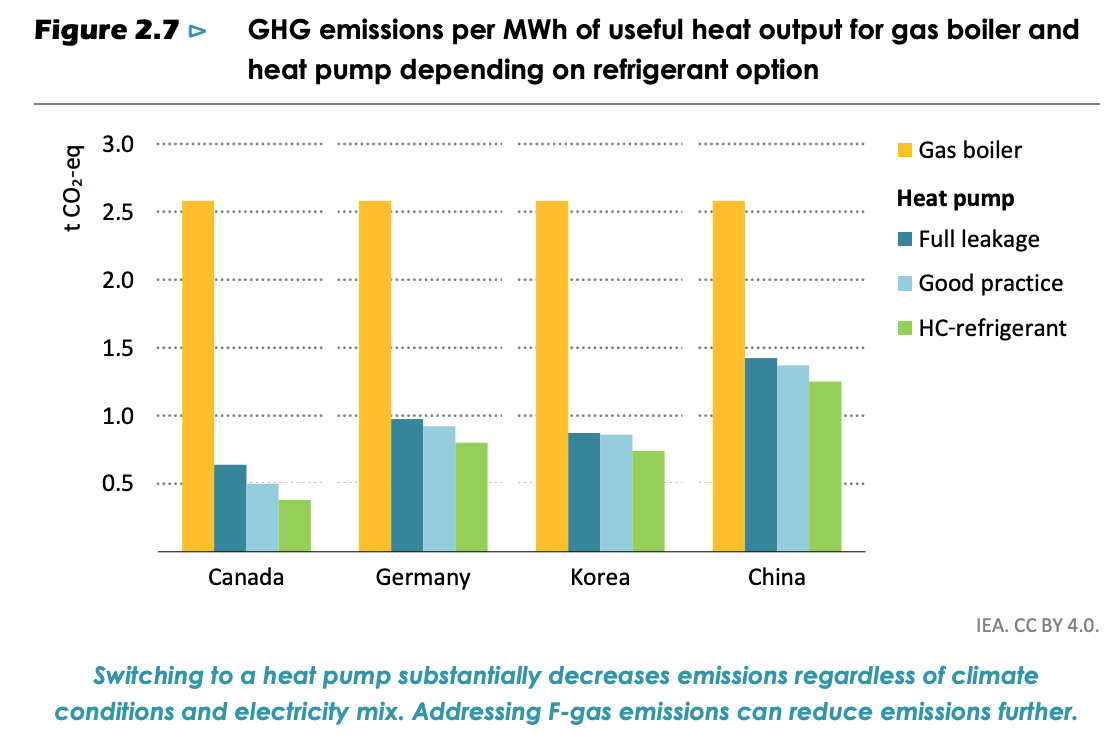 “Ontario still has no co-ordinated plan to deal with increasingly intense flooding and its effects on urban areas,” according to the province’s auditor general.

Morgan Sharp reports the auditor general “also said the government has not counted how many high-risk oil and gas wells have been plugged or need to be, nor fixed one leaking oil since 2018 or two more at high risk of leaking gas.”

There’s no word yet on whether the auditor general will investigate Doug Ford’s assault on the Greenbelt. After pledging to keep hands off the Greenbelt, the province suddenly announced plans to remove 7,400 acres — a move suspiciously beneficial to well-connected donor-developers.

Internships in the House of Commons are funded by private donors, including the Canadian Association of Petroleum Producers and Chicken Farmers of Canada. Donors get special lunches with MPs and an “exclusive spring reception.”

Duff Conacher, founder of Democracy Watch, tells the Globe and Mail it amounts to an unethical “cash-for-access system.”

On Thursday, the Membertou First Nation announced plans to take its lobster fleet off fossil fuels. The Membertou First Nation is in Unama'ki (Cape Breton) and has lined up backing from the philanthropic arm of Google. There are already some diesel-electric hybrids being used in Prince Edward Island but Membertou’s would be the first fully electric boats. The nation has its own boat-building facilities and will build them itself. 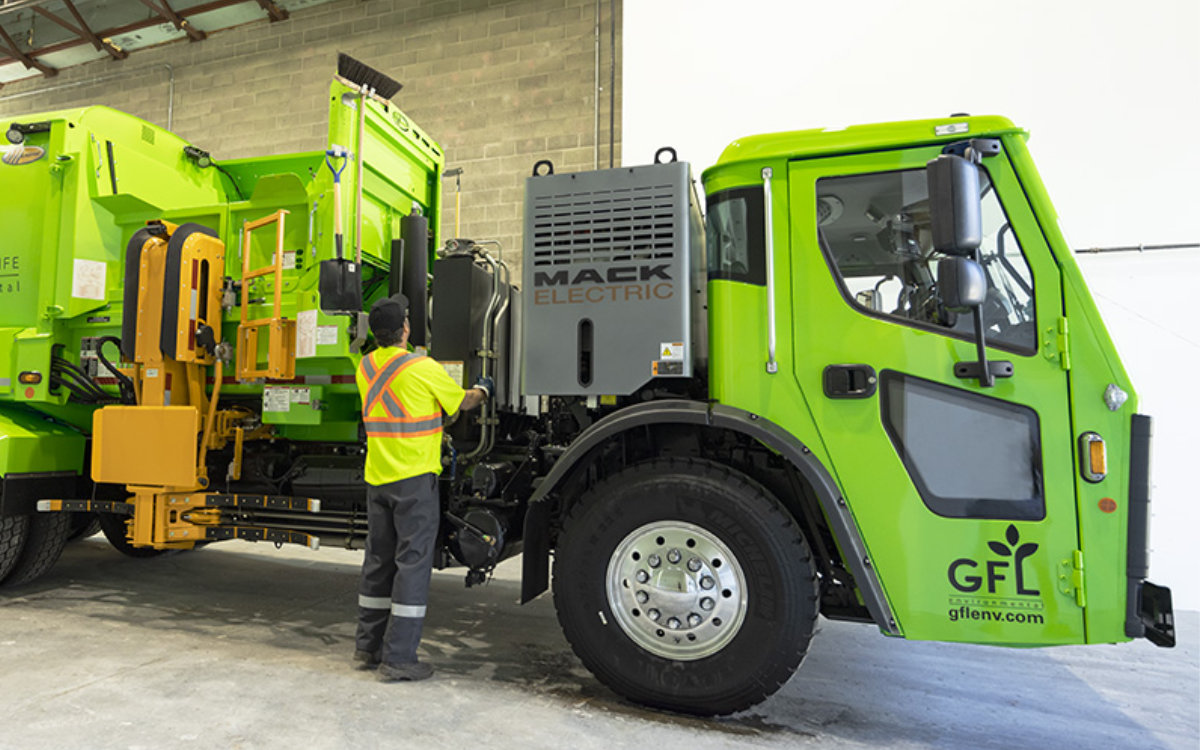 “British Columbia is one of two provinces in Canada that offers a rebate for commercial electric vehicles, in addition to the federal rebate,” reports Electric Autonomy Canada. The new truck is owned and operated by GFL, headquartered in Vaughan, Ont.

“And in the U.S., where GFL operates in 23 states, the company was this year awarded the Gainesville, Florida solid waste collection contract which will be serviced by 30 to 40 BEVs (battery-electric vehicles) starting in 2023: the largest single-site BEV-serviced waste contract in North America.”

I’ll leave you this week with a link to the Herle Burly episode on Electrifying Canada I mentioned earlier. It’s an aptly named show for diving into the state of electrification in the provinces. And it was wonderful to see host David Herle take on the topic — Herle’s show is closely followed by political junkies. Here’s hoping they were listening closely.

That’s all for this week. Thanks for reading Zero Carbon. Please forward it along and always feel free to write with feedback or suggestions at [email protected]