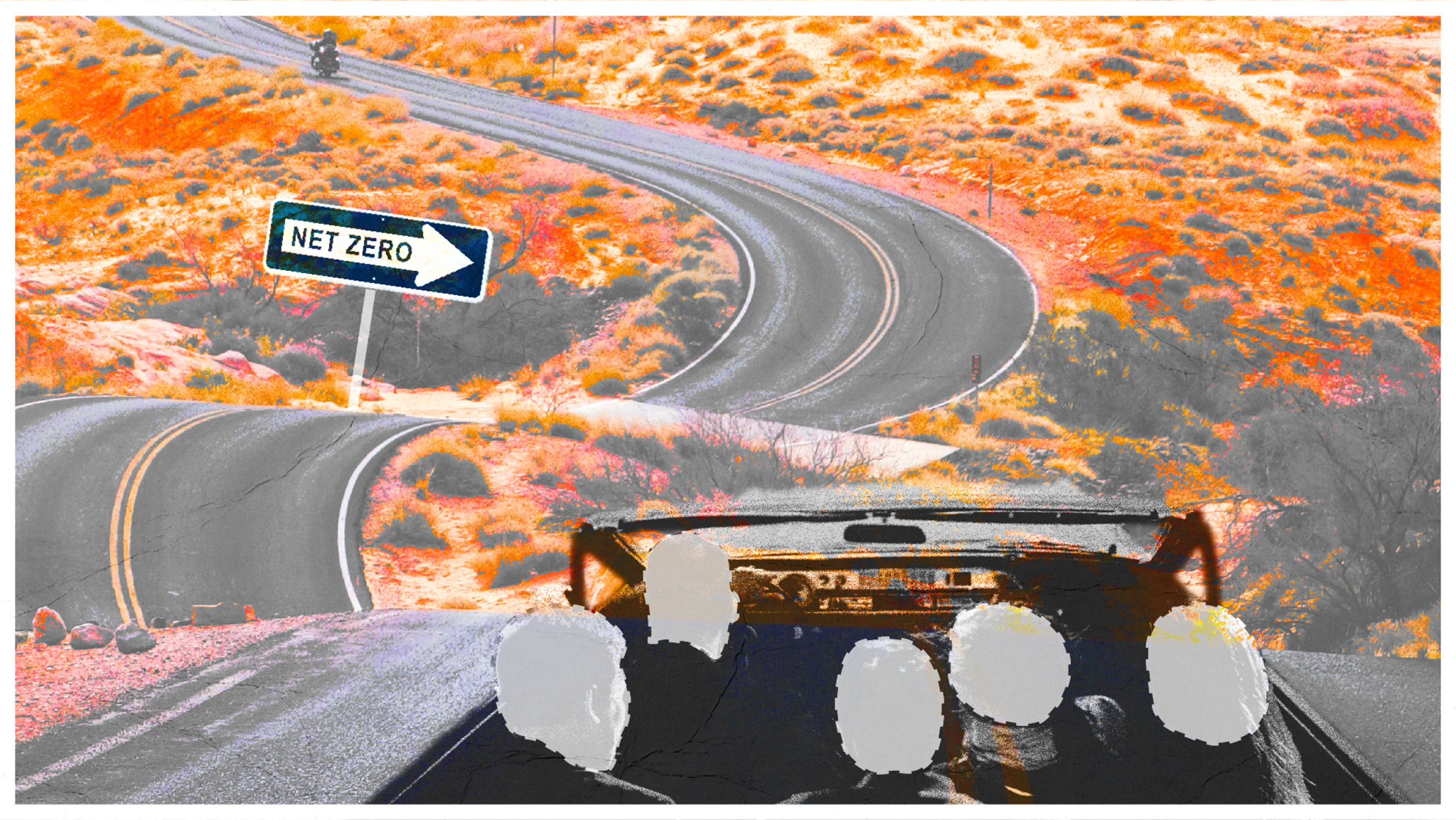 The Glasgow Financial Alliance for Net Zero (GFANZ), launched last year to great fanfare because it was supposed to steer financial institutions like banks, insurance companies and others to a climate-safe future, announced it was dramatically weakening its membership criteria.

No longer will members have to phase out financing for unabated fossil fuels, as required by the UN’s Race to Zero campaign. This gives financial institutions carte blanche to keep money flowing to the sector most responsible for driving the climate crisis. In other words, the alliance has become yet another voluntary club.

Canada’s five biggest banks — RBC, Scotiabank, TD, BMO and CIBC — all promised to reach net-zero greenhouse gas emissions by 2050 as part of that banking alliance. With the alliance effectively stalled out as members are encouraged, but not required, to meet tough climate goals, climate advocates are calling on financial regulators to step in to force change.

“GFANZ was supposed to be a club that turned net-zero criteria into results,” said Environmental Defence’s senior program manager for climate finance Julie Segal in a statement. “Now it appears that the Race to Zero’s red lines restricting investment in new oil, gas or coal expansion is too much for mainstream financial institutions to give up voluntarily.

“Policy that ensures financial flows are supporting a safe climate is the only way to deliver fairness across financial institutions and results for climate action.”

For banks to genuinely contribute to bringing down global greenhouse gas emissions, they’ll have to phase out fossil fuel investments — a tall order, considering they’ve invested over $900 billion collectively in coal, oil and gas since the Paris Agreement was signed and want to see a profit on those investments. Of course, it’s not just a financial problem; these investments are destroying the planet.

A recent study from Oxfam-Quebec, Institut de recherche en économie contemporaine and Carbon4Finance estimated Canadian banks were responsible for 1.9 billion tonnes of carbon dioxide in 2020 — 2.6 times more than Canada as a whole. The study is based on the investments from the Big 5, plus Desjardins, National Bank and Laurentian Bank, and notes that if those eight banks were a country, it would be ranked as the fifth-largest emitter in the world behind China, the United States, India and Russia.

Because fossil fuels are the main driver of climate change, continuing to invest in the industry’s expansion while promising to decarbonize is a form of greenwashing. And there are financial consequences when companies falsely portray themselves as being more eco-friendly than they really are.

In September, Competition Bureau Canada commissioner Matthew Boswell said climate change “may be the greatest market failure we have faced” and stressed it was the regulator’s job to protect consumer confidence in the green economy. That’s why the bureau is cracking down on greenwashing. Last month, it launched an investigation against RBC over its climate commitments.

Canadian banks have made lofty climate promises. Who's in charge of actually delivering on them? #FinancingDisaster

Banks are at a fork in the road. They can either choose to decarbonize and live up to the promises they’ve made or continue investing in fossil fuels, making the world more dangerous.

At Canada’s five biggest banks, one in five directors also sits on the board of a fossil fuel company, a Canada’s National Observer investigation revealed earlier this year. Because the board decides the bank’s trajectory, these fossil-linked directors have a major conflict of interest, which could violate their legal obligation to act impartially in the bank’s best long-term interest, climate advocates say.

Investors make decisions based on what banks say they will do, and if a bank doesn’t meet its targets, investors won’t be happy, he added

“Basically, making promises and then breaking promises doesn't look good,” he said, adding it can increase the risk of litigation.

“So this is a really emerging concern, and any director who's on the board of one of these banks that's talking about leaving (a net-zero banking alliance), or talking about walking back climate commitments, should really be concerned because as the ultimate decision-makers of the bank, they have a fiduciary responsibility to ensure the bank is meeting its commitments.”

Because climate change threatens bank investments — like mortgages for properties built on floodplains — the fiduciary duty compelling directors to act in the bank’s best long-term interest may ultimately force banks to phase out their fossil fuel investments.

That legal opinion states a corporation’s board of directors is responsible for managing risk, which courts have found includes planning for the worst-case scenario. After the 2008 financial crisis, for example, an Ontario court slammed CIBC for not hedging against the risk in its subprime mortgage portfolio.

“Even once-in-a-century tsunamis can be anticipated,” the court found. “The degree of damage they can inflict make it all the more critical to anticipate and prepare for them.”

It is up to directors to weigh competing interests and effectively manage risks to the bank, or risk violating their legal duty.

Some legal experts say it’s impossible for directors to dutifully serve both a bank that has made net-zero promises and a fossil fuel company.

“I think it's a breach of your fiduciary duties, that's really what it is,” Osgoode Hall law professor Barnali Choudhury told Canada’s National Observer. “You're not staying true to what we call the spirit of the law.

“If the law says you have to take the decisions that are in the best interests of the corporation and as part of that you've made a net-zero commitment, then you cannot have these people on the board,” she said.

“If you say we don't care about the climate and we're going to be the last barrel … you can staff your entire board with fossil fuel people… I have no issue with it because you're staying true to what you think is in the best interest of the corporation. But if you've made a commitment that you will be doing net-zero, then you can't have them. That's the point: it's hypocrisy.”

That’s where fiduciary duty gets complicated. Technically, the board of directors can decide for itself what its best long-term interest is. But if directors have a poor climate understanding, they risk violating that legal obligation, said Carol Liao, director of the Centre for Business Law at the University of British Columbia’s Allard School of Law and a co-investigator with the Canada Climate Law Initiative.

“You can't have a climate change denier on your board,” she said. “That, to me, would be someone absolutely negating their fiduciary duties because they have to … exercise the care, diligence and skill that a reasonably prudent person would exercise in comparable circumstances.”

That “means being very aware of climate-related risk.”

In 2022, outright climate change deniers are less common — or at least are usually smart enough to keep their mouths shut. However, there’s a new and prevalent wave of climate denialism that recognizes the planet is heating up but ignores the science dictating the steps needed to prevent disastrous warming.

If, as some legal and financial experts say, fossil-linked directors are unqualified to bring a bank’s investments in line with its climate promises, who should be at the boardroom table instead?

Independent Sen. Rosa Galvez’s Climate Aligned Finance Act proposes mandating climate expertise on boards to ensure science is properly incorporated into strategic decisions. That could include people with a background in climate change science, climate policy or Indigenous “ways of knowing, being and doing.” The act, tabled in the spring, also proposes restricting people who are not aligned with climate commitments — like directors of fossil fuel companies that aren’t transitioning off fossil fuels — from joining federally regulated financial institutions, like banks.

“One solution could be stating that conflicted board members (those also sitting on boards of fossil fuel companies without credible climate plans) recuse themselves from decisions regarding climate risk and fossil fuels,” she said.

Internationally, companies are exploring other potential solutions. In September, beauty company Faith in Nature appointed a director representing nature to its board and told shareholders the company’s goal was to “minimize the prospect of any harmful impact of its business operations on nature.”

I find this discussion very

I find this discussion very enlightening. Governments sit in Conferences Of Parties and make commitments on behalf of their citizens, but they do not have the capability to make good on their commitments because they do not have the money. They also have difficulty passing laws in line with their commitments because of political adversity and the short-term vision of political leaders.
The banks have the money and their shareholders are concerned with the risks of longterm investments. So, it is the shareholders who are in the position of forcing the banks to take measures to reduce climate change. They do not do it to save the planet, but to save their investments!
The lesson from this is that governments have to work more closely with the banks.

They CHOOSE not to have the

The lesson from this is certainly NOT that governments "have to work more closely with the banks". One lesson would be that banks, and the financial sector generally, today have too much money and power, and some of it should be taken away. Another might be that governments should regulate banks much more stringently.

Stop looking to inappropriate institutions like courts and companies to do the work of democracy. This is the work of legislatures. Elect some. If you don't get the result that you want, pressure the legislators you get. Pressuring bank presidents to do their job (making money legally, within laws set by a legislature) BADLY, will just result in spin, greenwashing, your time and theirs, wasted. Because they aren't going to do their jobs badly by leaving legal money on the table. Make it illegal money.