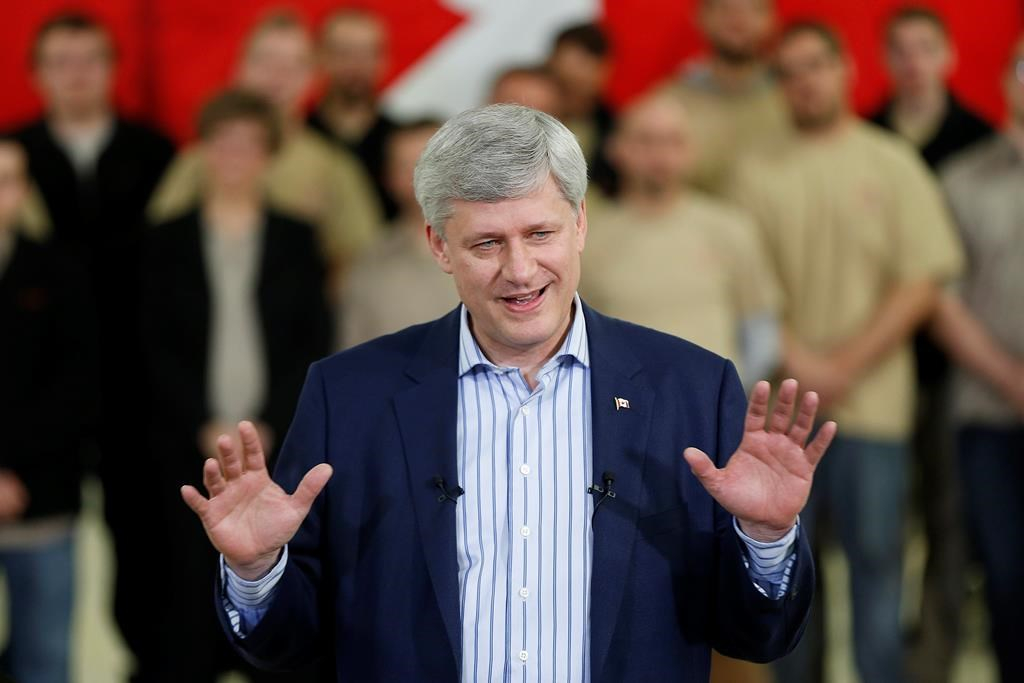 Federal opposition parties in Ottawa demanded Thursday that Prime Minister Harper explain why he passed a note to Senator Mike Duffy in early 2012 to look into Enbridge matters, while Duffy was in active and undisclosed contact with Enbridge executives, in possible violation of federal lobbying law.

The NDP took their questions to the floor of Parliament — questions provoked by the maiden story of National Observer on Wednesday. Magnification of the poorly redacted entries of Duffy’s diary revealed for example:

The Duffy diary can be viewed at the bottom of this story. The investigation of these entries showed Duffy scheduled five telephone meetings and two email contacts with Enbridge executives Steve Wuori and Jim Blanchard in early 2012, while also updating the Prime Minister Harper and the entire Conservative caucus about Enbridge.

Duffy's calendar was obscured with black marker over nearly all of these teleconferences and exchanges, including the senator's Enbridge pipeline briefings with Prime Minister Harper. Duffy admitted in an email he and his assistant made the redactions, prior to sending the materials over to the PMO by courier for a Senate expense probe.

None of these communications were registered with the federal lobbying registry. Companies are legally required to disclose contacts with Canadian senators.

Duffy also had a flurry of other “telcon” appointments regarding Enbridge in his diary, including: a pollster, a North Vancouver blogger whose testimony underpinned the government's charity policy, TV personalities, and his hired former CTV-friend, Bill Rodgers. These conversations often had "Enbridge" beside the diary entries.

The activity appeared to be a campaign by Duffy to attack environmental charities and raise the public profile of Enbridge pipelines in a coordinated plan with the PMO, NDP's Senate critic alleged.

“We’ve seen an unprecedented attack of independent environmental groups by this government and I’m very, very concerned if there’s any pattern of planning that came out of the prime minister’s office or Mike Duffy in the Senate to aid this attack," said Charlie Angus, MP for Timmins — James Bay, on Wednesday.

Then Thursday, he asked the Harper government on the floor of the House of Commons:

“The Duffy diary raises all manner of questions about his involvement with Enbridge and the Prime Minister’s Office,” said Angus.

"The [National] Observer [sic] found Duffy had numerous meeting with Enbridge executives, and yet none of that is in the lobby registry.”

“We have the diary stating the prime minister was asking Duffy for briefings on his meetings with Enbridge, and yet these entries have been blacked out in his diary.”

Duffy “not a victim” says the Conservative government

Reacting for Stephen Harper — who was away in Winnipeg — was his parliamentary secretary:

“Mr. Duffy is facing some very serious charges that stem from an independent audit and an RCMP investigation, Mr. Speaker. These of course are in front of the courts so it would be inappropriate to comment further,” said Paul Calandra, Conservative MP for Oak Ridges-Markham.

“But at the same time I think it’s very inappropriate for the NDP to try to make a victim out of Mr. Duffy, Mr. Speaker. He’s not a victim!” he shouted.

The Prime Minister's Office has not responded to media requests. Enbridge was also reached Monday for comment, but it did not respond to further requests to answer questions.

Federal Green Party leader Elizabeth May had her own questions, when reached Wednesday:

“Did Duffy have influence over Harper? Or was Harper sending Duffy around as an errand boy to make sure Enbridge knew what they were doing, and were pushing as hard as they could?”

"This is a PMO scandal, not a Duffy scandal,” she said.

The NDP is now asking the Office of the Lobbying Commissioner to investigate the company’s activity as a possible breach of the Lobbying Act, which requires company’s to register their contact with Canadian Senators.

“These secretive dealings completely undermine public confidence that our reviews are non-partisan and in the public interest. It’s very concerning when you get the impression that the government, via Mr. Duffy, was trying to put his thumb on the scale to try to help the project win approval,” said the Halifax West M.P. on Wednesday.

The surge in Enbridge-related (redacted) entires begin in January 2012, which coincided with the January start of the National Energy Board hearings into the Northern Gateway project. Also launched at that time were Harper government laws to speed pipeline reviews, and audit foreign-funded Canadian charities, many of which criticize the oil sands.

In late 2011, the Harper government had identified this project as the “most imminent” option to get bitumen to tidal waters, after Obama refused to support Keystone XL, and those at a strategic meeting were asked by Harper for "creative solutions" to move pipelines forward, reported the National Post.

The Northern Gateway pipeline became hugely controversial, especially in British Columbia, where First Nations, citizens and environmental groups have vowed to kill it in the courts, or by acts of civil disobedience.