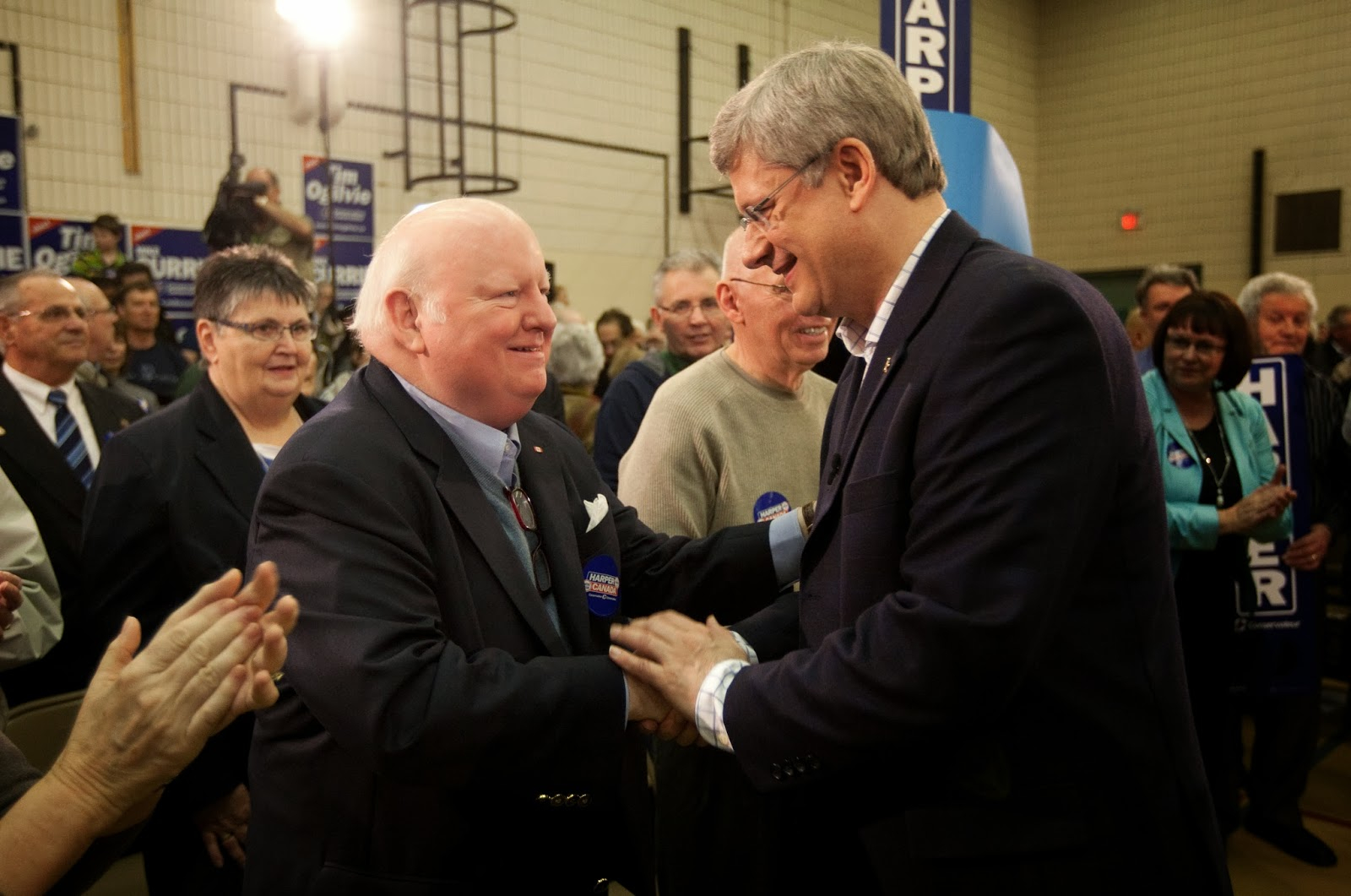 Redacted entries in suspended Senator Mike Duffy’s diary suggest he was in regular undisclosed contact with oil pipeline giant Enbridge and the Prime Minister during the height of the federal government's scorching attacks on environmental activists and charities in 2012.

The Duffy’s journal shows a flurry of conversations and emails with or about top-level Enbridge executives, then PMO chief of staff Nigel Wright and the Prime Minister between January and June of 2012, just as the National Energy Board started its hearings on the Enbridge Northern Gateway pipeline proposal.

During this period, the federal government launched three parliamentary hearings, a senate inquiry and a major Canada Revenue Agency audit initiative focused on the activities of environmental charities, many of which opposed Northern Gateway.

None of the apparent contacts with Duffy were reported by Enbridge to the federal lobbyist registry, and Duffy's office redacted several key mentions of them.

The redacted entries include two exchanges between Prime Minister Harper and Duffy about Enbridge pipeline issues.

Duffy and his assistant, Mary McQuaid, made the redactions a year later before couriering the calendar pages to the PMO for a Senate probe into his expenses, said RCMP investigator Cpl. Greg Horton.

“Mary and I copied and redacted my four years of diaries,” Duffy wrote in an 2013 email obtained by police.

But the suspended senator’s entries are still legible. The black marks on his journal suggest a poor attempt to cover up, says Canada’s lobbying watchdog.

“It’s the worst case of redacting that I’ve seen in a long time,” reacted René Leblanc, Deputy Commissioner of Lobbying on Monday, when shown the diary.

From late 2009 to the end of 2011, there are no redactions in the diary. Duffy redacted entries during the period from January through June, 2012, and the most frequent redactions concern Enbridge or environmental charities — over a dozen in all.

Enbridge did not disclose to lobbying registry

None of Enbridge’s calendared calls with Duffy were declared by the company to the federal lobbyist registry. The Lobbying Act requires firms to make detailed reporting of its contacts with public office holders, including senators.

Rodgers is Duffy’s former CTV colleague turned cabinet communications director. According to Le Devoir, Rodgers lost his government post in May 2011, and Duffy put him to work in early 2012 using an alleged taxpayer-paid scheme now under scrutiny at Duffy’s bribery and breach of trust trial.

Before hiring him, Duffy wrote of Rodgers' “future career plan (Pipelines)" in late 2011. And Le Devoir reports that Duffy used another long-time friend — Gerald Donohue to flow taxpayer dollars to Rodgers for raising “energy issues” in the public eye.

Crucially, Duffy’s telephone conversations with Enbridge executives occurred before two national Conservative Party caucus meetings in February and April 2012, where exchanges about Enbridge were made with Prime Minister Harper about the company’s pipelines. His entries read:

“PM asks “Send me a note on Enbridge Line #9 problems” (with strike outs).

Duffy then worked the phone and emails to Enbridge and the PMO:

After his communications wtih Enbridge, Duffy speaks to the Prime Minister and the entire Conservative caucus about its multi-billion-dollar pipelines.

All of Duffy’s calls with Enbridge followed a Prime Ministerial directive in late 2011 to find “creative solutions” to get Alberta oil to tidal waters.

Harper had just received an urgent phone call with bad news from the White House: U.S. President Barack Obama said he would delay his decision on Canada’s Keystone XL pipeline into the U.S. in late 2011.

Enbridge’s Northern Gateway was then seen to be the “most imminent option” by cabinet to pump oil to the West coast according to a source who attended a subsequent Harper strategy meeting, the National Post reported.

The Office of the Commissioner of Lobbying of Canada confirmed Monday that Enbridge did not register any of these early 2012 communications with Senator Mike Duffy. The office is now looking into the matter.

Reached for comment in Ottawa, veteran Liberal Senator and and former Vancouver mayor Larry Campbell was critical of Enbridge’s failure to report its contact with Duffy.

“It would seem to me... that this is a reportable lobbying event,” he said.

As for the reasons behind Duffy’s redactions, Campbell was reluctant to speculate.

However, he ventured: “It confounds me how intelligent people can somehow alter an electronic diary or even a written (one). It’s like getting a redacted document under Freedom of Information. What the hell did they black out, and why?… It could be caucus confidentiality, it could be confidentiality between the PM and Duffy.

"Duffy is going to have to explain it, that’s all there is to it."

Enbridge has registered 215 monthly lobbying reports — but none of them mention Senator Duffy. Another oil sands firm, Laricina Energy, did disclose its lobbying communications with Senator Duffy in 2012.

Enbridge’s manager of communications, Ivan Giesbrecht, was reached Monday, and was then emailed a list of questions. The company did not respond before a Tuesday noon deadline.

The Prime Minister's office was also contacted Tuesday morning for comment, but did not respond.

Duffy's numerous social contacts with cabinet ministers and senior bureaucrats, and cocktail parties at 24 Sussex, suggest he was one of the ultimate insiders in the Conservative Party.

He was appointed to the Senate by Prime Minister Harper in 2009, following a long career in broadcasting on federal politics.