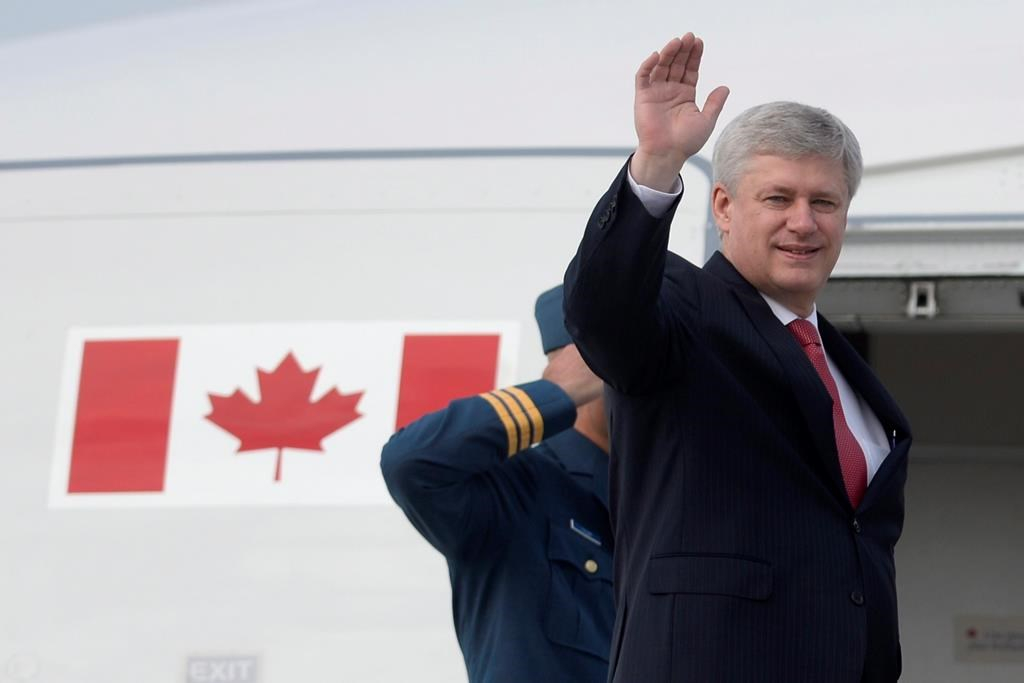 Canada is being publicly blasted as a climate laggard in a report co-authored by former United Nations secretary general Kofi Annan, while the government's chief climate negotiator fielded skeptical questions about Canada's greenhouse-gas reduction policies at a UN climate conference in Bonn this week.

German Chancellor Angela Merkel has made climate a priority at this year's G7 summit which begins Sunday, in advance of a UN conference in December that aims to negotiate a new, post-2020 global climate agreement.

Harper will arrive in Germany with plenty of baggage, including a report released Friday by the Africa Progress Panel that lumps Canada in with Australia, Japan and Russia as countries that it says are "effectively withdrawing from constructive engagement on climate."

"By hedging their bets and waiting for others to move first, some governments are playing poker with the planet and future generations' lives," Annan said in a release Friday posted on the Africa Progress Panel web site.

"This is not a moment for prevarication, short-term self-interest and constrained ambition, but for bold global leadership and decisive action."

The atmosphere is already chilly in Bonn, where Brazil, South Africa, the European Union and the United States were among those seeking more information from Canada's climate negotiator about whether Canada is doing anything to close the current gap on its 2020 international emissions-reduction target.

A spokesman for Environment Minister Leona Aglukkaq said Friday the Conservatives are the first Canadian government ever to achieve a net reduction of greenhouse emissions.

That wasn't the focus of this week's UN Framework Convention on Climate Change, where national emissions targets are tested.

Country after country noted that Canada is not on track to meet its current 2020 goal of reducing GHGs 17 per cent below 2005 levels and several questioned how Canada plans to meet its newly announced 2030 target of a 30-per-cent reduction.

Louise Metivier, an assistant deputy minister at Environment Canada, asserted that "climate change is really important to Canada," while noting that "continued efforts by provincial and territorial governments will be key to further reducing greenhouse gas emissions in Canada."

It's too soon to say, she replied.

Metivier asserted that new regulations are being developed in close collaboration with industry and provinces.

That may surprise provincial governments who have complained at the lack of consultation with Ottawa.

The American representative at the UN conference asked specifically about oil and gas sector reductions and "whether Canada's national government is currently co-operating with the provincial administration in the context of those new regulations?"

Metivier said Canada is investing heavily in clean technologies and that provincial governments hold "many of the levers" on additional climate action.

"As you know, some of them are under very recent new leadership and are reviewing their approach and we expect some policies to be put forward in the very near future," she said in a nod to Alberta's new NDP government.

Federal NDP environment critic Megan Leslie said it's apparent the Conservative government has no plan, but more striking is that the world is publicly calling Canada out.

"Certainly the word out in the international community unofficially is 'where the heck is Canada?'" Leslie said in an interview.

"But it's interesting that this report by the Africa Progress Panel actually takes us to task for what we're not doing."

Liberal environment critic John McKay predicts Harper will get a rough ride at the G7.

"He is engaging in a game of delusion and deception with the most powerful people on earth," said McKay. "I think it's a tragedy and will ultimately end up in Canada being ridiculed once again on the international stage."