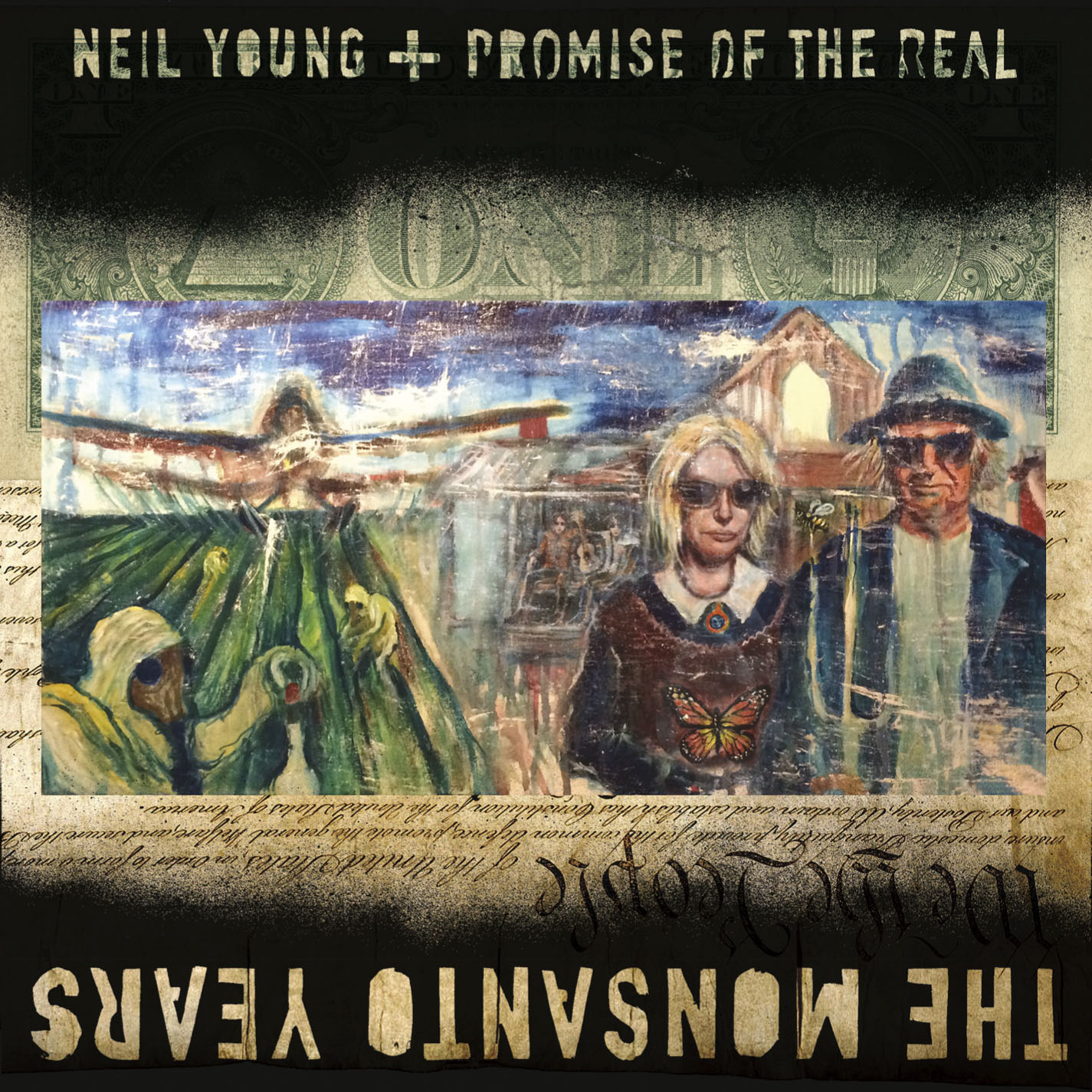 At 70, Neil Young is still rocking the free world.

On his 36th recording, the Canadian icon rails against Monsanto, Wal-Mart, Starbucks, other corporate drones, and anything that smacks of being anti-democratic.

The Monsanto Years, his new album released today, shows the veteran rocker as defiant as ever.

Yes, his familiar falsetto wavers more than in the past at points, but while some of his contemporaries are at the point of passing on, Young soldiers on.

Not only does he rage against the machine, but Young recruits the next generation to aid him in his fight.

The backing band on The Monsanto Years is the California quartet, Lukas Nelson and the Promise of the Real. Nelson is the son of country legend, Willie Nelson.

“Yeah, I want a cup of coffee/but I don’t want a GMO/I’d like to start my day off without helping Monsanto,” Young sings in the jauntily performed "A Rock Star Bucks a Coffee Shop."

Sure, the music is a little sloppy, the singing loose. But, honestly, that’s really refreshing in a time of over-produced, corporate rock, and radio-friendly pap/pop. Young is nothing if not genuine.

The title track is a scathing indictment of the multinational GMO company. “The seeds of life aren’t what they once were/Mother Nature and God don’t own them any more,” Young sings in the haunting song about farmers growing GMO seeds.

You can understand why he’d get loud on this recording: he has a message he wants to penetrate through the thick fog of daily distractions – and just maybe that means making some noise.

Some might say The Monsanto Years is more polemic and politics than music. And it’s true that Young is often declamatory on the album. But make no mistake, Young and the Promise of the Real make passionate rock and roll with the right amount of classic riffs and hooks to stand the test of time.

Not only that, but as a genre, rock has always been rebellious and Young honors that tradition. Like Peter Pan, Young refuses to grow up; nor will he make his music any slicker or more radio-friendly. Instead, all the rough edges and honesty of Young’s uncompromising music are preserved in The Monsanto Years.

This album isn’t the first time Young’s turned his activism toward the family farm. In 1985, along with Willie Nelson and John Mellencamp, Young founded Farm Aid, which began as a one-off benefit concert and has since grown into an annual event.

In 2014, Young raised $500,000 during his Honour The Treaties tour, which went toward helping the Athabasca Chipewyan fight further oil sands expansion on their traditional lands.

In January 2014, a number of prominent Canadian artists and scientists signed a letter opposing the oil sands expansion.

“The world is watching as we decide who we will become,” the letter read in part. “Will we disregard the treaties we have with First Nations? Will we continue to allow oil companies to continue to gut laws, silence scientists and dissemble civil society in order to allow reckless expansion of the oil sands?”

As The Monsanto Years shows, Young has lost none of the fire in his belly. Angry, cantankerous, righteous, incisive, and talented, seven decades on he continues to bring conviction to his music.