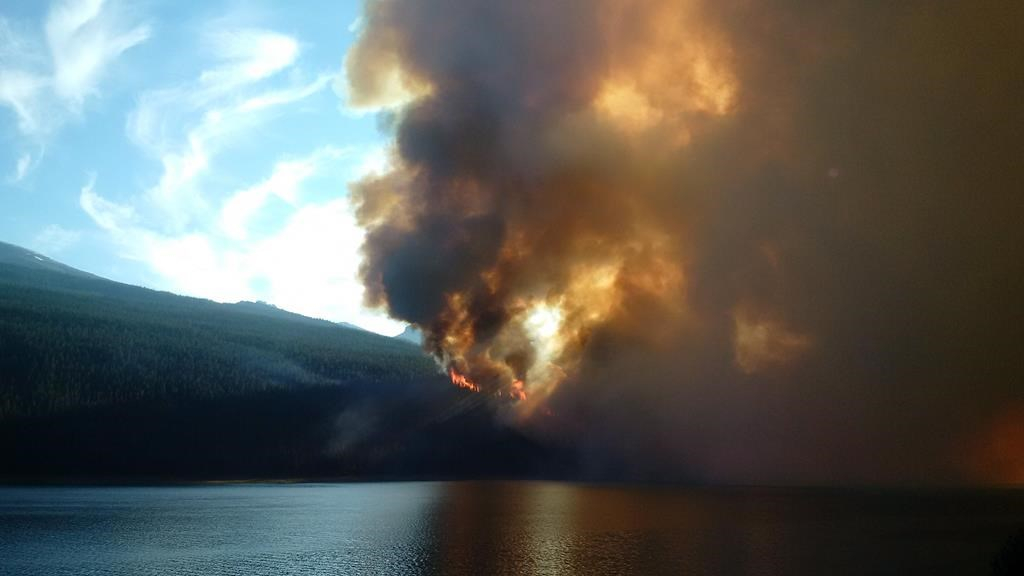 Don Connick waited for the rain. And when the rain arrived overnight in mid-July, it brought some relief to the Saskatchewan farmer – but not enough.

Eight miles south of Gull Lake in the southwest corner of Saskatchewan, Connick grows canola, Durham wheat, red lentils and alfalfa on 1600 acres. This year, though, the crops are thin and short from the lack of moisture, and now the crops have reached a critical point in their development.

They’re about to blossom and set seed, but if the withering heat continues the plants will just dry up instead.

Connick is experiencing what one neighbor swears is the driest year since 1937. So far only about an inch-and-a-quarter of rain has kissed the land since mid-April. Everyone is quietly fretting, hoping for rain and unsure how their crops will turn out.

“We’re better off than some people,” Connick says. He reports that up north of Maple Creek the pastures are a burned brown colour, while north of his farm some of the areas have received less than inch of rainfall since the spring – not enough to germinate or sustain a crop.

Connick and his neighbors are not alone in their uncertainty. Thousands of hectares of wildfires are blazing in Saskatchewan, Alberta, British Columbia and Alaska. Vancouver has ordered water rationing. California is into its fourth bone-dry year. A massive drought has parched the land.

“It’s the extent of this is what’s exceptional,” says John Pomeroy, the Canada Research Chair in Water Resources and Climate Change at the University of Saskatchewan. The current drought stretches from the edge of northwest Ontario to the Pacific Ocean and from the Mexican border almost to the Arctic Ocean, according to Pomeroy.

Previous droughts have developed in patches, but Pomeroy is surprised at the continuity of this year’s. “A drought in Western Canada is not a surprise and not evidence of climate change itself,” Pomeroy says, “but associated with a North American drought that goes from Mexico to the Arctic Circle, that’s a pretty exceptional event.

“So at that scale and because it’s associated with water temperatures in the Pacific that themselves are very abnormal, it looks more and more like a climate change impact to me.”

The water temperatures in the Pacific that Pomeroy refers to is part of a phenomena that’s been dubbed “the blob.”

The blob is an anomalously warm mass of water that some scientists speculate may be impacting coastal weather, reinforcing a high pressure ridge which may have diverted stormy weather away from the region.

That said, not everyone agrees on the blob’s impact. “I would say the jury is out on how much it actually worked to create the pattern that led to the extreme dryness,” says Dan Cayan, a climate researcher at the Scripps Institution of Oceanography in San Diego, California, who is also affiliated with the U.S. Geological Survey.

“Whether the blob has reinforced the high pressure ridging is a little bit difficult to determine, but one thing that’s very clear is the lack of storminess, the lack of mixing in the ocean, in some cases the lack of cloudiness and lower winds have actually helped to create the blob, so the blob – if nothing else – is a symptom.

“Whether or not it’s a cause is not well understood.”

What the scientists do agree upon is rising temperatures play a large role in the current drought.

For three years running, the West Coast of the U.S. all the way to Alaska has experienced record warmth or near record warmth through all the seasons, notes Brian Fuchs, a climatologist with the National Drought Mitigation Centre at the University of Nebraska in Lincoln, Nebraska.

The warm temperatures have reduced the snowpack in the mountains, which feeds the rivers. The warmth changes regional weather from snowy to rainy, shortening the winter and accelerating the snowpack melt.

“You can say that climate change is contributing to some of what we’re seeing, but it is not the sole cause of it,” Fuchs argues. “We’ve seen droughts like this in the past and we’ll see them in the future. Is it contributing? I’m sure you could probably attribute a certain percentage of what’s happening to what we’ve encountered with the changing climate, but not 100 per cent.”

Canyan points out that historically the west has weathered both intense and intermittent dry spells. Having said that, he notes that the warm conditions of the last few years is more unusual than the lack of precipitation.

“While part of that warmth is simply the atmospheric set-up, the strong riding of high pressure and so forth, it seems somewhat likely that anthropogenic changes that globally have been shown to increase temperatures by half a degree to a degree are exacerbating that,” Canyan says.

In other words, greenhouse gas emissions are helping heat the planet and contributing to the large drought which currently covers much of coastal and western North America.

The U.S. Geological Survey published a study in May 2015 that showed if for the period of October 2013 to September 2014 the air temperatures had been cooler and more similar to the 1916 to 2012 average, an 86 per cent chance would have existed that the snowpack would have been greater, the spring-summer run-off higher, the spring summer soil deficits smaller.

In a news release, the survey said while the study did not directly address the issue of long-term climate change, the implications of higher temperatures are clear.

“If average temperatures keep rising, we will be looking at more serious droughts, even if the historical variability of precipitation stays the same,” said the lead author of the study, Shranddhanand Shukla. “The importance of temperature in drought prediction is likely to become only more significant in the future.”

Prolonged droughts are among Canada’s costliest natural disasters, according to the now defunct Drought Research Initiative. An analysis of the 2001 and 2002 drought years in Canada suggests that the cost to Gross Domestic Product added up to $5.8 billion.

During the two years, over 41,000 jobs were lost; agricultural production across Canada dropped by an estimated $3.6-billion; and in 2002 the number of forest fires in Alberta increased to five times the 10-year average.

We may not know the statistics resulting from this drought once it’s over. Why?

Unfortunately, such research in Canada is now hard to come by in one place: the drought initiative ran into its own drought in 2011 – the Harper government cut funding to the scientific body, ending its research.

“We expected the network to go for a full decade to get into the next drought cycle, so we would be scientifically prepared for it,” says Pomeroy, who headed up the initiative along with University of Manitoba meteorologist, Ron Stewart.

With the funding lost, the network of 60 researchers dispersed. The irony is if the initiative was still operating, it would be providing research on the current situation. “It’s very frustrating,” Pomeroy says. “We’re trying to study this one as best we can without resources right now.”

Droughts operate in a particular sequence. A warmer than normal winter leads to an early melt and an exceptional forest fire season. Lack of snowpack and precipitation, hot weather and fires all conspire to create drought conditions. Things begin to get really tough if the drought extends into a second year, depleting the deeper moisture in the soil.

Even so, it doesn’t take a multi-year drought for farmers to run into problems.

For a farm that is already under financial pressure, one season of drought could be the tipping point. As it is, driving back to Saskatchewan from Alberta, Pomeroy passed through Rosetown, Saskatchewan and observed that at the local dealership row upon row of harvesters and tractors sat on the lot.

“When the farmers don’t have excess cash, they stop buying things,” he notes. “Nobody’s buying anything, and that’s before they’re affected. They’re being prudent, saying, I’m not going going to spend money now. And that means they don’t buy a truck, they don’t replace the television, they don’t go on holiday.”

It’s easy to see how the drought begins to ripple through the community and not just in the rural areas either.

In Vancouver, for instance, new water restrictions mean cemetery lawns will not be watered and golf courses and sports fields only once a week. Municipal fountains are being shut off, and people are being asked to take a break from watering their lawns and cars.

These measures, of course, are nothing new to the residents of many California cities, where the drought is now in its fourth year.

Last year in Los Angeles, city council mandated that various departments present plans within 90 days for actions such as converting 85 per cent of public golf course acreage to watering with recycled water by 2017, and called for a report on the impacts of climate change on the city’s future water supplies.

Part of the problem is cities create what’s known as the urban heat island effect. Because of asphalt and other dark materials that store heat, cities can be as much as five degrees hotter than rural areas. This means during a drought the heat can be even more intense.

At the same time cities aren’t self-sufficient when it comes to water and have to import their water from areas around them. “When you get a dry year, most cities don’t have the storage capacity or the margin of maneuver to work around the problem and what is needed is water conservation efforts,” says Elie Bou-Zeid, a professor of environmental engineering at Princeton University.

To prepare for drought, cities must adapt in a number of ways. While Bou-Zeid says reducing the watering of lawns might stand as one example, he advocates targeting the agricultural sector around cities. He suggests that with more notice of impending drought, farmers could shift their crops to ones that require less water.

Within the city itself, people need to change the way they view water. Rather, than considering it an abundant resource, water should be viewed as one that is constrained. Bou-Zeid advises that the baseline water use should be below what can be afforded on average to account for dry years.

Urban areas should be able to survive on the minimum water resources it would require during a dry year, asserts Bou-Zeid. But so far this is not the sort of thing most cities have typically built into their planning.

Southwest Saskatchewan is a long way from Los Angeles, but both places labour under the demoralizing heat of a drought and both face the same basic problem: how to weather the hot, dry conditions.

“It will be a challenging year for most of the producers – both cattle and crop here in southwest Saskatchewan,” Connick says. “We’re just really uncertain of the outcome and that’s worrisome for everyone, for sure.”