Your lie-detector guide to the latest PMO spin 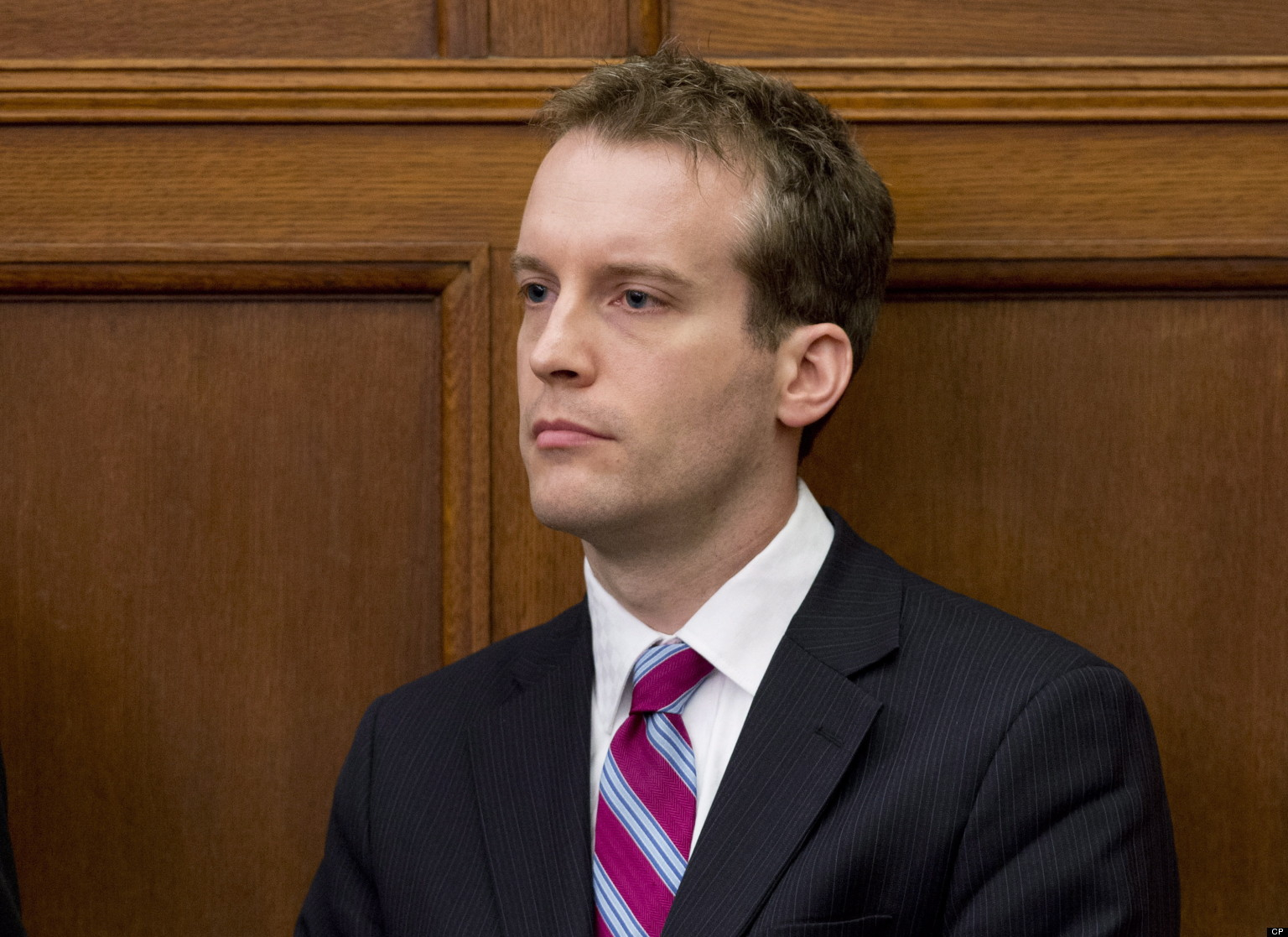 If lying were an Olympic sport, Canada's PMO would be the Jamaican bobsled team. They’re really bad, but it's great TV.

The PMO's culture of casual lying made possible by tightly controlled media access is withering under the relentless onslaught of Donald Bayne's cross-examination. As a former criminal prosecutor who watched the last three days of Nigel Wright's testimony at the Duffy trial in person, I find it hard to envision a way out now for the government. Nigel Wright's best moments in the witness stand are far behind him, and by my estimation he's not even half-way through.

But say what you will, these PMO guys aren't quitters.

Take their newest “media line” that the PM’s latest chief of staff doesn’t read his emails. Below is the email that Ray Novak, trusted confidante of the prime minister, didn't read.

Maybe it was too long.

Teneycke also said that it’s unfathomable that Ray Novak, Harper’s then principal secretary and longtime confidante, would know about Wright’s payment to Duffy and not tell the prime minister.

That assessment aligns with Donald Bayne's theory that Novak in fact operated as a direct pipeline to Stephen Harper, providing the prime minister with both unfettered information and plausible deniability.

Indeed, the only input from the PM among the hundreds of emails entered in the Duffy trial came through Novak himself, in response to a legal memo from PMO legal counsel Ben Perrin in February. Harper's signature controlling style is instantly recognizable from his opening sentences, "I feel very strongly on Option 1. Had I known we were going down this road I would have shut it down long before this memo."

It's curious that Nigel Wright didn't produce this email from among his records to police investigators, and we haven't yet heard an explanation. It was produced at trial by Duffy's defence counsel, Donald Bayne. In any event, no other input directly from the PM is found in the materials. Despite a deep personal investment in the outcome of the Duffy affair, Harper simply vanishes from the narrative. He leaves only this one clue that Ray Novak was indeed his direct pipeline to the group, an assertion Wright denied this under cross-examination.

But one thing that’s emerged at the Duffy trial is that PMO media lines are essentially bunk, invented for the purpose of protecting the prime minister. What’s depressing is how long it’s worked.

Which brings us back to Teneycke's absurd allegation that Ray Novak, now promoted to PMO chief of staff, received but never read Wright’s March 23, 2013 email mentioning his personal cheque. Ever.

As if Canadians could believe that Stephen Joseph Harper would allow anyone so careless on his team, much less elevate him to the most powerful political appointment in the country.

Yet Teneycke has more. The emails also disclose a decisive conference call involving Novak, Wright, Duffy's then lawyer Janice Payne, and Ben Perrin at which financial arrangements would have been discussed. According to Teneycke, Novak was on that call but had to leave before money discussions came up.

Clearly the PMO figures Canadians are dumb as a sack of hammers.

These stories about Novak—both of them—are patently unbelievable. Just look at the facts.

Communications over the weekend of March 23, 2013 marked a critical chapter in the Duffy saga, because of an audit bombshell that hit the small group of insiders just two days earlier, on Thursday the 21st.

Wright and Gerstein had been working through the Conservative party auditor to get the Senate auditor on the Duffy file to play ball.

But on the afternoon of Thursday, March 21, news arrived that Deloitte had nixed their plan and would finish its audit by month’s end. Wright, Novak and Perrin all received the email.

This set off alarm bells. If the PMO could not get Duffy out of the audit, their damage control plan would unravel. Exactly one month earlier, in February, they’d promised Duffy (on behalf of a Senate sub-committee) that he’d be withdrawn from the audit. This was key to an agreement they’d strong-armed him into by which he went on national television and recited the fiction that he would repay the money. As all involved knew, Duffy had no intention of repaying.

The PMO's February agreement to remove him from the audit is reflected below.

And at 1:33 pm on Thursday, March 21, the Conservative chickens came home to roost. Gerstein’s back channel maneuvers had failed, Deloitte was about to report that Duffy had not cooperated with the audit, and the outstanding funds still hadn’t been repaid.

As a safety measure, Duffy’s lawyer, Janice Payne, had repeatedly sought for him to cooperate with the audit, at least until they had word that he’d been withdrawn. But the PMO blocked that option. Word now that the audit would proceed was disastrous. Reports of Duffy's intransigence would reverberate across the country.

Their once great star was fallen, boxed in, vulnerable, isolated and dangerous.

If this blew up on them now, the Harper government might never recover.

The PMO damage control machinery went into overdrive. Wright and Perrin had a short back and forth over how to communicate this very bad news to Payne, who was now herself under increased pressure from Deloitte. A conference call was set up for 1:30 pm the following day, Friday the 22nd.

One indication of the situation’s gravity is that this call appears to be the first direct contact that Payne had with anyone in the PMO other than legal counsel Ben Perrin. Nigel Wright and Ray Novak joined the call to deliver the bad news and jointly devise a plan B. The entire top tier of the PMO was on that Friday afternoon call.

The immediate repayment of Duffy's expenses was clearly of paramount concern. The first rush of staffer emails following that Friday call sought an updated final figure owing, which was $90,172.23. Wright apparently then made out a personal cheque in that amount and left it in his office for delivery to Janice Payne Monday.

The bible doesn't seem to have had much to do with this at all.

In the end he sent a bank draft, but no matter. Now Teneycke tells us the incredible tale that Novak heard nothing on that call about Wright paying any money, and didn't read an email about it the very next day.

Here's what we can surmise. At that point on Friday the 22nd, Novak knew two facts: that Duffy and Gerstein both refused to pay the $90,000, a sum that the PMO somehow had to get to Payne within about 72 hours; and that everyone on this explosive file would manage it through the weekend and have it resolved by Monday, including him.

That’s the set-up to the Saturday morning email on the 23rd that Ray Novak now says he never read.

A total of 63 emails ricocheted between the parties on the Duffy file from Thursday afternoon's announcement of the failed Deloitte plan until Tuesday morning, when Payne's office sent the payment on agreed terms to the Senate steering committee. Forty-five of those emails went to Ray Novak, among others. He replied to none, contributing no input to the discussion.

As Perrin and Wright worked through that critical weekend to reach final terms with Payne for the expense repayment to the Senate, they sent eight emails to Novak. His non-response suggests any contact was restricted to phone calls. There's one other possibility— that Novak never replied and possibly never read the emails because, as Don Bayne suggests, their real intended recipient was Prime Minister Stephen Harper himself.

Stephen Harper is the one person who remains conspicuously absent from the hundreds of emails and strategizing over the burgeoning mushroom cloud of Duffy’s expense scandal.

Nigel Wright has testified that he briefed the prime minister daily on matters of political sensitivity, yet in the written record Harper seems about as influential as an absentee landlord.

Despite his reputation as an obsessively controlling micro-manager, there's not a whisper of the PM's input in the emails anywhere, with the exception of Novak's own memo on his behalf in February. Obviously Harper was receiving regular briefings and updates on the subject. From what we know of the man, he would demand to know.

Teneycke would have Canadians believe that Ray Novak was the kind of flunky who blew off his boss's weekend emails like so much spam. Nothing could be further from the truth. On March 23, the day of that email, the entire top tier of the PMO, including Novak, was racing against time to settle the Duffy file, once and for all.

The PMO brand of deception has met its match in the criminal courts. The sort of PR "spin" that thrives in a world where government sets the rules and determines the access can't work in a courtroom. It's evaporating by the hour at the Duffy trial, under the spotlight of a single lawyer armed with hundreds of emails and all the time in the world.

Donald Bayne's historic cross-examination of Nigel Wright is already the stuff of legend, and there's no end in sight.