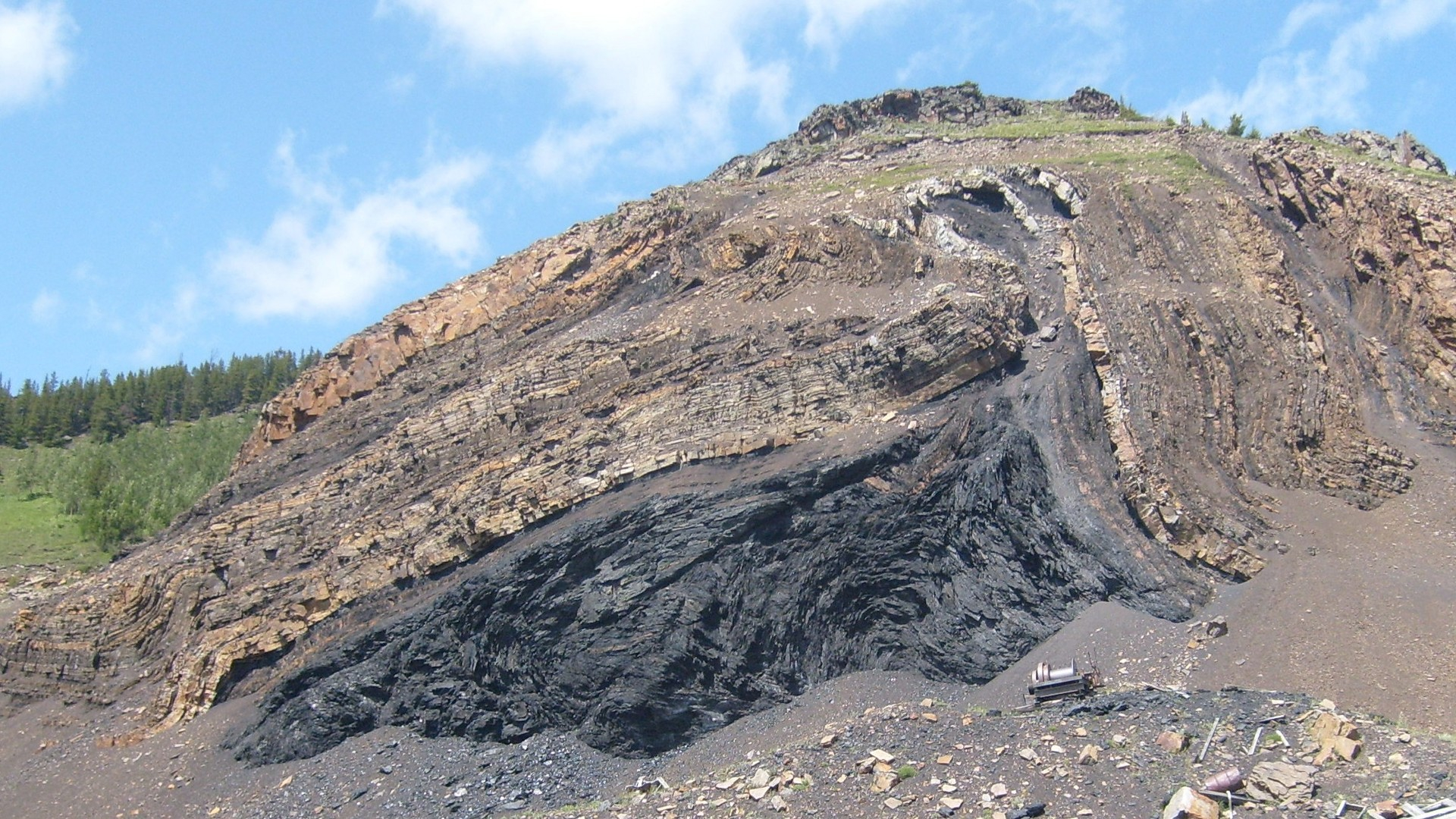 BLAIRMORE, Alta. — Alberta's energy regulator is about to consider a plan for a large mountaintop coal mine at the same time it investigates the proponent for possibly fouling a crucial spawning stream for endangered trout.

Benga Mining has begun the regulatory process for a mine that would see 12 square kilometres on the top of Grassy Mountain in southwestern Alberta near Blairmore turned into a terraced coal mine.

The company — a wholly owned subsidiary of Australia-based Riversdale Resources — has not yet filed an environmental impact assessment for the proposal. It is being investigated for possible environmental infractions at another nearby project.

"We are investigating the possible release of coal into Gold Creek," said Tracie Moore of the Alberta Energy Regulator.

The investigation began in July after a resident complained about a large pile of refuse from an earlier mine on Benga's site collapsing into the creek after a heavy rainfall.

In a letter to the Alberta Wilderness Association, Benga head Steve Mallyon suggested the company's activities may have contributed.

"The excess fluid occurred as a result of this drill site intersecting an unusual amount of ground water that was higher than anticipated," he wrote.

The river and Gold Creek are considered crucial habitat for native cutthroat trout, which federal scientists are recommending should receive Canada's highest level of habitat protection.

"Gold Creek is one of the few tributaries of the Crowsnest River that still contain pure-strain West Slope cutthroat trout," said fisheries biologist Lorne Fitch. "If we ever get to the point where we are engaged in recovery efforts, these small remnants are going to be instrumental."

Slides such as the one at Gold Creek not only affect levels of potentially toxic minerals such as selenium, said Fitch, they make it impossible for fish to deposit their eggs into the streambed.

That's why putting a coal mine at the headwaters of those streams is a terrible idea, said Margo Pagonis, who owns land and a summer cabin adjacent to Benga's property.

"It's going to destroy streams on both sides of that mountain," she said. "This is mountaintop removal mining."

Mallyon said his company's plans have little in common with American mines that have used that method.

Instead of knocking off the mountaintop and dumping the rock in a valley, the mine would get at the coal by terracing its way up the slope, he said. Topsoil would be conserved, overburden safely stored and the land reclaimed as the miners went along, he promised.

Mallyon points out Grassy Mountain has seen decades of coal mining with many piles of coal spoils and other impacts on its slopes. He said Benga's $700-million proposal, which includes promises of cleanup and remediation, could provide an opportunity to restore it.

"I don't see a federal or provincial authority suddenly writing a cheque to rehabilitate a site that's probably 1,200 hectares," he said. "The only way to do that, in our view, is to develop a long-term sustainable mine plan."

The problem, said Brittany Verbeek of the Alberta Wilderness Association, is that endangered species don't have a long term. This mine would last 25 years.

"It's such a long time for it to be disturbed. (Endangered species) don't have that timeline to recover."

Mallyon said Benga plans to file an environmental impact assessment before the end of the year. The Grassy Mountain project is expected to come before regulatory hearings in 2016.