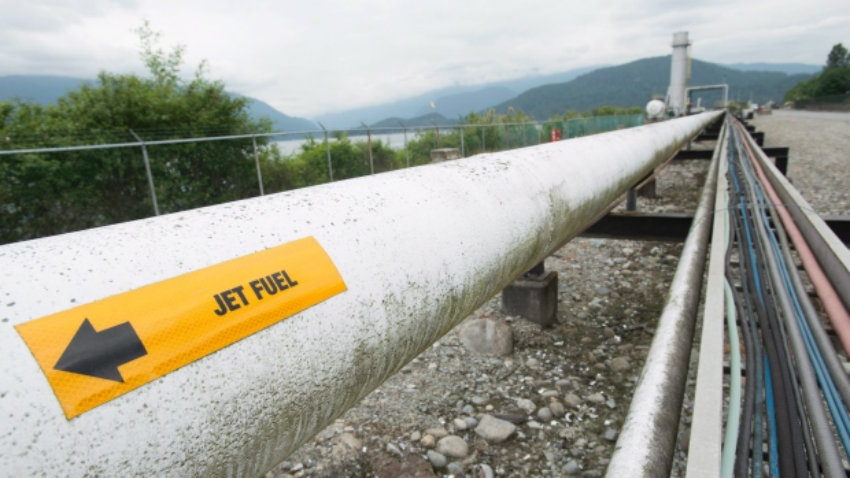 CALGARY — Kinder Morgan has filed new reports to the National Energy Board touting the economic benefits of its proposed Trans Mountain pipeline expansion, replacing evidence that the regulator ordered removed from the record last month.

The filings include an 89-page market analysis by Dallas consulting firm Muse Stancil and an updated Conference Board of Canada tally of the project's broader economic spinoffs.

Muse Stancil estimates $73.5 billion (in 2012 dollars) will be added to producers' bottom lines over 20 years if the Alberta-to-B.C. project goes ahead.

"This is a fairly straightforward analysis. It connects a huge source of crude oil supply with a market that has a growing demand for crude oil and it does that in a very economically efficient basis," Muse Stancil president Neil Earnest said in an interview.

The $5.4-billion project would nearly triple the amount of crude shipped on the Trans Mountain pipeline between the Edmonton area and the B.C. Lower Mainland, enabling exports to lucrative Asian markets.

The economic case is strong even as oil prices languish around US$45 a barrel, said Earnest.

"This is a long-life asset. Pipelines operates for decades."

The financial boost to producers from being able to access new markets is expected to ripple through the rest of the Canadian economy in the form tax revenue and jobs, according to the Conference Board analysis.

The total fiscal benefit to Canada as a result of the improved producer "net backs" is pegged at nearly $24 billion over two decades, with $14 billion flowing into Alberta government coffers and $1.4 billion for British Columbia.

The project is expected to see 14,000 people working at the peak of construction and 3,300 direct and indirect jobs annually over 20 years of operation.

The Conference Board also sees a $12.2-billion contribution to Canada's gross domestic product over two decades of operations.

Kinder Morgan Canada president Ian Anderson said he was pleased with the results of the new reports.

"It reaffirms the very real need and significant benefits the expansion would bring to all Canadians by providing much-needed access to global markets, resulting in jobs and dollars here at home," he said in a release.

Last month, the NEB panel weighing the $5.4-billion project said any evidence prepared by Steven Kelly, then a consultant with IHS Global Canada, must be removed from the regulatory application.

That's because Kelly has been appointed to a seven-year term at the National Energy Board starting on Oct. 13 and the panel said his dual role may raise concerns about the integrity of the hearing process. The NEB says Kelly won't be involved in the Trans-Mountain assessment process.

The evidence Kinder Morgan had to replace ended up being "narrow in scope" — about 64 pages out of the original 15,000 filed.

The replacement of Kelly's evidence has lengthened the review process. The National Energy Board must now complete its review by May 20, 2016, versus its previous deadline of Jan, 25, 2016.

Critics have lambasted the NEB review, with 35 participants dropping out of the process this summer calling it "biased" and "unfair."