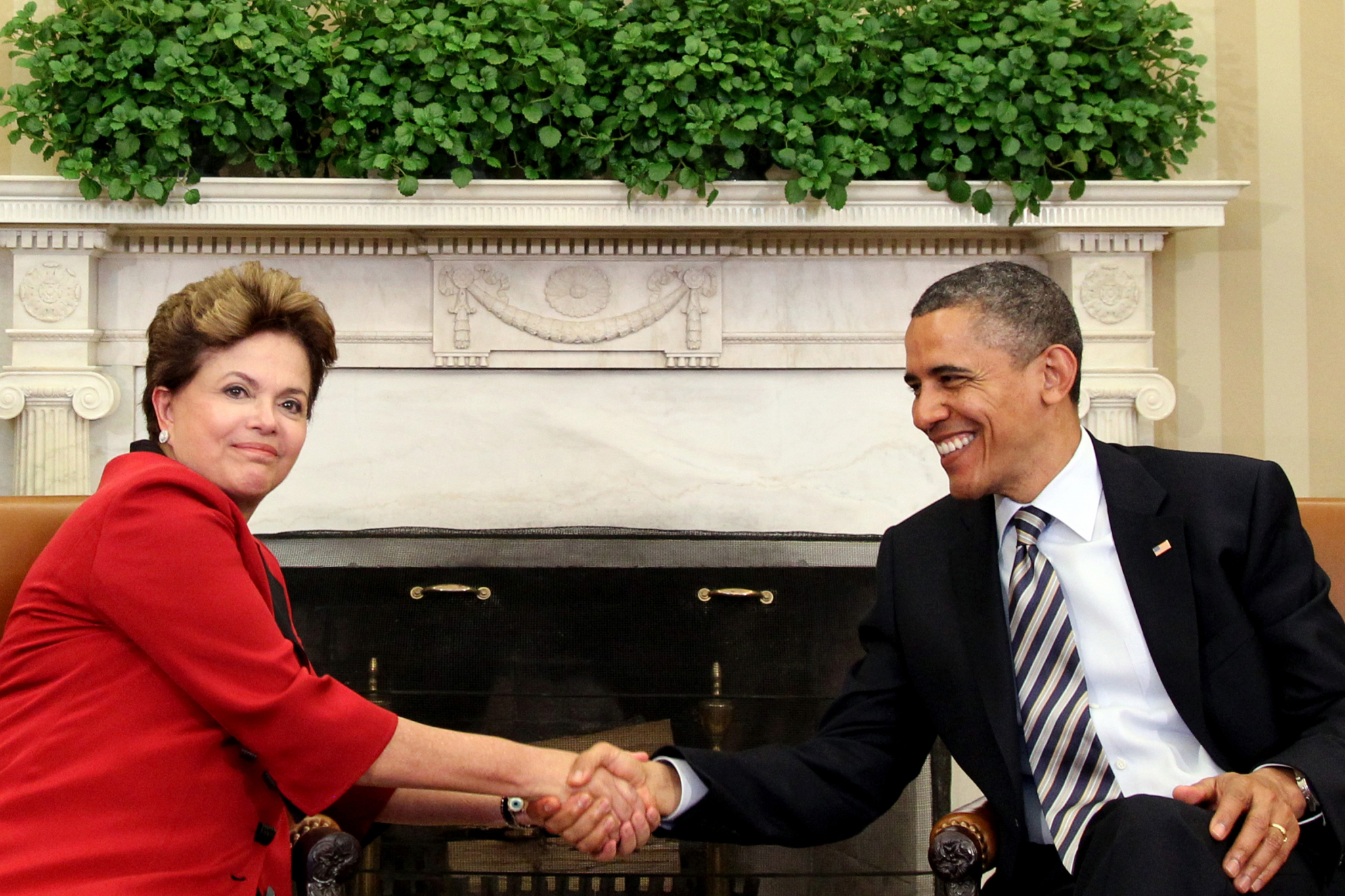 Brazilian President Dima Rousseff pledged deep cuts to her country’s greenhouse gas emissions and a massive expansion of renewable energy over the next decade at a ‘climate lunch’ hosted by UN Secretary General Ban Ki-moon in New York.

Rousseff vowed to cut emissions by 37 per cent on 2005 levels by 2025, rising to 42 per cent by 2030, coupled with a goal of sourcing 45 per cent of energy use from renewables by that same year with a final aim of reaching complete decarbonisation by 2100.

“As the largest economy in Latin America, Brazil's climate target matters to all of us, especially the smaller countries. This is precisely the signal we need from Brazil: an economy-wide target with absolute reductions and decarbonisation this century. It is a game changer. I am optimistic this plan will send the signal we need that the role of our region is to raise ambition on the road to Paris,” said Monica Araya, director of Costa Rica’s Nivela group.

Even before Brazil announced its COP 21 target has already made impressive strides in reducing deforestation and its associated emissions, achieving an average decline in deforestation of 16 per cent a year from 2005-2014. Building on this success, Rousseff’s government has promised to stamp out illegal deforestation by 2030.

Given the vast contribution of land-use, land-use change, and forestry (LULUCF) to Brazil's overall emissions profile, this has constituted a significant contribution to global climate action, but must remain an area of focus until net zero deforestation is achieved.

However, forest protection alone is no longer enough for climate mitigation action in Brazil, as greenhouse gas emissions from the non-LULUCF sector have increased by approximately 75 per cent from 1990 to 2012, with the largest increase in absolute emissions coming from the energy sector.

By 2020 LULUCF pollution will be overtaken by energy emissions and if Brazil does not change course, it risks a high-carbon ‘lock-in’ with 80 per cent or $500 billion of all energy investments in Brazil for 2013-2022 being allocated to fossil fuels.

Nonetheless, Rousseff’s pledge to slash emissions and massively expand renewable power sources marks out Brazil as the only developing country that has assumed that it has already peaked in 2005 and one of the few that have a concrete emissions target.

“Although insufficient compared to what would be Brazil's fair share for keeping global warming below two degrees Celsius until the end of this century, the Brazilian climate target is one of the most ambitious announced so far for the Paris agreement. President Dilma [Rousseff] shows that Brazil is willing to break away from the group of countries who are part of the problem and be part of the solution,” said Carlos Rittl, Executive Secretary of the NGO network Observatório do Clima.

Nonetheless, Rousseff’s Sept. 27 announcement cements her country’s status as a diplomatic heavyweight in the build-up to Paris, advocating on the world stage for total decarbonisation of the global economy by 2100.

“By launching a robust national climate action plan today, Brazil has shown that it is getting serious about its role in bringing countries together to shape the comprehensive climate agreement in Paris this December,” said Caio Koch-Weser, Vice Chair for Deutsche Bank.

Other emerging economies are now joining the fray in earnest, as China prepares to roll out a national carbon cap-and-trade program, which will bring it into line with the USA’s recently-announced Clean Power Plan to cut emissions 32 per cent by 2030.

India last week also announced its goal to crank up renewable energy output fivefold by 2020, moving away from its traditional use of coal power that it uses to generate 254 GW of electricity per day.

However, Canada remains completely out of the picture even as the world’s most powerful nations surge towards a greener future, as Prime Minister Harper turned his back on the UN meeting, just months after his government snubbed the Climate Summit Of The Americas in Toronto.

So far, no Canadian political leader has committed to an emissions reduction target for the COP 21 talks, but both the Liberals and NDP have promised greater investment in renewables if they win the Oct. 19 federal election.

“It’s time for all countries to get serious about the very real threat and consequences of global warming. We hope this event will spur the momentum for Canada to join other countries in Paris to develop a fair and legally binding agreement to reduce greenhouse gas emissions and limit global warming to 2 degrees,” said Peter Robinson, CEO of the David Suzuki Foundation in a statement dated Sept. 25.