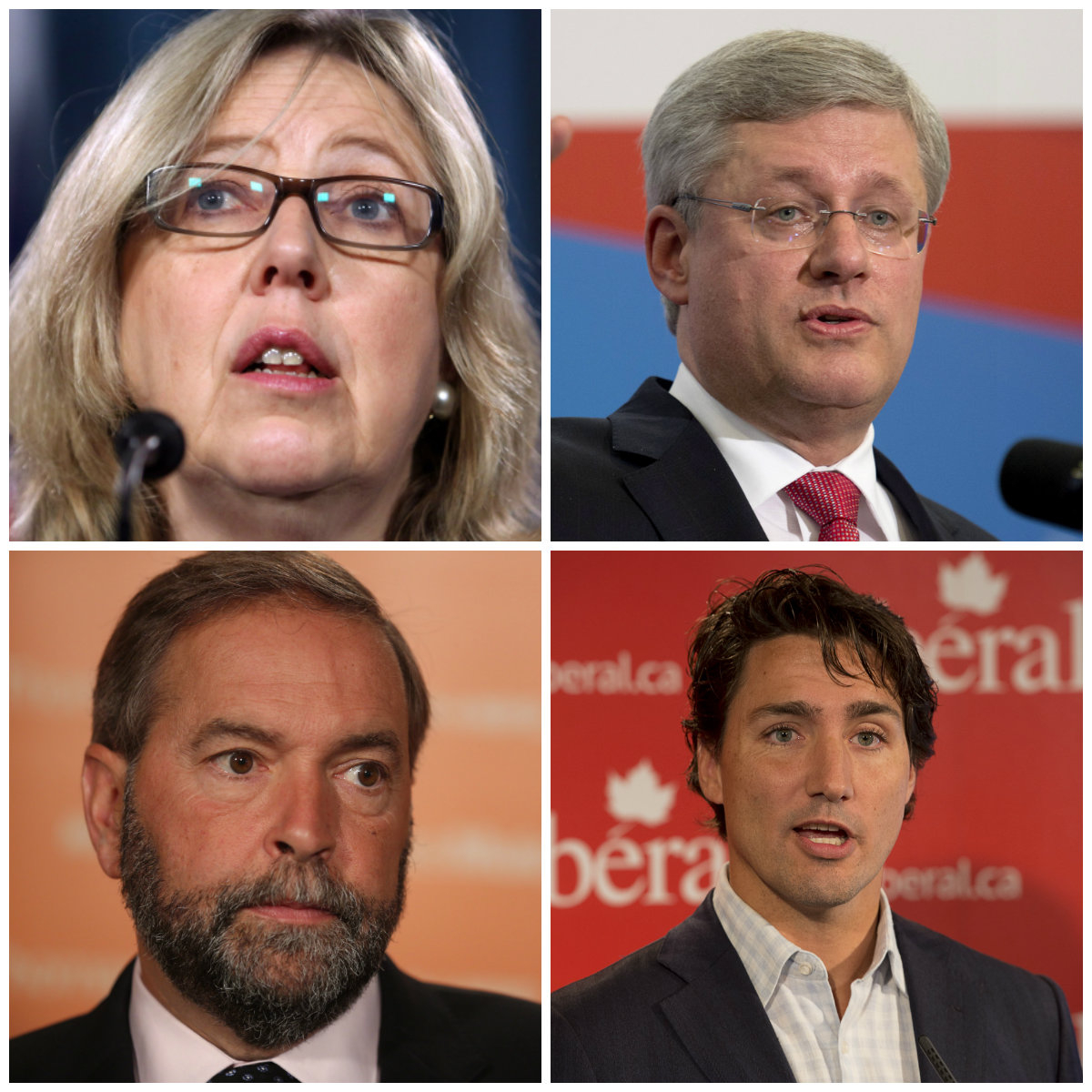 Thomas Mulcair rolled out his climate change action plan on Sept. 27 that includes a national cap and trade system, marking the NDP as the only party to pitch such a plan to voters ahead of the 2015 election.

Alongside putting a price on carbon, the NDP is promising to crack down on heavy polluters by making them pay for the ecological damage they cause, echoing earlier commitments made by leading candidates such as industry critic Peggy Nash.

"Mr. Mulcair has made a good start on climate change, but his plan does not address the threat of pipelines and tankers to Canadian communities,” said the Green Party in a statement released Sept. 27.

May nonetheless criticized Mulcair's proposals for not a concrete emissions reduction target ahead of the Paris climate talks this November, nor addressing the safety risks posed by pipelines and tankers to communities across Canada.

But Mulcair’s party does actually have an emissions reduction target in mind if it wins election: re-introduce the Climate Change Accountability Act to ensure that Canada meets its long-term target of reducing greenhouse gas emissions 80 per cent below that of 1990 levels by the year 2050, and 34 per cent below 1990 for the 2025-30 period, according to information released by the NDP earlier this year.

The NDP has also vowed to go to the Paris talks this November and play a constructive role in negotiations towards an international climate accord.

Power to the provinces

While including a national carbon pricing strategy, Mulcair’s proposals are nonetheless a departure from the NDP’s seemingly more centralized approach to tackling pollution, as it allows jurisdictions to opt out if their own carbon pricing plans meet or exceed federal objectives.

Mulcair promised that under an NDP government, federal climate change initiatives would be undertaken in collaboration with provinces, territories, municipalities and Indigenous governments. Carbon pricing revenues would be returned to the provinces for re-investment into greenhouse gas reduction efforts.

This approach brings the NDP’s environmental policy closer to that of Liberal leader Justin Trudeau, whose plan calls for the federal government to support Canadian provinces in transitioning to renewable energy and a greener economy.

Mulcair said that his prior experience as Quebec's environmental minister meant that “Canadians and the international community will be able to count on Canada’s NDP government to make polluters pay and do our part on climate change.”

...but political climate heats up as election looms

For now, Mulcair went on to blast both the Conservatives and Liberals for promising and failing to reduce Canada’s greenhouse gas emissions, saying that they joined forces to scupper the late Jack Layton’s Climate Change Accountability Act.

The NDP leader also wasted no time in keeping up the heat against Prime Minister Stephen Harper himself just 22 days ahead of Canada’s federal election.

“Under Stephen Harper, Canada’s climate record has lacked leadership and been criticized by the United Nations for falling behind many other countries.” said Mulcair.

“An NDP government is going to work with provinces and territories to develop a pan-Canadian cap-and-trade system that sets concrete emissions limits for Canada’s big polluters, which will have a significant positive impact on climate change.”

But Liberal candidates attacked Mulcair’s record as Quebec’s environment minister, at a time when his government was criticized for its tardy plan to meet Kyoto protocol targets, as well as pushing for the privatization of both parklands and water, and also castigated the NDP for promising to work with the provinces after dismissing that idea just three months ago.

“Thomas Mulcair will say whatever is convenient. His climate change proposals are a lot like the ones he criticized just a few short months ago,” said Jody Wilson-Raybould, Liberal candidate for Vancouver-Granville.

“Even worse, Thomas Mulcair has been no friend of the environment. In Quebec, he advocated for the mass export or fresh water, tried to sell off pristine parkland, and made headlines for his inaction on greenhouse gases.”