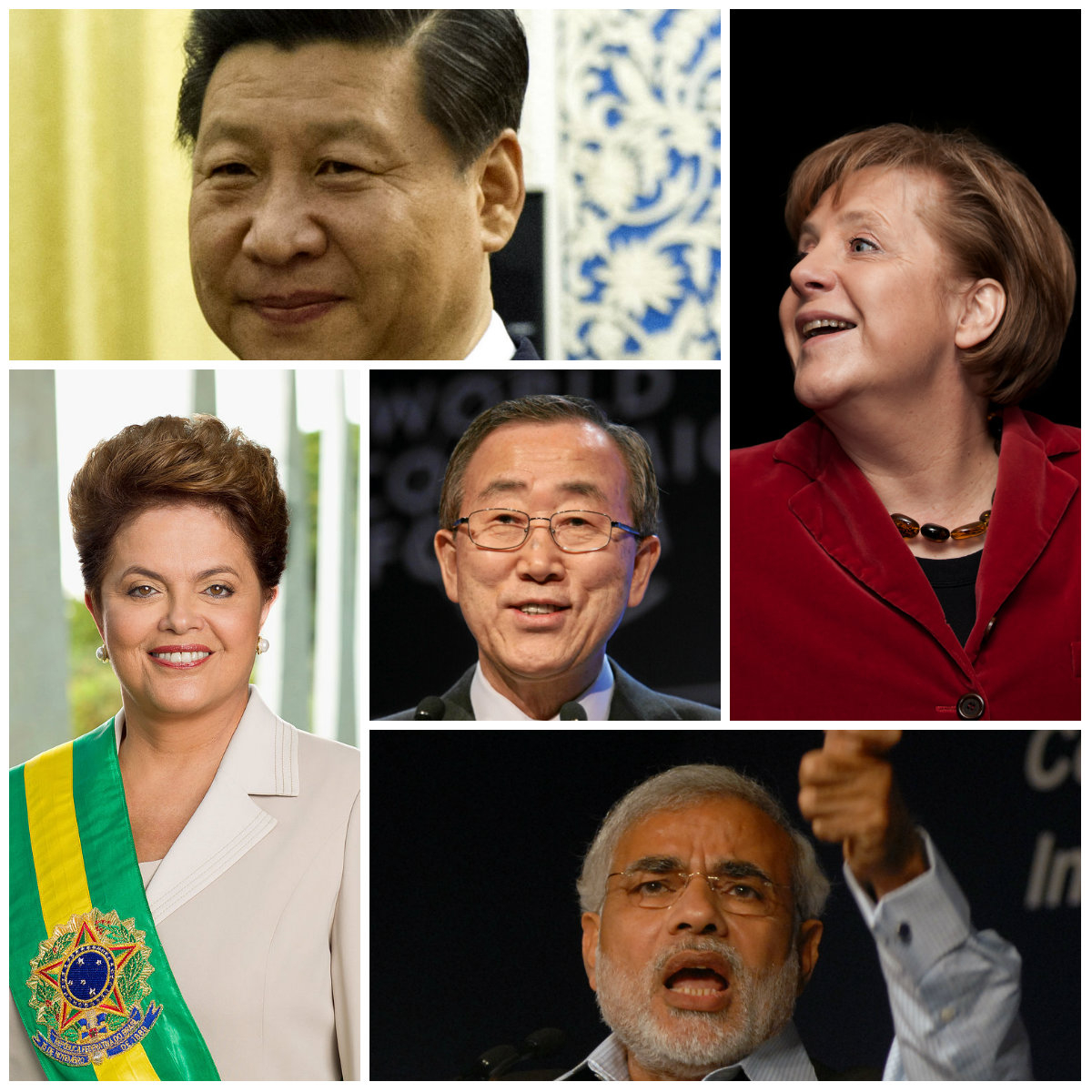 World leaders hashed out their vision of a successful global climate pact to avert global catastrophe at a Sept. 27 meeting in New York, just two months before the landmark Conference of Parties (COP) 21 talks begin in Paris.

The thirty world leaders in attendance agreed that a new climate deal had to include a long-term vision of a world freed of poverty through the opportunities created by a new green economy, send a clear signal to citizens and the private sector that the global green shift is both beneficial and already underway, and the need for immediate international action to make this vision a reality.

“I appeal to all leaders to show flexibility, vision and leadership. We have just adopted an inspiring new sustainable development agenda. We must continue the momentum with a robust agreement in Paris,” said UN Secretary General Ban Ki-moon in a press statement, after co-hosting the ‘climate lunch’ with French President François Hollande and President of Peru, Ollanta Humala.

Ban Ki-moon said that individual national commitments to tackle climate change were not enough to avoid catastrophe, but noted that world leaders agreed that “Paris must be the floor, not the ceiling,” for international climate action aimed at keeping global warming under two degrees Celsius.

“Leaders voiced broad support for a durable agreement that will accelerate investments in clean energy and spur a global, low-carbon transformation well before the end of the century, consistent with a below-two degrees Celsius pathway,” said Ban Ki-moon.

His statement builds on previous pledges announced by the world’s major powers, including the Chinese government’s plan for a national carbon cap-and-trade program announced on Sept. 25, bringing its climate policies into line with the USA’s Clean Power Plan to slash emissions 32 per cent on 2005 levels by 2030.

On that same day, India’s government unveiled its own plan to ramp up renewable energy output fivefold by 2020 and wean itself off coal power, a major source of greenhouse gas emissions.

Just two days later, Brazil’s President Dilma Rousseff declared an emissions reduction target of 37 per cent on 2005 levels by 2025, rising to 42 per cent by 2030. The shift away from fossil fuels will be coupled by a massive increase in renewable energy development in that same time-frame, which aims to source 45 per cent of Brazil’s power needs from clean sources.

Brazil’s recent promise echoed a pledge made by Rousseff at a recent bilateral summit with Germany’s Angela Merkel committing Brazil to be the first major emerging economy to back a comprehensive global decarbonisation goal.

“Change is in the air. After years of pushing, we are approaching a real turning point on global climate action. Country leaders used today’s meeting to affirm their solidarity behind the core components of a universal climate agreement this year. These include a long-term goal for the transformation of the global economy, a requirement for countries to increase their efforts every five years, and assurance that finance will be available to help developing countries,” said Jennifer Morgan, Global Director of the World Resource’s Institutes Climate Program.

However, Canada remains firmly locked out of the global green shift under the Conservative government, as Prime Minister Stephen Harper snubbed the New York meeting and has not announced any emissions target whatsoever in the run-up to Paris.

Both the NDP and Liberals have promised greater support for Canada’s renewable energy sector and an end to federal subsidies for oil sands development, but neither Thomas Mulcair nor Justin Trudeau have promised to go to Paris with a concrete emissions reductions target in hand if they win the Oct. 19 federal election.

On the same day that world leaders met in New York, NDP leader Thomas Mulcair unveiled his climate change action plan that includes carbon pricing, penalizing polluters, and working with provinces to slash emissions, but, once again, did not mention Paris at all.

“Mr. Mulcair has not explained how Canada will be ready for the Paris talks. I offer to be ready with [new] Green MPs, such as Claire Martin, Lynne Quarmby, and Gord Miller, whose background and experience will be indispensable in preparing for the deadline negotiations. We stand ready to work with any new government to put Canada back in the lead,” said May.