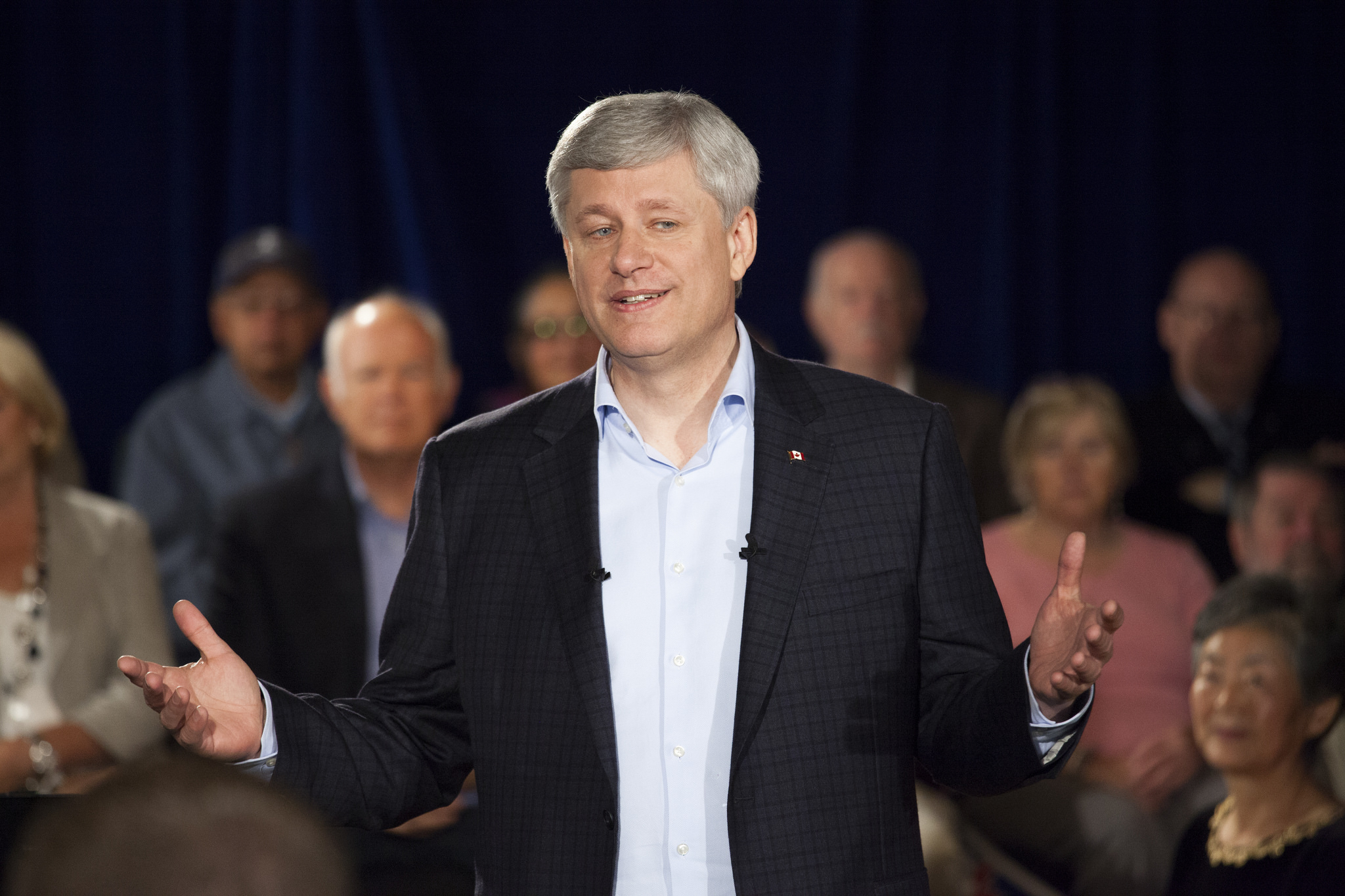 One thing you can say about Tory voters that you can’t say about supporters for any of Canada’s other parties: they’re very loyal. Liberals ripped up their membership cards over Justin Trudeau’s stance on Bill C-51. NDPers stopped surfing the orange wave after Tom Mulcair unveiled his stance on niqabs. Greens might change colours if Elizabeth May admits to being the wrong type of vegetarian.

But I’m pretty sure Stephen Harper could shoot a man in Reno and 30 percent of Canadian voters would still mark an X for him on October 19. Or in the advance polls.

I keep hearing about 'Harper Derangement Syndrome' — how paranoia affects people regarding the prime minister's policies — but having read the surreal screeds accusing Tory critics of succumbing to hysteria, I think the actual psychological condition threatening Canadian voters is 'Stephen Stockholm Syndrome.' Tory voters have fallen in love with man who kidnapped Canada.

Here are a dozen signs you might be suffering from Stephen Stockholm Syndrome.

12. You can’t name more than two cabinet ministers, but think Harper has “a really strong team.”

11. You don’t see anything strange in rebranding the Government of Canada “the Harper Government”.

10. You think that the leader of our country refusing to answer more than five pre-selected media questions a day is outrageous. Why should he have to answer any questions at all?

9. Refusing to do debates on major TV networks and forbidding your candidates from talking to the media or appearing at all-candidates meetings isn’t gutless, or anti-democratic, it’s 'good strategy.'

8. The fact that the Tories have cheated in the last two elections doesn’t bother you because that's just politics.

7. You’re still outraged over the Liberal sponsorship scandal (total cost $100 million), but have no problem with the ads Conservatives ran to tell Canadians how great they are (total cost $750 million).

6. You don’t really care if the Prime Minister knew about Duffygate because after all, it was only $90,000.

5. You don't mind if the government is muzzling scientists, because science is boring, eh?

4. You believe the media is left-wing, even through virtually every major media outlet in Canada urged their readers to support Harper last election (and will likely do so again next week) and urged Alberta voters to re-elect a Conservative government because after half a century in power, they deserved one more chance to get it right.

3. You think the Fair Elections Act is totally fair (even though Elections Canada is worried it might prevent hundreds of thousands of Canadians from voting).

2. You believe the long-form census was "too intrusive," but C-51 is essential to our security.

1. And the number one sign — you’re now so disgusted with politics that you think all of Canada’s major political parties are the same.

Do you have Stephen Stockholm Syndrome? Ask your doctor if democracy is right for you.