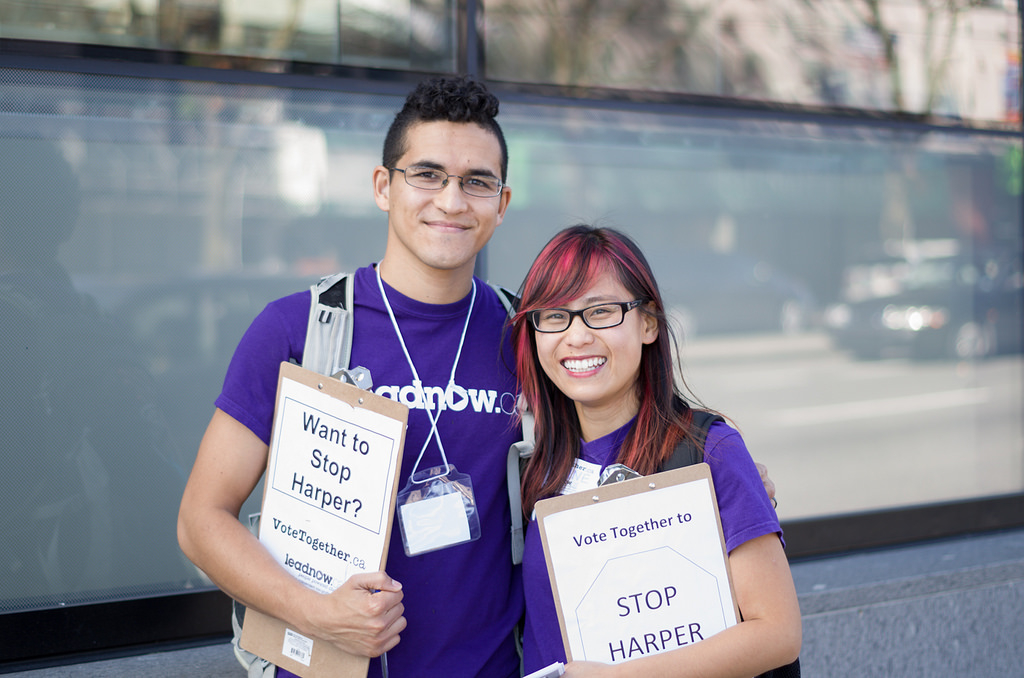 In an attempt to motivate strategic, anti-Harper voters in swing Conservatives ridings across Canada, activist group Leadnow is naming names —a list of 30 candidates to get behind to prevent another Conservative government.

“We’ve heard loud and clear that our communities want to name the candidates that can defeat Conservatives. And in many ridings, there’s a clear choice,” said Amara Possian, election campaign manager for Leadnow, in Toronto on Thursday.

Nine NDP and 13 Liberal candidates, mostly in B.C. and Ontario, have been endorsed since Wednesday. The last seven endorsements are being released Saturday. The full list can be found here.

The endorsements could mean a key injection of volunteers in target ridings where “there is momentum, and where we can have impact,” said Possian.

The website —votetogether.ca —has been offering riding information about how to defeat Conservatives for months, but this is the first time the site is recommending specific candidates.

There are no endorsements in Quebec, explained Possian, because "there are no Conservative swing ridings with more than 500 pledges."

Over 85,000 Canadians have signed up for the Vote Together process.

By week’s end, Leadnow will have recommendations in the following ridings. The endorsed parties that have already been released are shown below: