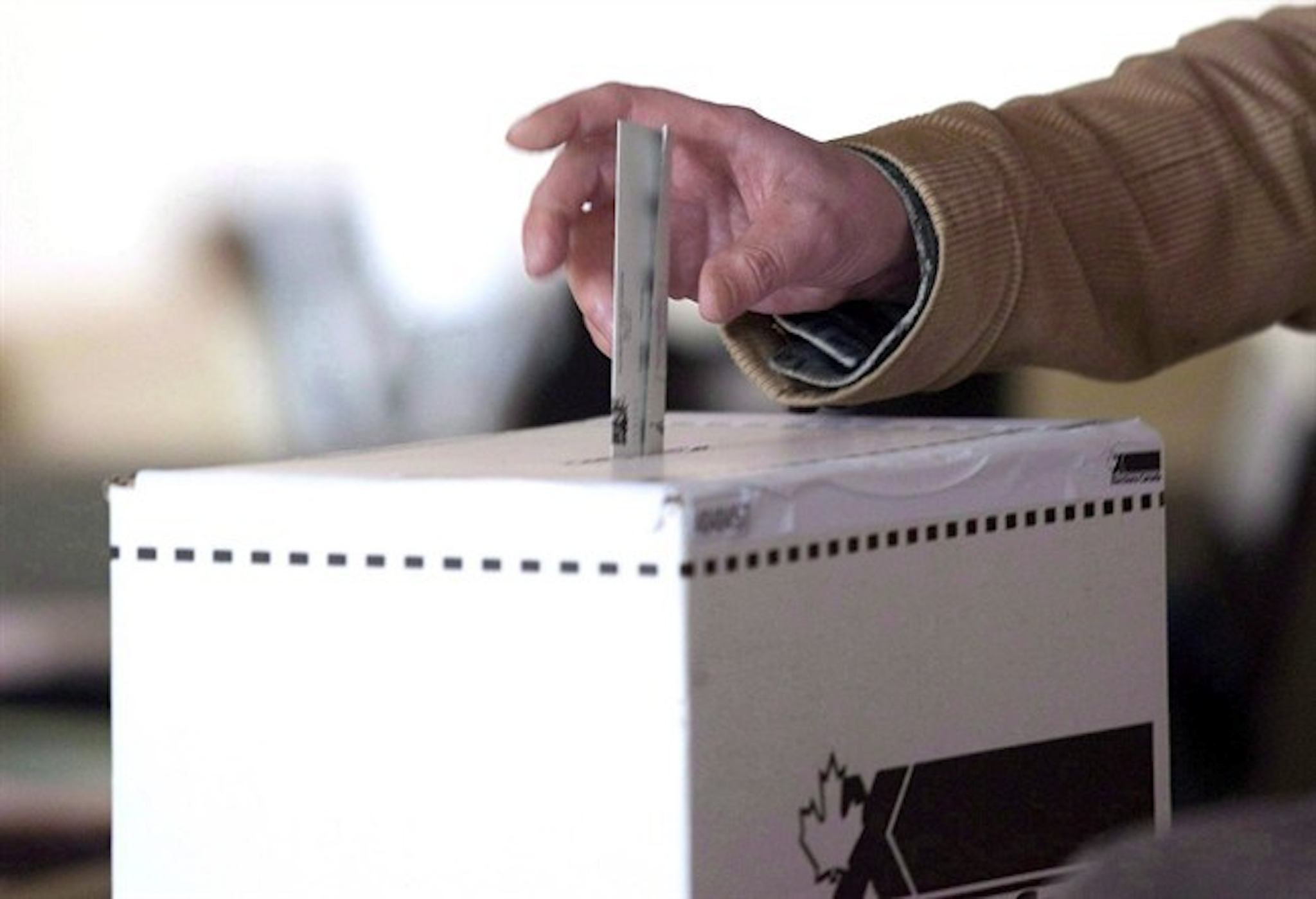 Canadians have been engaged in “strategic voting” since Canada became a country.

Strategic voting basically means voting for a party that isn’t your first choice in order to keep another party out that you really don’t want to get elected.

But if all goes well, 2015 should be the last time citizens of this country have to resort to this unpleasant but currently unavoidable tactic. That’s because all the national parties — except one — want to change the voting system.

In essence, strategic voting means holding your nose and voting for someone you don’t like very much, or a candidate for a party you’d really rather not vote for. You do it because it’s better than the alternative.

Voters have had no choice about strategic voting since Confederation, because of our outdated, inefficient and dysfunctional electoral system, which came to Canada along with the British parliamentary rule book.

The system is called “first past the post”, or FPTP, in reference to the “post” that marks the end of a traditional horse race, where it’s possible to win everything by the tiniest of measurements – literally “by a nose”.

The official name for the voting system we use is the “single vote plurality,” but that technical sounding phrase doesn’t do justice to the profound implications of our system.

In essence, in any Canadian federal or provincial election, the candidate with the most votes wins – even if it’s by a margin of one vote.

Not only that, but no matter how many other candidates or parties there might be, there is only one winner.

And no matter how many issues there are at play in an election campaign, only the issues dear to the heart of the winner get addressed. The rest get thrown into the dumpster – especially with a majority government.

The current Conservative government, run by a Prime Minister who sees himself as a perpetual outsider, is notoriously prone to ignore or ride roughshod over the priorities of other parties. This is because Stephen Harper, whose government was elected by only 24 per cent support from eligible voters, has little sympathy for any other party’s ideas besides his own.

The result is that all the complexity of real life, all the diversity of opinion about how to address concerns, all the personal differences between candidates — all these boil down to one simple scenario: get one vote more than everybody else, and all the positions of all the other candidates on every issue are instantly made irrelevant.

So why bother voting? – an understandable question in the FPTP system

FPTP compels strategic voting, and that breeds cynicism and apathy in many.

If you’re a voter, why vote if you have no choice but to choose one person only, when you might like several candidates, or approve of the policies of several parties?

This abnormal situation creates a dilemma like the one in Sophie’s Choice, a film about a Jewish mother who is forced to choose which one of her two children will be sent to the Nazi gas chambers, and which one will survive.

In the somewhat less charged world of politics, how can you make a choice when you respect and admire more than one candidate, or appreciate and approve of parts of several different party platforms?

There is a place for the “first past the post” (FPTP) system. It has value if there are only two candidates in an election. Or just two parties.

In fact, this voting method tends to propel electioneering in to a simplistic, two-party system. Over time, voters from parties or groups with minority viewpoints are drawn into one side or the other of an election campaign, eliminating nuance, small but important differences, and issues supported by a minority of voters.

In a two party system, you’re hooped. You’re faced with an impossible choice.

You can be forgiven for not voting at all.

There are other systems – proportional voting systems

Now imagine a system where there are several parties to choose from, and you know that the one with the best economic policy will benefit from your vote, as well as the party that is against the death penalty – and you can vote, in some manner, for both.

The Liberal, New Democratic and Green parties have all pledged to bring in a proportional voting process if they form the next government. The Conservative Party has flatly resisted the idea, because, for various reasons – such as a large war chest of corporate donations allowing for virtually unlimited advertising across the country – they have flourished under the FPTP system. In fact, their majority was won thanks to just 6,021 votes in 14 ridings.

For this one “Last Unfair Election” there is one way to get a better electoral system, and that is to vote for any party other than the Conservative Party.

And one way to ensure that one of those parties will defeat your local Conservative candidate is to use strategic voting, guided by the results of late polling in your particular riding. Organizations like LeadNow nationally, and the Dogwood Initiative in B.C., as well as Eric Grenier’s website 308.org, can give you evidence to help you decide how to use your strategic vote most efficiently.

Specifically, identify which party, other than the Conservative Party, has the best chance of winning in your riding. And if you can bring yourself to do so, vote for that party’s candidate.

If enough of us do that – even if we don’t get our ideal outcome this time around – we will never have to make this particular sacrifice again.

Strategic voting is better than not voting at all. But our current FPTP system is one that Canada should eliminate once and for all.

So please vote wisely on October 19.

Why Harper corrupted the Senate