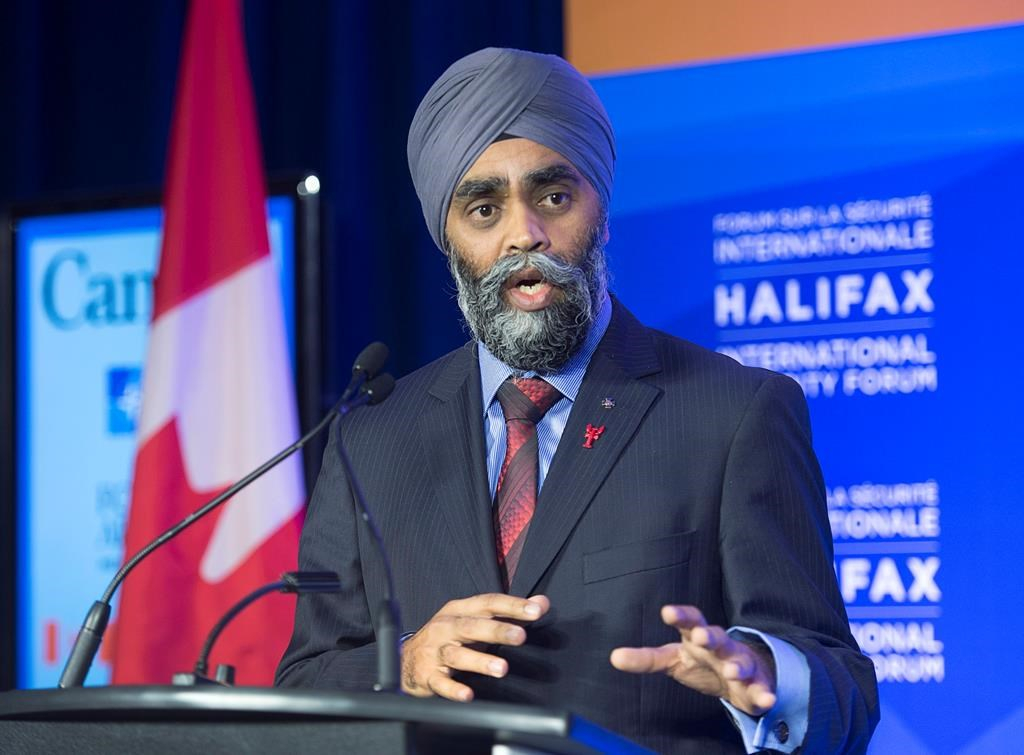 HALIFAX — Defence Minister Harjit Sajjan is suggesting CF-18 fighter jets would make little difference in the war against the Islamic State if Canada doesn't focus completely on its training mission in Iraq.

Sajjan faced more questions Sunday at the close of the Halifax International Security Forum about the Liberal government's plans to withdraw the fighter jets from the fight against ISIL.

"Myself and the government feel we need to focus on the training," he said. "If we do not get that piece right, is does not matter where one bomb drops."

Prime Minister Justin Trudeau said last week that Canada will increase the number of ground troops, currently at 69, in Iraq to train local forces as a way of making a bigger military contribution to the coalition fighting Islamic militants.

The Liberals promised during the election campaign that they would withdraw Canada's CF-18 jet fighters. The former Conservative government committed to keeping them involved in coalition air strikes until March.

However following the terrorist attacks in Paris this month, the opposition Conservatives and some premiers have called on the government to rethink abandoning the air campaign.

Sajjan reiterated on Sunday that Canada is part of a coalition in the fight against ISIL, and noted that other members of the coalition are contributing resources to airstrikes.

"As tragic as those events are, the solution is not based on one tool," he said. "The solution is based on our efforts working as a coalition with all the tools together."

"We're going to be taking the fight to ISIS...and we work as part of a team."

Sajjan sidestepped reporters' questions on whether Canada's allies used this weekend's security forum as a chance to raise the issue of Canada's decision to withdraw from the combat mission.

But the former envoy to the American-led global coalition to defeat ISIL, said the decision to withdraw fighter jets is up to Canada and the United States would respect the decision.

"That's a sovereign decision of Canada and we'll support that decision," Retired Gen. John Allen said in an interview with The Canadian Press on Saturday.

"We won't ever question that, but we would be poised and ready to provide whatever information or advice that would be asked of us."

Sajjan also stressed the need to stay ahead of terrorist groups by getting better at spotting indications of threats "so we can deal with the threat when it's at it's infancy."

"That's how we are going to be able to move forward and Canada is very good at that."