Canada's remarkable turn-around on climate needs to be backed by policy: Stephen Lewis 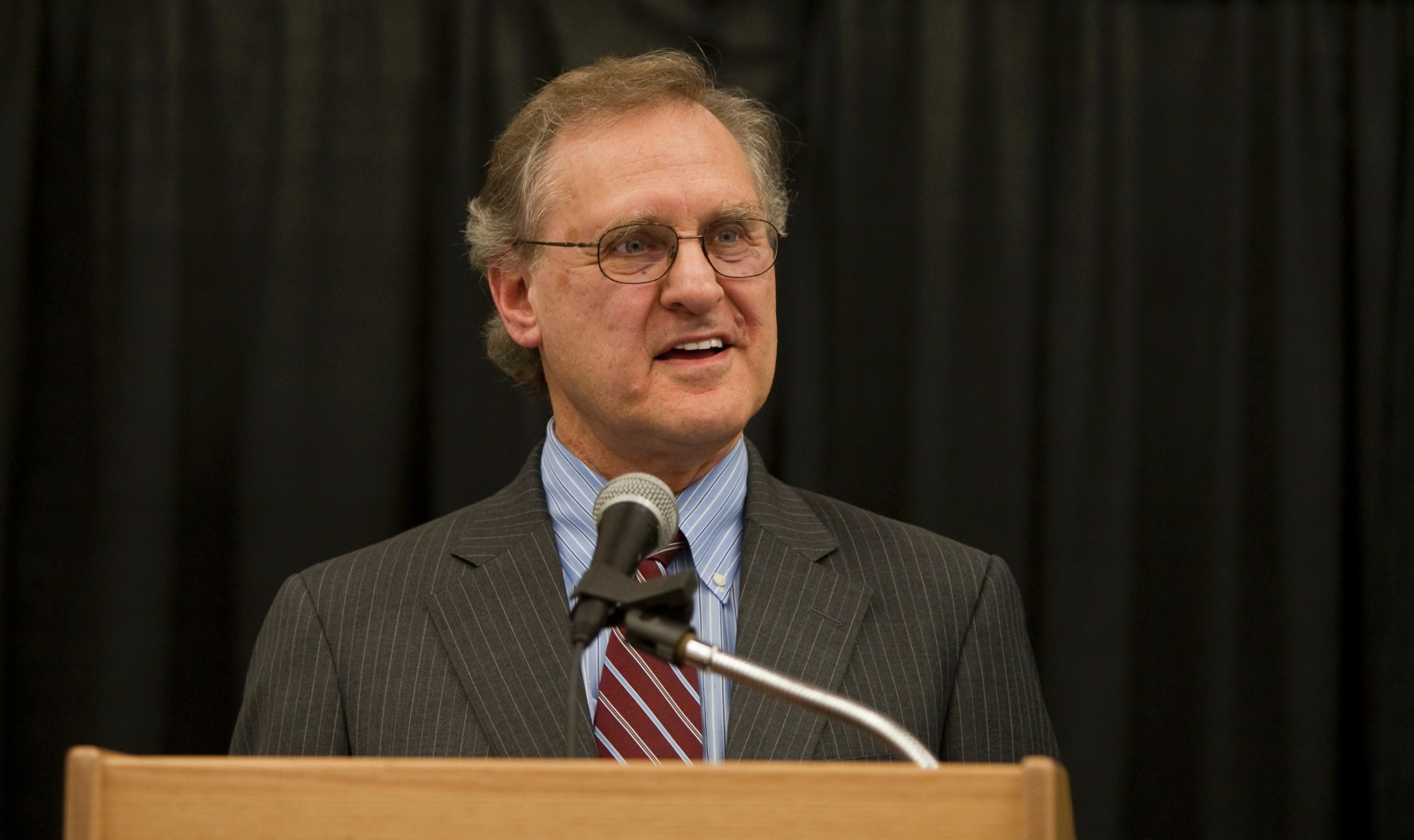 Stephen Lewis, the former Canadian ambassador to the United Nations, said for Canada to even be at the table and talking positively about climate change is a major turning point.

“The truth is, for Canada to be participating in a positive way in negotiations at all is a remarkable turn-around from the hopelessly reactionary, destructive stance which the previous government took," said Lewis.

Jaws dropped in Paris on Monday as Catherine McKenna, Canada’s environment and climate change minister, announced that Canada supported a bold goal of 1.5 degrees Celsius— a half a degree less than most of the major countries are arguing for at COP21.

Lewis once chaired the 1988 World Conference on the Changing Atmosphere, which drafted the first-ever comprehensive policy on climate change. He's concerned that policies like B.C.'s carbon tax and Alberta’s new climate plan aren't going to be enough to reach the 1.5 degree ceiling.

He said the world is hurtling toward drastic change of four degree warming, and that the Trudeau government urgently needs to implement the policies to achieve the goal stated in Paris.

“We’re heading toward four per cent,” Lewis said. “The real climatologists and environmentalists know it, and they’re panic-stricken by the prospect, and so it is extremely useful to have a country like Canada coming back into the fold and talking about 1.5. But unless we mirror it in our own policy, it is illusionary.”

“It’s very easy to take these strong stands, particularly when Canada has been such an outlier for years. Everybody breathes a sigh of relief to hear the new Minister of the Environment say what she says, but it’s hardly enough.”

From tar sands expansion to complete stop: a complete U-turn on policy

On the phone from Pasadena, California, Merchants of Doubt author Erik Conway told National Observer he was surprised to hear of the Canadian government’s reversal on climate change because previously it had been “full bore” on expanding the tar sands.

“That climate target means that development all has to stop,” Conway said. “That’s quite a change of direction for any country.”

Conway's book, which was recently made into an award-winning documentary, explores how scientists with strong ties to the fossil fuel industry helped "deliberate obfuscation" and slow down major policy decisions on climate change.

According to Conway, many of the low-laying islands are pushing for the 1.5 degree scenario in the hopes it will mitigate sea level rise and prevent them from vanishing altogether.

With that in mind, he's shocked the U.S. isn’t backing the lower target, as many major states like Florida and Louisiana would lose vast amounts of land when the sea level rises.

Conway said it's "hard to see" at this point how Canada will achieve its target, as both the 1.5 degree, and even the less ambitious two degree, target require "negative emissions", through technologies that remove carbon dioxide from the air or after combustion processes. This would require the widespread adoption of carbon capture and storage technologies, which Canada has only begun to delve into in recent years.