Elizabeth May breaks down the historic Paris Agreement 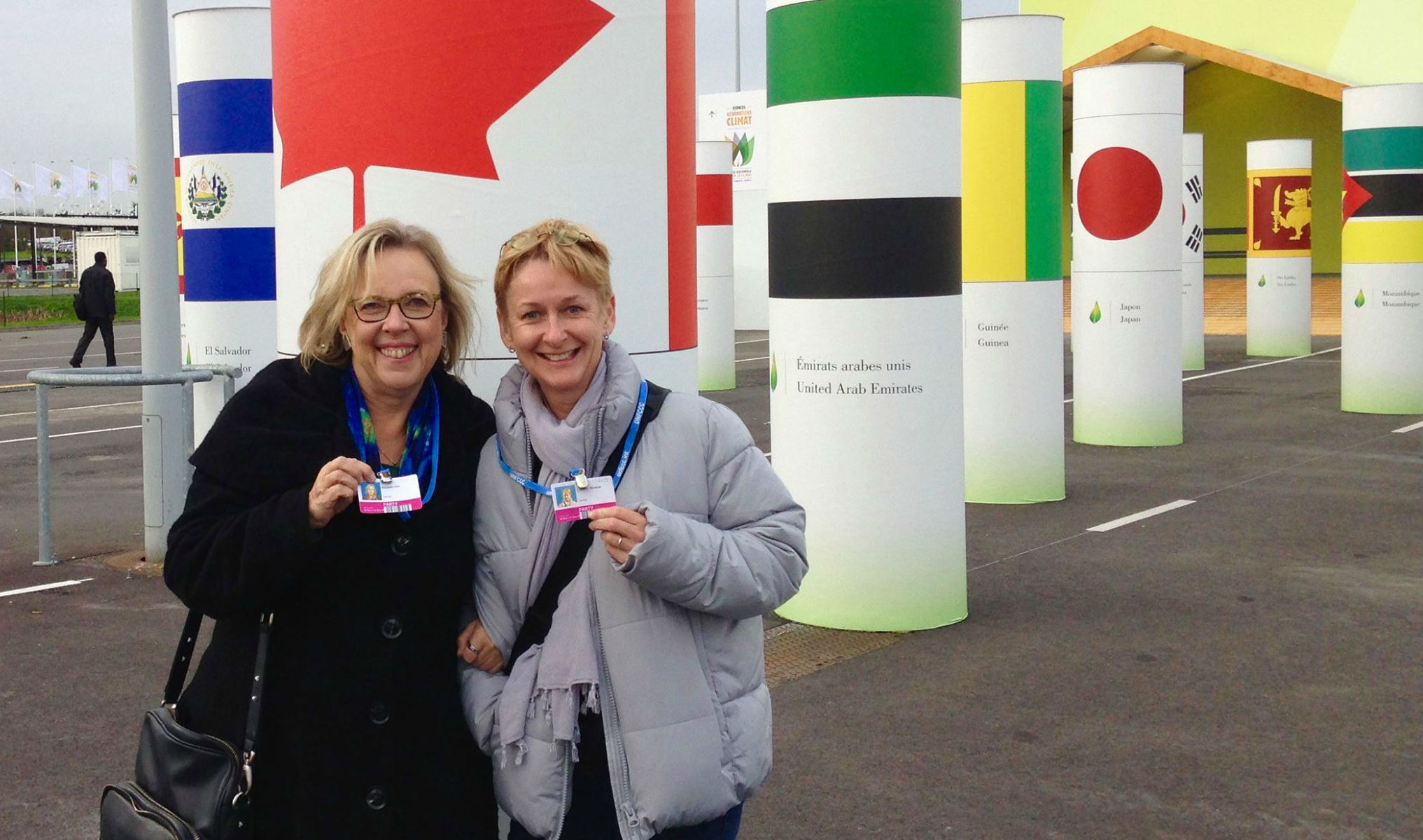 The morning after 13 days— three of them all-nighters…

And the Paris Agreement is accepted. The COP21 decision is agreed upon. What does it all mean?

I have been working on climate for the last 29 years. In that time I have seen lip-service from most politicians, courage from a few politicians, venality from some corporations (Exxon come to mind), leadership from others.

I have witnessed opportunity after opportunity squandered for political expediency. Agreements signed and then ignored. Overall we have procrastinated and lost decades when we could have averted the climate crisis nearly entirely.

Now we are in it. With loss of life and devastating droughts and heat waves, extreme weather events, sea level rise and loss of Arctic ice and permafrost. No longer are we arguing about a future problem. We have already changed the climate, so the debate of 2015 is: "Can we avoid the very worst of the climate crisis? Can we ensure the survival of human civilization? Can we save millions of species?”

To do so requires transitioning off fossil fuels.

You will undoubtedly hear some denounce the Paris Agreement for what it does not do. It does not respond with sufficient urgency. It does not use the levers available to governments to craft a treaty that is enforceable with trade sanctions to add some teeth.

Those criticisms are fair. As trade lawyer Steven Shrybman said more than a decade ago, “If governments cared as much about climate as they do about protecting intellectual property rights, we would have laws that require carbon reduction in every country on earth.”

Nevertheless, the Paris Agreement is an historic and potentially life-saving agreement. It does more than many of us expected when the conference opened on November 30. It will be legally binding. It sets a long-term temperature goal of no more than 1.5 degrees as far safer than the (also hard to achieve) goal of no more than 2 degrees.

In doing so, it may save the lives of millions. It may lead to the survival of many small nations close to sea level. It may give our grandchildren a far more stable climate and thus a more prosperous and healthy society. It clearly means the world has accepted that most known reserves of fossil fuels must stay in the ground.

It is absolutely true that Canada announcing support for 1.5 degrees mid-way through the conference made a huge difference in keeping that target in the treaty. I heard that from friends and contacts around the world.

To avoid 1.5 requires immediate action. Unfortunately, the treaty is only to take effect in 2020 (after it is ratified by 55 countries, collectively representing 55 per cent of world GHG emissions). We have built into the treaty mandatory global five-year reviews – what is called the “ratcheting-up mechanism.”

The mechanism to force all governments to assess the adequacy of their own plans only kicks in in 2023. That gap from 2015 to 2023 could well foreclose any option to hold temperature to less than 1.5 or even 2 degrees.

So in addition to the Paris Agreement we also passed the Decision of COP21. It includes some actions before 2020. The language there is far from perfect but gives us a chance to increase targets before 2020.

In 2018, there will be a “facilitative dialogue” within the UN to assess the adequacy of targets and to prepare for new ones for 2020. The decision document is actually longer than the treaty itself and includes many actions to be undertaken within the ongoing UNFCCC COP process. Among them, the IPCC is requested to produce a report to COP spelling out what level of GHG emissions will lead us to holding global average temperatures to no more than 1.5 degrees C above pre-Industrial Revolution levels.

Canadians can be rightly proud of what our government did in Paris. While I did not support our position on every single issue, I cannot be more proud of what we did on most issues, nor can I thank our newly minted (and now totally exhausted) Minister of Environment and Climate Change, Catherine McKenna, enough for her work.

What matters now is what we do next. Canada’s climate target remains the one left behind by the previous government. We have no time to waste in re-vamping and improving our target. We should be prepared to improve it again in 2020. But let’s ensure we get started.

The Liberal platform committed, within 90 days of COP21, to consultations with all provincial and territorial governments. In his speech at COP21, Trudeau expanded that to engaging with municipal governments and First Nations as well. That is all excellent. Ideally this sets in motion a quick-start to identifying a more ambitious target with actions spelled out in the spring 2016 budget.

Earth Day 2016 has been chosen in the decision document as the day for formal signatures to the Paris Agreement. Ban Ki-moon has been requested to organize a signing ceremony in New York at UN headquarters.

Let’s all take a moment to send a thank you note to Prime Minister Trudeau and Environment and Climate Change Minister Catherine McKenna and urge that Canada’s new target be ready to be tabled at the UN on April 22, 2016 when Canada shows up to encourage all other countries to improve their own targets.