Paul Martin hopes Reconciliation will inspire other countries to act 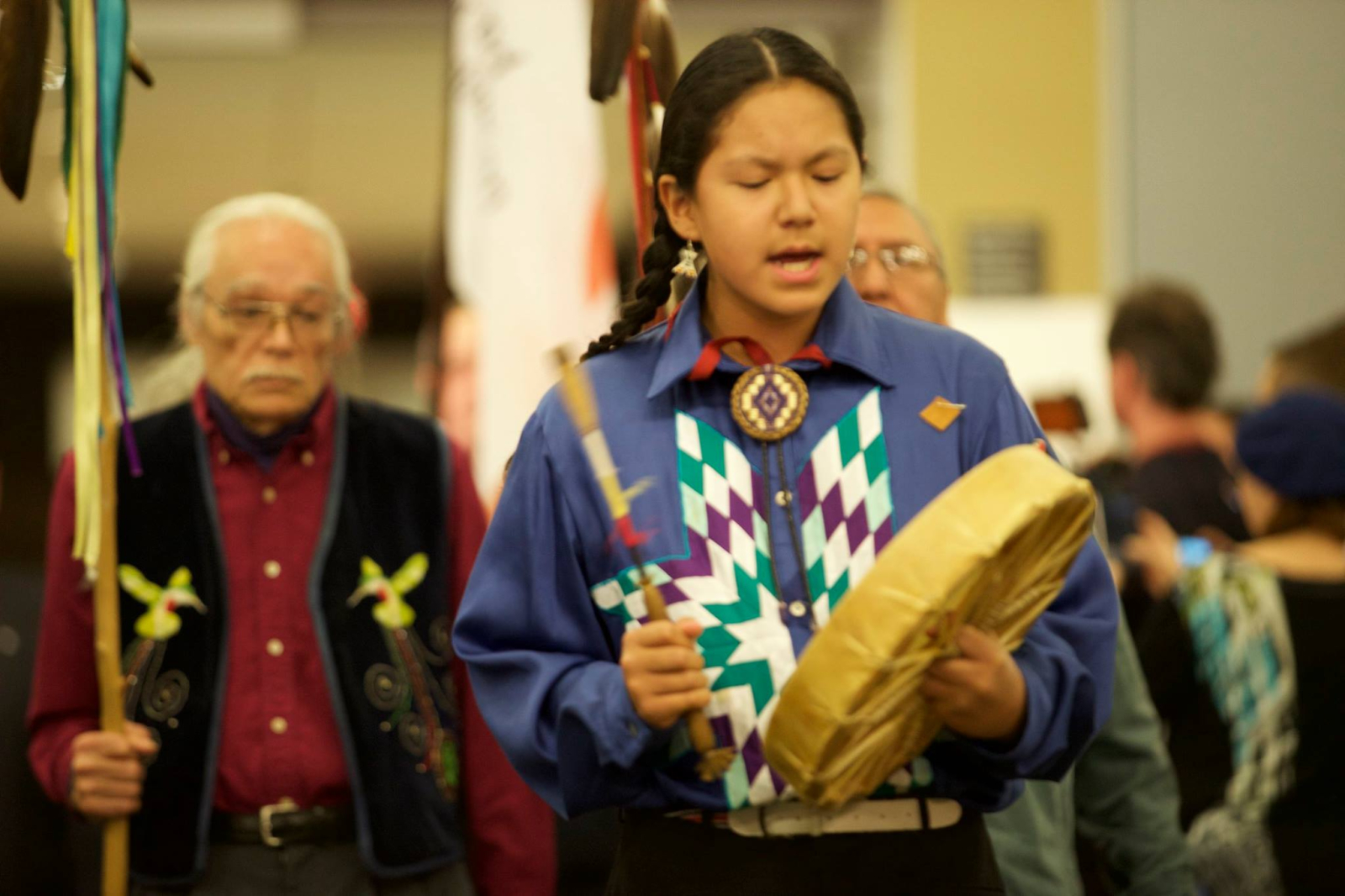 A young Indigenous drummer leads the procession into the Truth and Reconciliation Commission ceremony in Ottawa on Tues. Dec. 15, 2015. Photo from TRC Facebook page.
Previous story
Next story

At the 2013 federal Truth and Reconciliation Commission hearings in Montreal, former prime minister Paul Martin, an honourary witness, became one of the first politicians to use the words “cultural genocide” in association with Indian residential schools (IRS).

It would take two years for the federal government to accept this term, a term that was brought back into political discourse when the TRC released a summary of its findings before the public in June.

The summary — compiled with more than 1,355 hours of testimony from nearly 7,000 IRS survivors and their families — contained 94 calls to action to improve the state of Indigenous affairs in Canada.

At the time, the Harper government postponed action on these recommendations, citing the need for further analysis when the full report was finally released.

When the 25-pound document was published on Tuesday however, Prime Minister Trudeau vowed to develop a national reconciliation framework for implementing all of them immediately.

It was enough to make Paul Martin — whose passion for improving Indigenous livelihood dates back to his time as finance minister — utterly emotional.

"I thought that they were dead on, exactly what was required," he told National Observer, speaking from his office in Montreal. "I want to congratulate the prime minister for his reaction... and I think the commissioners have demonstrated themselves to be obviously great members of First Nations, but also great Canadians."

The TRC's final report contains seven volumes and 3,766 pages that chronicle Indigenous history in Canada from the beginning of the IRS to the harrowing legacy it leaves behind today.

Martin took a 'better late than never' stance on the federal government response, but expressed deep disappointment that legislation had not been adopted sooner to strengthen Indigenous communities throughout the country.

He spoke particularly of the 2005 Kelowna Accord endorsed by his own government, which sought to close the education, health, infrastructure, economic, and empowerment gap between Indigenous and non-Indigenous Canadians​.

"I think there’s a decade of young people who would have had better schooling and health care if Kelowna had been carried forward," he said.

"It was a tragedy that Kelowna was abandoned by the previous government."

Despite the differences between past and present governments however — Conservative or Liberal — Martin agreed with Chief Wilton Littlechild that reconciliation is a "non-partisan" responsibility, but rather a national opportunity to work as a team.

At the ceremony on Tuesday, the TRC commissioner had said that the harm done by the IRS must not be seen as belonging to any one political party.

“I think if you look at individual governments—and I’m very proud of the Kelowna Accord— Brian Mulroney and Joe Clark had positive records in terms of Aboriginal people," Martin explained. "Every political party, if go back historically to the very beginning, carries a burden here, and I think every party at some point in this history has done the right thing.

“But I think the important thing now is what the TRC said, and what the prime minister said today, and what the view is of all political figures looking forward.”

The TRC's report does indeed represent an unprecedented opportunity, the former prime minister added, not only for healing at the national level, but for leadership at the international level as well.

An opportunity to change Canada's legacy

“Unfortunately, Indigenous people around the world are not being treated well," Martin told National Observer.

"For us to talk about what we did, what we can do, what we are doing — I think that can be a real motivator, a real symbol of what can be done in the rest of the world.”

He cited a past conversation with Indigenous members of the Mexican legislature at the 2005 Summit of the Americas in Argentina, where the issue of adopting the UN Declaration on the Rights of Indigenous People was brought up:

"They all looked to Canada for leadership and I think when they’re now seeing Canada take the leadership again after a decade, I think that’s going to have a huge effect," he explained.

Martin also called on Canada to incorporate Indigenous history into school curriculum so that they too, can become ambassadors of healing and reconciliation, both at home and abroad.

"Every time I go to a First Nations community and I see those five and six-year-old kids running around, the only thing that crosses my mind and the only thing I think should cross anyone’s mind is what a better world it’s going to be for them because of this," he said.