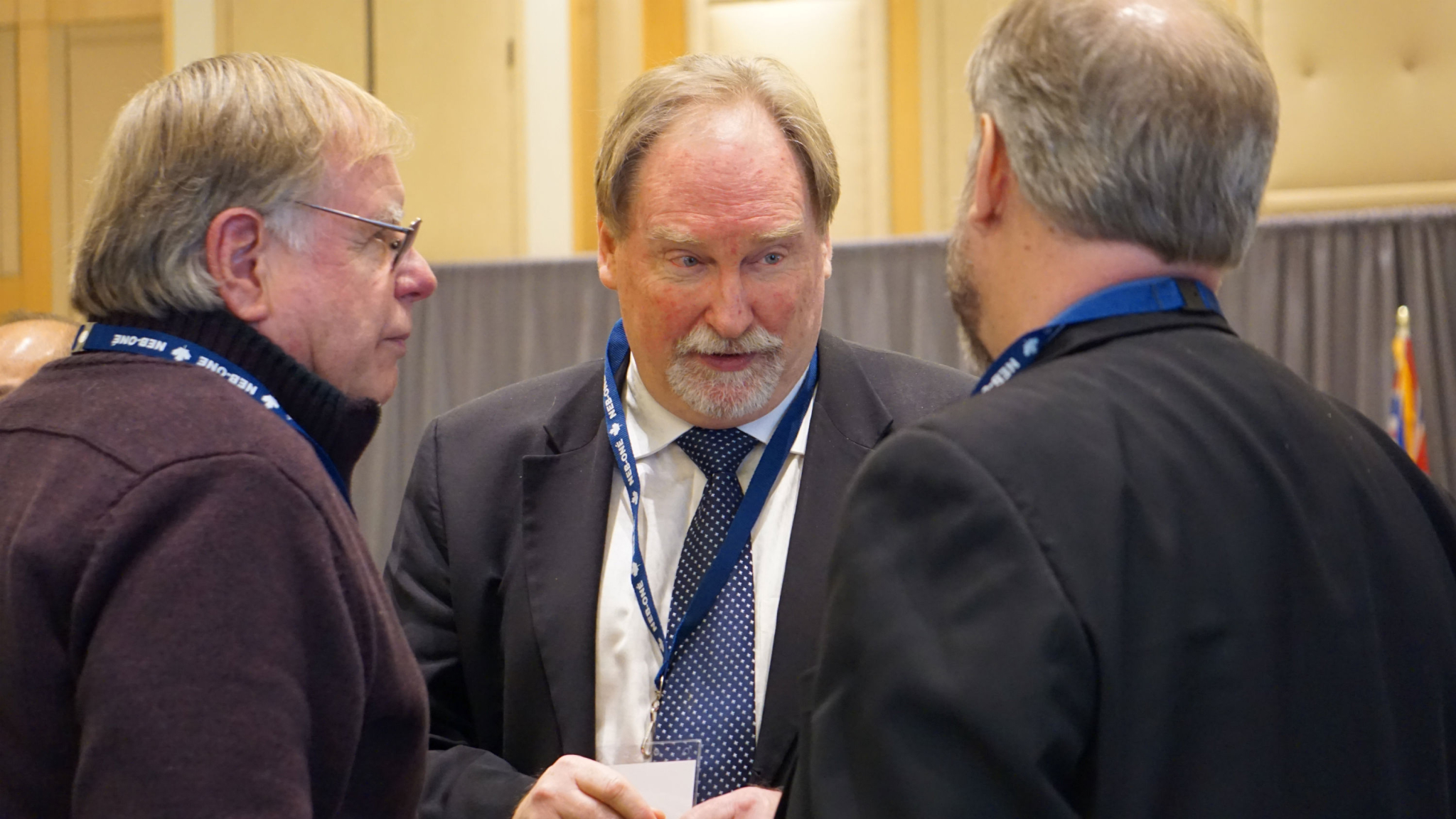 The City of Burnaby's legal counsel, Gregory McDade, burned the National Energy Board panel in a fiery presentation at the public hearings on Kinder Morgan's controversial Trans Mountain pipeline expansion on Wednesday.

“It has become obvious that this board is not capable of representing the public interest,” he scolded, speaking to NEB panelists David Hamilton, Alison Scott, and Philip Davies.

“It indeed appears that you’re here sometimes to represent the interests of an American oil company.”

The Trans Mountain pipeline expansion is a proposal by Texas oil-giant Kinder Morgan to add roughly 980 kilometres of brand new pipeline to an existing system, tripling its carrying capacity from 300,000 barrels per day of crude oil and refined petroleum to 890,000 barrels per day. The current pipeline runs from the oil sands in Alberta to refineries and marketing terminals in Vancouver and Washington.

If approved, it would more than double the number of tanks at the company’s tank farm in Burnaby, exposing thousands of residents to the risks of a major toxic fire. It would also run straight through six or seven municipalities in Vancouver’s Lower Mainland, disrupting operations and generating extra infrastructure and utility costs.

McDade, who practically berated the NEB panelists for 40 minutes, called the project “rapacious,” and the NEB regulatory system a “sham” and “broken.”

“This panel never considered routing options at all, and you have consistently sided with Trans Mountain on almost every issue of substance,” he said. “This is the first serious NEB hearing about a major project ever to have denied cross examination.”

Not a matter of public interest

He also mocked the NEB’s concept of a “public hearing,” which contains no members of the public save media and interveners.

“How would you know what the public in British Columbia is thinking?” he demanded. “You have designed a process where two years in, you have never had a single meeting where the public could attend. Unprecedented. Ridiculous.”

He called the NEB to have the “courage” to reject Kinder Morgan’s proposal, a final statement met with applause from other interveners in the hearing room.

The City of Burnaby, led by Mayor Derek Corrigan, has done everything in its power to stop Kinder Morgan’s Trans Mountain pipeline expansion from ploughing through its communities.

In 2014, over 100 citizens were arrested protesting the proposal on Burnaby Mountain, and in 2015, its mayor asked the federal government to cancel the National Energy Board (NEB) hearings, citing extraordinary matters of conflict of interest.

In November, it lost a court battle against Trans Mountain to put the project to rest for good, and earlier this month, begged once more to the have the NEB hearings, which are currently underway, suspended pending further community consultation. ​