By Charles Mandel | News, Culture | February 1st 2016
#8 of 431 articles from the Special Report: State Of The Animal 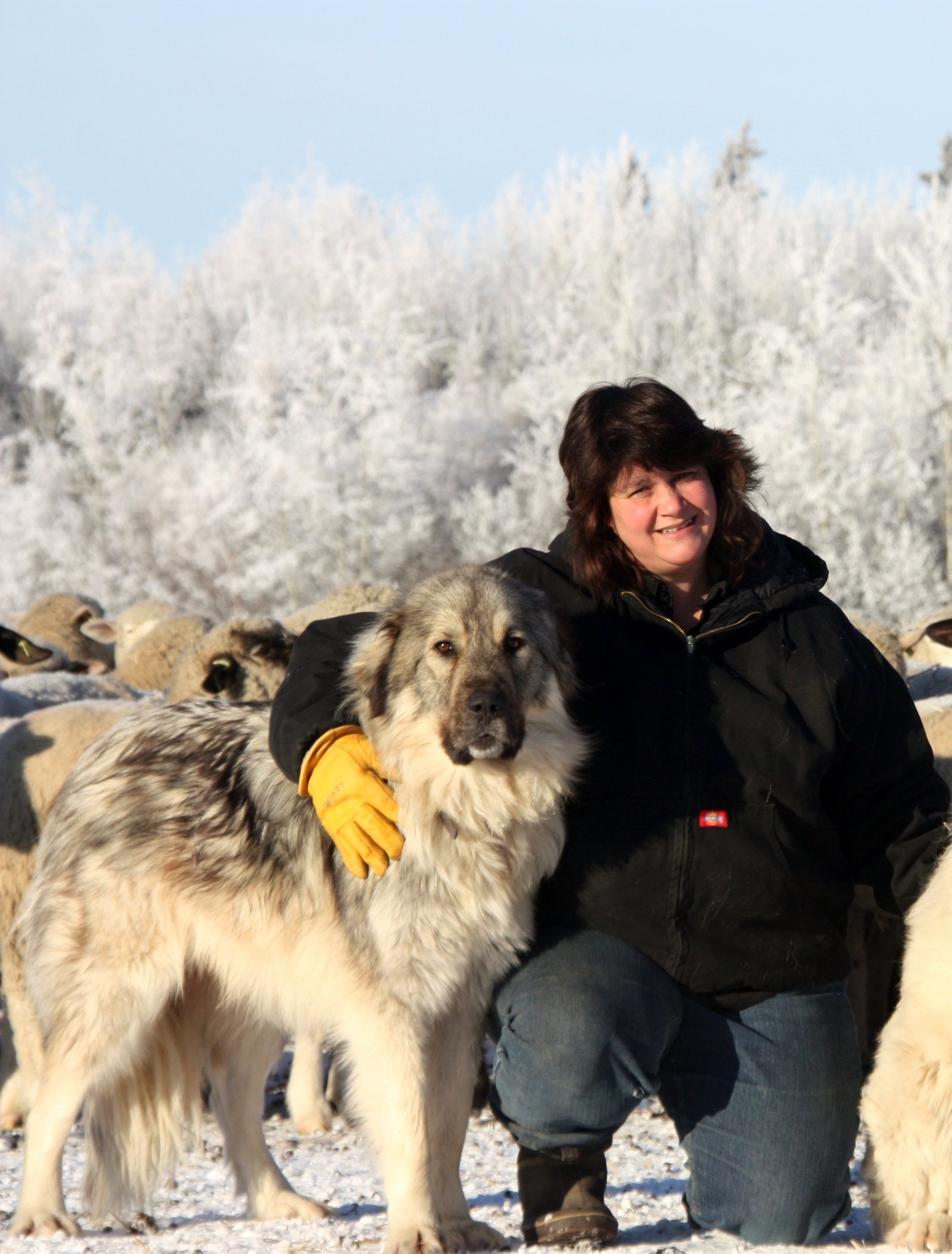 When Louise Liebenberg made her position clear on a bounty for killing wolves, she received threats.

It was 2008 and a group of ranchers near High Prairie in northern Alberta had gone to the council of Big Lakes County asking for help to prevent wolves from taking their cattle and sheep.

Out of the some 100 ranchers present at the county meeting, Liebenberg and one other individual were the only ones opposing the bounty.

After the meeting a woman - another rancher in the region - approached Liebenberg outside the local post office and told her that she’d “get her.”

“It really gets peoples’ blood boiling,” Liebenberg told National Observer during a phone interview. “People feel so strongly about it.”

Liebenberg is herself a rancher in the region. She has 400 ewes, somewhere between 1500 and 2000 lambs throughout the year and 80 head of cattle.

But unlike many other ranchers, Liebenberg believes wolf predation of livestock can be controlled without having to shoot wolves.

“I’ve always been opposed to any large-scale killing of wildlife,” Liebenberg said. “It does not work. We are very much of the mind you can ranch and have predators and wild animals around you. It just requires a little more management than what most people are prepared to do.”

In September 2010, the then-Municipal District of Big Lakes introduced its “wolf hunting incentive program.” Every wolf killed is worth $300.

Some 400 wolves in the county have been killed since the introduction of the bounty. “Anybody can go out and shoot a wolf,” Liebenberg said. “Trappers, hunters. Ranchers are too busy ranching.”

Liebenberg maintains she is not alone in her distaste for the wolf bounty. She said Joe Englehart, another rancher in southern Alberta, manages roughly 1,000 head of cattle on a large grazing reserve.

“He is very like-minded” Liebenberg said. “You can co-exist and you can work together.”

National Observer was unable to reach Engelhart for this story, but both he and Liebenberg were featured last June in an Alberta Wilderness Association publication as “pioneers” who eschewed the bounty system.

Using a combination of range riding and herding dogs, Engelhart had kept predation on his ranch down to a single yearling since 2008.

But an early December 2015 article in Alberta Farm Express gives the impression that wolves are currently decimating livestock herds. The headline trumpeted: “Wolves filling up on cattle in southwestern Alberta.”

The story then went on to cite a study from University of Alberta ecologist Mark Boyce that said cattle made up 45 per cent of wolves’ diets during grazing season. What the story neglected to say was that the study dated back to 2011.

In a phone interview, Boyce cautioned National Observer that while the 45 per cent figure was correct, the study area was in southwestern Alberta, where ranching brushes up against mountain wilderness.

There, the ranchers will take yearlings up into the back country in June, drop them off and then return in October to pick them up again. “Wolves just can’t resist the stupid yearlings,” Boyce said. “They’re just so easy to kill.”

Boyce’s study, co-authored with Andrea Morehouse and published in the journal Frontiers in Ecology, received partial funding from the Alberta Beef Producers.

In a fact sheet on the study, the Alberta Beef Producers noted while the research area represented only three per cent of the province’s land, it was was responsible for 37 per cent of Alberta’s predator compensation.

“Most previous studies have generally reported that most wolf packs kill one beef animal per year, but the packs in this study killed an average of 17 beer cattle per year,” the fact sheet noted.

“The results of this research do not justify efforts to eradicate wolves. However, these results do suggest that ranchers may be feeding more wolves than predator compensation programs currently recognize,” the fact sheet continued.

Boyce himself believes bounties don’t work. “They’re pretty ineffective and the system gets cheated all the time because people will take wolves from other places and then go and claim the bounty.”

Rather, Boyce said targeting problem animals is the most effective way to deal with predators. “What does not work is blanket killing of wolves.”

A number of researchers maintain that increasing wolf kills aggravates the problem as it can result in increased reproduction the next year.

A paper published in the online science journal, PLOS One and titled the Effects of Wolf Mortality on Livestock Depredations found that killing wolves actually increased the number of livestock deaths the following year. The loss of a breeder ina wolf pack during or near breeding season could result in "related social disruption," and reduced ability to prey on wildlife, which led the wolves to target livestock instead.

The same paper also cited previous research that found reducing wolf population over two years in Alberta from 40 to three years resulted in a decline in livestock deaths for two years - followed by recolonization of the wolves and increased livestock deaths after that.

Even provincial Fish and Wildlife staff opposed the bounty in Big Lakes County, although the department never recommended against it. But Freedom of Information and Protection of Privacy Documents that Liebenberg obtained show that various staff opined the bounties would not work.

Kevin Van Tighem, the former superintendent of Banff National Park. noted in an Alberta Views article in 2014 that for the previous four years the M.D. of Big Lakes paid out $300 each for a total of 356 wolves.

“That’s a big investment of ratepayers’ funds,” Van Tighem wrote. “But councillors think it saves cattle - even though wolves kill fewer than nine cows a year in the region.”

Other Alberta counties have bounties as well. Cardston pays $500; Clear Hills and Northern Lights offer $250 per wolf; while Bonnyville and St. Paul only pony up $15 per carcass.

Back in High Prairie, Liebenberg said a number of things can be done to deter predators, most of them “just little things.”

She runs herding dogs among the sheep and calving cows to keep them safe and says in eight years she has only lost one ewe - and that was to a coyote.

She cleans up dead animals and composts the carcasses; checks on the cattle daily; and if they find any sick or weak ones, they bring them home and put them in a safe place. “Leaving a weak calf is inviting predators in,” Liebenberg said.

Liebenberg also makes sure that the hay is brought in so that it doesn’t tempt elk to come and eat it. The wolves follow the elk, which leads to problems.

Like Boyce, Liebenberg believes that if there is a wolf that “hell-bent” on killing cattle, then it needs to be killed. But she calls that a last solution and says everything else should be tried first.

“I think there are better ways. I think personally the government should focus on a different aspect.

“I think what they need to do is focus on long-term sustainable efforts that help the ranchers reduce predation.”